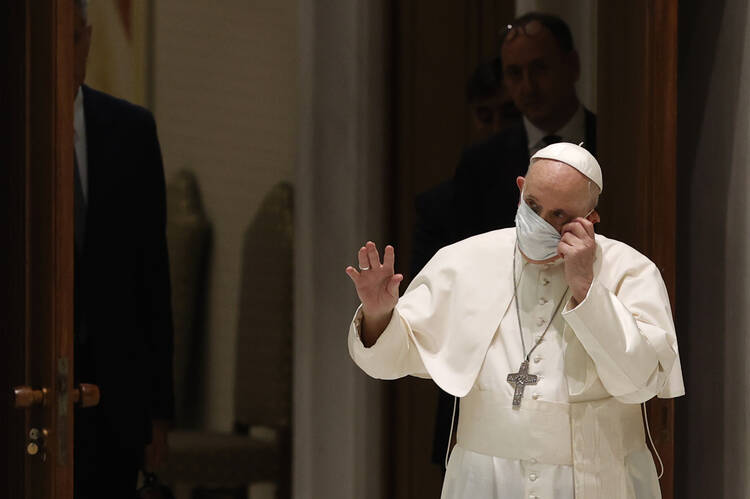 Pope Francis takes off his protective mask as he arrives to attend his weekly general audience in the Paul VI hall at the Vatican, Wednesday, Aug. 4, 2021. (AP Photo/Riccardo De Luca)

The suspicious envelope was intercepted by postal employees overnight at a mail sorting facility in a Milan suburb, according to the carabinieri provincial command in Milan. It had been sent from France.

The envelope was addressed by hand in pen to: "The Pope, Vatican City, St. Peter's Square, Rome," and contained three bullets presumed to be for a pistol and a message referring to financial operations at the Vatican.

An investigation is ongoing. There is no immediate comment from the Vatican.