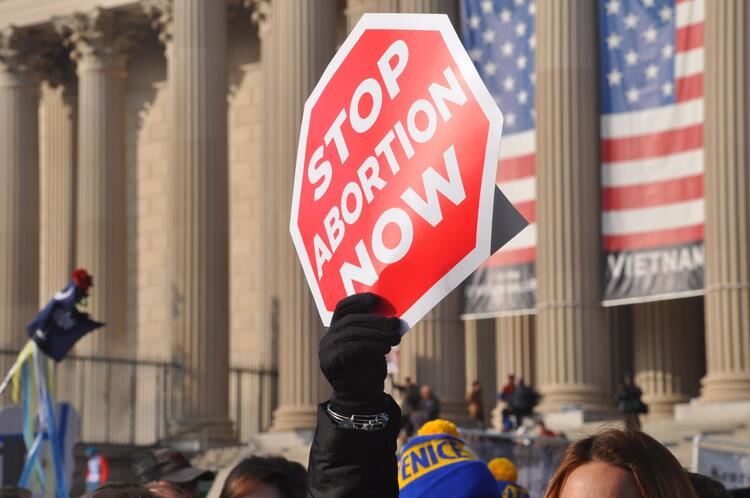 Photo by Maria Oswalt on Unsplash

Editor’s note: This article is part of The Conversation with America Media, offering diverse perspectives on important and contested issues in the life of the church. Read another view on the preeminence of abortion here.

Given what we have already been through over the last few decades, it seems impossible that abortion politics in the U.S. Catholic Church could have reached a new fever pitch. But with the recent vote by the U.S. Conference of Catholic Bishops to prepare a document that, among other things, is likely to outline the conditions under which Catholics may be denied the Eucharist, that appears to be what is happening. The move to create such a document was supported by a supermajority of bishops and, frankly, will likely not say anything that has not already been said. Abortion is, of course, by no means the only priority for the bishops, but prenatal justice remains their pre-eminent priority, as stated in their prior document “Forming Consciences for Faithful Citizenship.”

Not all Catholics agree with this position, of course. In a recent article in America, the theologians Todd Salzman and Michael Lawler contend that the bishops should stop singling out abortion in this way. They believe that support for their position can be found in remarks from Pope Francis in his apostolic exhortation “Gaudete et Exsultate” (No. 101):

Our defence of the innocent unborn...needs to be clear, firm and passionate, for at stake is the dignity of a human life, which is always sacred and demands love for each person, regardless of his or her stage of development. Equally sacred, however, are the lives of the poor, those already born, the destitute, the abandoned and the underprivileged, the vulnerable infirm and elderly exposed to covert euthanasia, the victims of human trafficking, new forms of slavery, and every form of rejection.

Dr. Salzman and Dr. Lawler seem to take these remarks to endorse a moral equivalence between abortion and other issues affecting human life. While we unapologetically and vigorously support a consistent life ethic in which those who are born are equally sacred to unborn human lives, it does not follow that all matters affecting human life are morally equivalent. For instance, being wrong about the intentional and violent killing of an unimaginably vulnerable child who cannot speak up in her own defense is clearly worse than being wrong about what the marginal tax rate should be. Furthermore, we are concerned that appeals to consistent life ethics too often are used wrongly to downgrade or ignore the claims of prenatal human life.

We are concerned that appeals to consistent life ethics too often are used wrongly to downgrade or ignore the claims of prenatal human life.

In a new introductory letter to “Forming Consciences for Faithful Citizenship,” adopted by the U.S.C.C.B. last November, the bishops write: “The threat of abortion remains our preeminent priority because it directly attacks life itself, because it takes place within the sanctuary of the family, and because of the number of lives destroyed. At the same time, we cannot dismiss or ignore other serious threats to human life and dignity such as racism, the environmental crisis, poverty and the death penalty.” We agree, and it is worth underscoring the number of lives lost here. The society-rending Covid-19 pandemic has not taken nearly as many lives as abortion has during the same span of time. Especially because of our decades-long fights over abortion, it is easy to become numb and even complacent about these deaths. But as Pope Francis reminds us, each of these lives bears the face of the Lord as the least among us.

To agree with Pope Francis is to affirm that prenatal human life is equally sacred to postnatal human life; a genuinely consistent life ethic requires being “clear, firm and passionate” in defense of the unborn. The Roe status quo must, therefore, be opposed.

That is clearly not the position of Catholic Democratic members of the House of Representatives who signed a recent statement that opposes what they regard as “the weaponization of the Eucharist to Democratic lawmakers for their support of a woman’s safe and legal access to abortion.” These legislators believe the bishops are being inconsistent, since they are not threatening access to the Eucharist for Catholic politicians who support the death penalty, harsh immigration policies and more limited forms of assistance for those who are impoverished. They urge the bishops not to deny the Eucharist “over one issue.”

On one level, these lawmakers have a point. Eucharistic coherence must go beyond abortion to other issues of grave importance on which the church teaches. But it is clear from their statement that this particular group of politicians do not agree with, or act in accordance with, the church’s teaching on abortion that prenatal human life is equally sacred to postnatal human life; nor do they endorse a genuinely consistent life ethic that includes being “clear, firm and passionate” in defense of the unborn.

What if someone said that they were only interested in addressing the “root causes” of racism—and not actually protecting people of color with the law?

While the Catholic Democrats mentioned above say they are committed to helping to reduce abortion by making it less desirable because of various forms of government assistance, basic justice for the most vulnerable is not served by this stand. Again, what if someone said that they were only interested in addressing the “root causes” of racism—and not actually protecting people of color with the law? While it is of course an essential matter to address root causes of injustice, one is not in line with church teaching on racial justice unless one regards it as necessary that people of color have equal protection under the law. So it is with prenatal justice. These Catholic politicians say they “agree with the Catholic Church about the value of human life.” But they do not in fact agree if they do not see every human being as equally sacred and deserving of the equal protection of the law.

A genuinely consistent life ethic requires being “clear, firm and passionate” in defense of the unborn.

In their joint statement, they give some acknowledgement of their disagreement with church teaching when they say that they recognize “the Church’s role in providing moral leadership,” but “acknowledge and accept the tension that comes with being in disagreement with the Church in some areas.” Here they appeal to “the primacy of conscience” to justify their dissent. Dr. Salzman and Dr. Lawler also maintain that “many” Catholics disagree with church teachings on the evils of abortion “based on well-formed consciences.” But we are not told in what sense such consciences that deny prenatal human lives equal protection of the law are “well-formed.” This is an evaluative judgement that implies a position that does not in fact affirm a consistent life ethic. Again, would one say that a well-formed conscience could support white supremacy or policies that denied people of color equal protection of the law?

To reiterate, we affirm a consistent life ethic in the strongest possible terms. This includes not only considering many more issues than abortion, but also focusing on the well-being of women and families. We urge all Catholics to resist the false choice between “supply” and “demand” approaches to abortion; that is, between opposing the practice of abortion (the supply side) and addressing the root causes that lead to abortion (the demand side).

But an authentically Catholic consistent life ethic means treating prenatal children as the equivalent of every other human being. When we do that, and then simply “do the math,” it is easy to see why fundamental justice for prenatal children is the pre-eminent justice issue of our time.

Charles C. Camosy is a professor of medical humanities at the Creighton University School of Medicine and holds the Monsignor Curran Fellowship in Moral Theology at St. Joseph Seminary in New York. He is the author of seven books, including, most recently, Bioethics for Nurses. 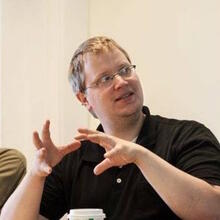 David McPherson is an associate professor of philosophy at Creighton University.

@davidlmcpherson
Show Comments ()
Join the conversation: Login or create an account
Before you can comment, you need to update your profile to include your first and last name, as required in our comments policy. Then reload this page and you'll be set up for commenting. Update your profile