The Temptation of Spiritual Whataboutism 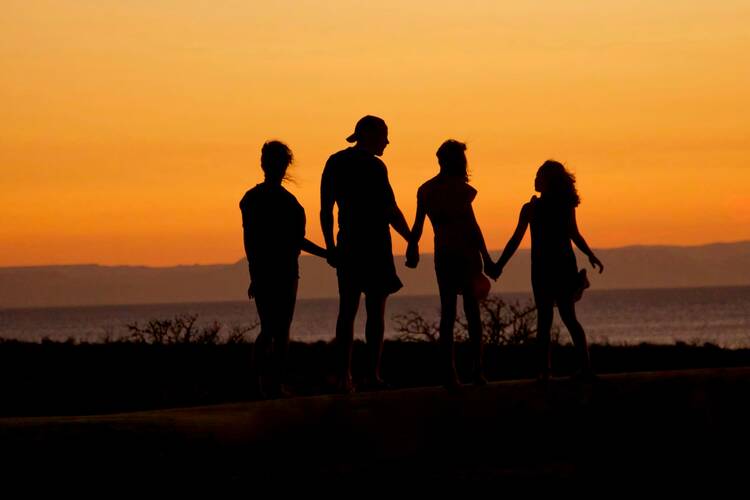 image by Mike Scheid on unsplash

This morning, like most mornings lately, I sit at the breakfast table staring into my Cheerios, exhausted. “Doc McStuffins”plays in the living room, distracting both of my daughters and providing, if not quiet, then something in quiet’s extended family tree.

My 9-month-old was up again at all hours of the night, and my 3-year-old filled in the gaps. Wailing from one room, sobs from the other, and me in my battered blue slippers stumbling back and forth between the two. “It’s your turn,” I mumble to my wife, night after night, collapsing back into bed, defeated. “I’m on it,” she mumbles back. I don’t think she even bothers with the slippers.

The days start early. There is little hope of recovering from the weeks-long lack of sleep. Babies are tough: They summon forth new cells to make teeth, grow hair and, somehow, get taller in those shadowy pre-dawn hours. While they do that, I battle grogginess compounded by ongoing pandemic stress, plus tripping over that Elsa doll again and the Doc McStuffins toys all over the living room and remembering the baby’s plate still caked with banana gunk and the dirty wine glasses mixed in with the dirty baby bottles in the very dirty sink and weighing the cost-benefit analysis of going for a quick morning run versus getting a headstart on the day’s email backlog, plus that new writing project, and remembering that I still have to be a half-decent parent.

I battle grogginess compounded by ongoing pandemic stress, plus tripping over that Elsa doll again.

All of it always means the day will be long and tiring and frustrating. I chase after that last Cheerio with my spoon. My thoughts wander.

Mere weeks before Covid-19 slammed the door on the world’s hopes for the year 2020, I had been in Amman, Jordan, visiting the Jesuit Center and the refugee community it served. I had heard so many stories of violence and abuse, war and death, dashed dreams and uncertain futures. One young man from South Sudan—his English newly learned and very rusty—seared into me the words raped and killed, his eyes meeting mine to be sure I had not missed his meaning. He had been talking about his family, his flight from his homeland.

Reflecting on that encounter sitting at my breakfast table at home, Cheerios gone and seeing no reflection in what was now a bowl of milk, I thought: What about him? Were my Covid-19 challenges able to measure up to those of a South Sudanese refugee?

And I only have two kids; what about those parents with three or four or more? What about single parents? Those who have lost their jobs, their income, their homes?

It is a dangerous journey for one’s thoughts to take, this harrowing trek to find someone whose plight is worse than my own. It is tempting to set aside my own sadness, my own struggle, because I deem it insignificant by comparison.

What about him? Were my Covid-19 challenges able to measure up to those of a South Sudanese refugee?

The sad, hard truth of it is, there are always going to be people who have it worse than I do—much worse. That does not invalidate my suffering; nor does it take anything away from theirs. If anything, that reality should only remind us of our shared responsibility, as people, to look out for one another.

Bad things, traumatic things, happen to us every day, no matter who we are, where we live or our status in society. Sometimes we just do not want to deal with those hurts. And so we cast about elsewhere—in the past, in someone else’s life, in our imagination, searching for any rationale, flimsy as it may be, to justify not dealing with the problem in front of us.

In practice, this means I forgo a simple method of taking care of my own frazzled mental health, namely a daily workout. Instead of asking my wife to manage the kids for me while I go for a 30-minute run, I think, What about her? I think. The girls are driving her crazy, too. This line of thought prevents me from taking action to take care of myself.

Granted, it is not a bad impulse, to think of one’s spouse. The end result, though, is a father and husband that much closer to the edge of impatience and anger. I should have said to my wife: “I need 30 minutes. And then you get 30 minutes. And that hour will make all the difference in our relationship, in our home.”

Bad things, traumatic things, happen to us every day, no matter who we are, where we live or our status in society.

Too often, political leaders, news anchors, pundits and social media influencers default to the disingenuous tactics of whataboutism. It is arhetorical trick with roots in the former Soviet Union that mirrors, in many ways, interpersonal whataboutism. Something bad happens—traumatic, perhaps—within society. Rather than deal with it, rather than uncover and meet the needs of the moment, we do nothing. The aggrieved side declares “That’s not the real problem. What about this...?”

We saw it in a stunning, shocking way in the wake of the Capitol insurrection on January 6, 2021. Afterwards, there was a scramble by some Trump supporters to deflect blame and judgment rather than do the hard work of repentance and reconciliation. “But what about the looting done during the Black Lives Matter protests last summer?”

Potentially fruitful conversations and reckonings shrivel and die as one group hurls whataboutisms at the other until some new disaster emerges.

Rather than deal with a traumatic event, the aggrieved side declares:“That’s not the real problem. What about this...?”

When we are confronted with suffering, pain, injustice it is always going to be easier to change the subject and say, “What about...?” When Jesus learned that his friend Lazarus was sick and dying, he diverted from the hard fact of Lazarus’ suffering: “This illness is for...the glory of God, that the Son of God may be glorified through it” (Jn 11: 4). It is almost as though Jesus is saying, “Yeah, he’s sick, but what about...?”

I’m a young man of God in a high-stress, chaotic world. St. Joseph was too.
Conor Bellone

Then, after arriving in Bethany, Jesus is taken to where Lazarus has been laid to rest. As John writes: “Jesus wept” (Jn 11: 35). He is not thinking about all the other people who died that day. He is thinking about the people right there in front of him; their suffering, their pain. The tears of Christ are a challenge. Don’t change the subject, they say. Stay with this challenging moment.

For me, this isn’t an abstract spiritual practice. It starts at that breakfast table. It’s as practical as catching myself—in those moments of parenting struggle—saying “What about so-and-so with the three kids? I bet he wouldn’t be struggling with just two, struggling like I am.” This spirituality is as practical as saying, God, I am the dad you’ve given these two girls. Help me meet the demands of this moment. Keep me focused on the here and now. Amen. 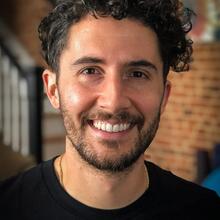 Eric Clayton is the deputy director of communications for the Jesuit Conference of Canada and the United States and the author of a forthcoming book on Ignatian spirituality and storytelling (Loyola Press). He lives in Baltimore with his wife and two daughters.

@eclaytopia
Provide feedback on this article
Join the conversation: Login or create an account
Before you can comment, you need to update your profile to include your first and last name, as required in our comments policy. Then reload this page and you'll be set up for commenting. Update your profile