The 8 causes U.S. bishops want Catholics to pray for during this year’s Religious Freedom Week 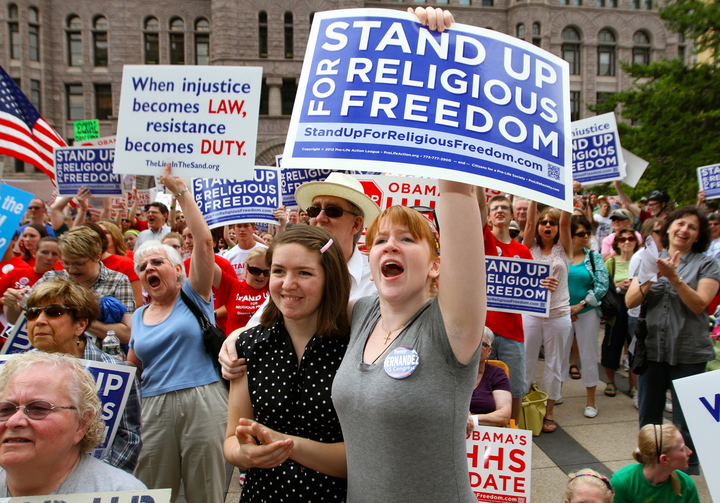 WASHINGTON (CNS) — The U.S. Conference of Catholic Bishops invites Catholics “to pray, reflect and act to promote religious freedom” during Religious Freedom Week, which is set for June 22-29 and has as its theme “Solidarity in Freedom.”

“Solidarity means much more than engaging in sporadic acts of generosity,” the USCCB said in a June 2 news release about the annual observance.

“It means thinking and acting in terms of community,” it said, quoting Pope Francis’ encyclical “Fratelli Tutti.” “Religious freedom allows the church, and all religious communities, to live out their faith in public and to serve the good of all,” the release added.

The U.S. Conference of Catholic Bishops invites Catholics “to pray, reflect and act to promote religious freedom” during Religious Freedom Week, which is set for June 22-29.

The first day of the observance is the feast of two English martyrs who fought religious persecution, Sts. Thomas More and John Fisher. The week includes the Nativity of St. John the Baptist, June 24, and ends with the feast of two apostles martyred in Rome — Sts. Peter and Paul.

Each day of the week focuses on different religious liberty topics of concern for the U.S. Catholic Church. Resources prepared by the USCCB for Catholics to “Pray — Reflect — Act” on the day’s theme can be found at: www.usccb.org/ReligiousFreedomWeek. The topics are:

The USCCB resources aim “to help people understand religious liberty from a Catholic perspective, pray about particular issues and act on what they learn by advocating for policies that promote religious freedom,” the news release said.

“Through prayer, education and public action during Religious Freedom Week, the USCCB hopes to promote the essential right of religious freedom for Catholics and for those of all faiths,” it added.

Catholics can connect with the USCCB Committee for Religious Liberty by texting FREEDOM to 84576 to sign up for First Freedom News, the committee’s monthly newsletter.