The Trinity reveals the foundation of the universe: Love 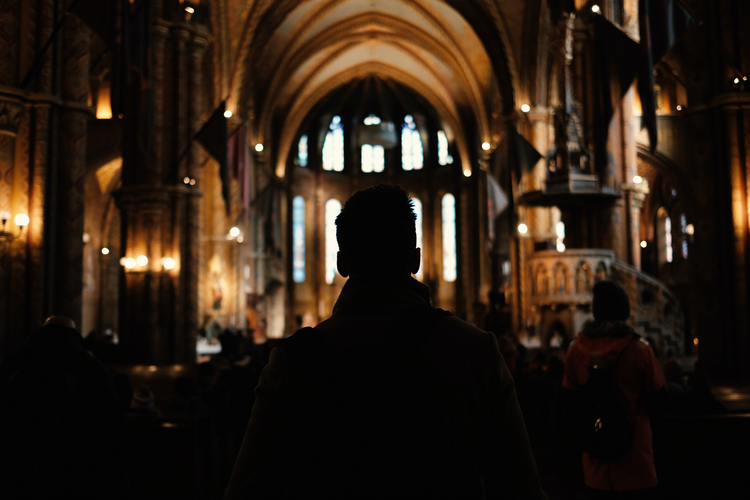 Photo by Mark Kassinos on Unsplash.

A Reflection for Trinity Sunday

To my mind, the Trinity should not be preached or celebrated as such. That seems to suggest that we can comprehend the Trinity, count it among our concepts. But we cannot because the Trinity is not something that we perceive. It is the place where we dwell. The Trinity is our cosmic arch, the dwelling wherein we and everything else nestle.

Scripture does not focus upon the Trinity as such. Indeed, it does not even employ the term. And the sacred liturgy, which is the best place to understand what we are to believe and how we are to pray, never addresses a Trinity. Instead, standing in the place of the Son, in the power of the Spirit, we address all praise and petition to God the Father.

Yet this Sunday the church asks us to examine the unexaminable: to ponder what is nothing less than our own prelude, pavement and posterity. So, let’s come at the uncharted from far out in left field: the first law of thermodynamics. As Brian Greene, a professor of physics and mathematics at Columbia University, puts it inUntil the End of Time: Mind, Matter, and Our Search for Meaning in an Evolving Universe (2020): “It’s the law of energy conservation. Whatever energy you have at the beginning of a process is the same energy you’ll have at the end of the process.” Though Greene cautions:

You must be fastidious in your energy accounting, including all forms into which an initial cache of energy may have transformed, such as kinetic energy (energy of motion), or potential energy (stored energy, as in a stretched spring), or radiation (energy carried by fields, like the electromagnetic or gravitational fields), or heat (the random jittery motion of molecules and atoms). But if you keep track carefully, the first law of thermodynamics ensures that the energy balance sheet will balance.

Put another way, as one of the foundational elements of the universe, energy never disappears. It only passes over and into other forms. And, as the better known second law of thermodynamics tells us, eventually all the energy in the universe will pass into such a dispersed state of entropy as to make the universe itself unsustainable.

The Trinity, as it is revealed to us in Christ, tells us that love itself is a foundational element of the universe.

Now what have I accomplished? I told you the Trinity was inconceivable and then proceeded to torture you with equally perplexing laws of thermodynamics. What am I thinking? Where am I going?

The Trinity, as it is revealed to us in Christ, tells us that love itself is a foundational element of the universe. In its own way, as love, the Trinity corresponds to the first law of thermodynamics: It never ceases to exist because it never diminishes. It only passes over, passes into different forms and focuses, if you will.

The Father is love. Note the tautology, which is not immediately apparent. The Father is nothing but love. “Father” is the word we use when we speak of the love that precedes existence itself. He was and is and will be love, before and beyond even the energy that composes the cosmos.

They do not decide to love; they are love.

The Father, who is love, passes completely, without dispersion, into the Son, who is therefore all that the Father is: He is nothing but love. The Son does not come into existence. Being love, the Father always loves. He loves the Son. And the love they share for one another is not subsequently generated by them. They do not decide to love; they are love. The Holy Spirit was, is and always will be love.

But if the first law of thermodynamics is a cipher to the Most Holy Trinity—love is the constant of the universe—the second law illustrates quite well our human condition. We receive and pass on love, but our love always dissipates and scatters. The second law of thermodynamics, the growth of entropy, is a lot like the doctrine of original sin. Left to ourselves, we will run out of love. We will squander it, reduce it to cosmic rubble. Some of us manage to do that in less than a lifetime.

But of course, the good news, the Gospel, the story of Jesus Christ reveals that we are not left to ourselves. Yes, we are that place where love dissipates, but we were created and redeemed, and we rest in a love that does not diminish and cannot be scattered. It is before all else that is. Love is a universal constant. Love constantly diffuses itself only to be drawn back into itself. This is the ultimate meaning of our existence, who we are revealed to be in the presence of the Most Holy Trinity.