These saints ministered on the margins of privilege and power. They are my spiritual and artistic inspiration today. 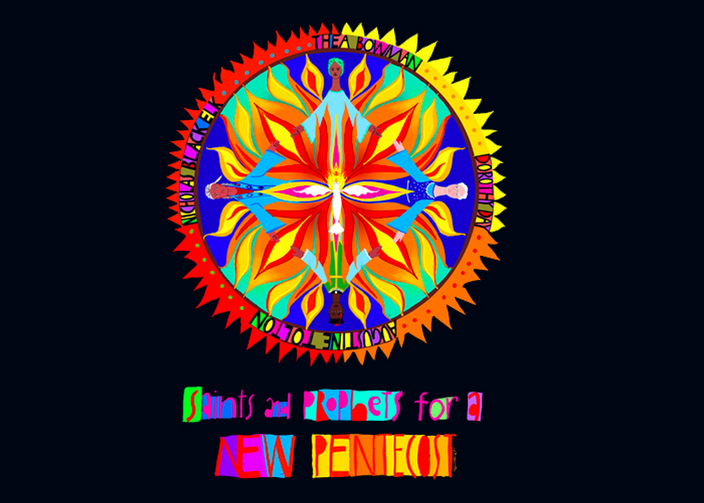 One of the greatest compliments I have ever received came my way years ago in Saginaw, Mich., where I was leading a one-day retreat for lay ministers of the diocese. In the first session, I shared nine of my paintings inspired by the life of Sister Thea Bowman as a means of telling her story. At the break, an African-American woman—one of the few people of color in the crowd that day—approached me to express her doubts that I had really painted them. When I assured her I was indeed the artist, she said, “Well, honey, you have a Black soul.” I have never forgotten that grace-filled moment because it gave me a flash of heightened self-awareness that I treasure to this day.

As our world, country and church get alarmingly messier, I derive much of my hope, inner peace and creative inspiration from those saints and prophets who lived in and spoke from the margins outside the white, privileged worlds of power and authority in both church and society. Wisdom figures such as Dorothy Day, Sister Thea Bowman, Nicholas Black Elk and Venerable Augustus Tolton look over my shoulder and into my heart, each one a pilgrim guide sharing with me his or her own take on life. They remind me that our own unique gifts have not been given to us simply for our own success or pleasure, but are meant to be shared with a world and church in desperate need of them.

Sister Thea Bowman came to me first. It was 1992, and I was struggling with the deaths of my parents and my increasing lack of enthusiasm for teaching. The academic world no longer held my interest, and at age 35 I was finally confronting that famous question: What do you want to do when you grow up? I wanted to actually be an artist, not just teach about art. I had a vague notion that I wanted to incorporate art into retreat work and spirituality and share with others the healing power of beauty. One uninspired landscape after another only led me to doubt, fear and frustration.

Along came Sister Thea in an unbridled burst of color, song and inspiration.

And along came Sister Thea in an unbridled burst of color, song and inspiration. No preliminary sketches, no intense research (that would come later). Just some brightly colored paint in a style very different from anything I had done before. I was encouraged by a Black Franciscan nun from Mississippi who urged me forward with courage and confidence. She led me beyond my doubts and fears and gave me a new life motto, one which was inspired by civil rights marchers back in the day. In her words: “It doesn’t matter if you’re scared, just keep on steppin’.”

On my first visit to Sister Thea’s hometown of Canton, Miss., I met some of her childhood friends and former students, one of whom informed me that until 1965, if Black Catholics went to a white church on Sunday for Mass, they had to stand in the back. Because they were not welcome at the altar rail for communion, the priest distributed Communion to them under the choir loft. Why in God’s name, I wondered, and wonder still, would anyone choose to remain faithful to a church like that? Where does it come from, this resilience and faith? Sister Thea taught me it comes from deep within, like a little light of my very own, and I’m gonna let it shine.

Ten years later, Dorothy Day rattled my creative cage when I read a book about her that helped me see her as much more than a nice old lady who gave soup to poor people. Thanks to Paul Elie’s very captivating book, The Life You Save May Be Your Own, I discovered in Dorothy a true soul friend, a heavenly BFF who loved beauty in any and every form. She was a prolific writer and journalist in addition to her activism, and all of it was fed by her love of music and literature, of art and nature. These things provided the prayerful serenity that sustained her in the midst of relentless poverty and injustice. Through her inspiration, I relocated to Camden, N.J. where I am still discovering, as if for the first time, “all that is visible and invisible” in a whole new light. I am coming to see how beauty reveals itself in the margins and neglected corners of our broken world. Dorothy often quoted her favorite author, Fyodor Dostoevsky, who wrote, “In the end, beauty will save the world.” Indeed it will, one rose at a time.

I discovered in Dorothy a true soul friend, a heavenly BFF who loved beauty in any and every form.

Two years ago, I spent one week as artist-in-residence at St. Joseph Indian School in Chamberlain, S.D., where I was introduced to Nicholas Black Elk and Native American spirituality. While there, I designed and led a mural painting project with the help of faculty, staff and students. Since then, I have created many paintings inspired by Black Elk’s life and Lakota spirituality because they have touched my soul to its depths.

The very heart of Lakota spirituality is described in the phrase “Metakuye oasin,” which means “we are related.” All of life is a gift from our one common creator God in whom we are all connected, not just people to people, but also people to creatures and all of creation. Because the Earth is our sacred mother, Black Elk said, every step taken on her should be a prayer. This resonates with the teachings of other saints whose homes I have visited as a pilgrim in search of my own truth: from the early Irish saints, all of whom were animal whisperers; to Hildegard of Bingen and Francis of Assisi in medieval times; to the modern scientists, artists and poets of faith, male and female, Christian or not. They—and others of similar spirit—have profoundly touched my restless artist’s heart and helped me rediscover the presence of God in the wideness of life around me.

My most recent devotion is to Augustus Tolton, the first recognized African-American priest. He was born into slavery, and in my eyes the real hero of his story is his mother, Martha Jane. She escaped one night with her infant daughter and two little sons, Gus being one of them, and rowed across the Missouri River to freedom in Quincy, Ill. Martha Jane was ultimately led by the Spirit to Father Peter McGirr, an Irish immigrant priest. He became a father figure to Gus and his lifelong advocate and mentor. He affirmed and nurtured Gus’s call to the priesthood even as every seminary in the United States denied him admission.

Despite his amazing gifts and accomplishments, Augustus Tolton endured deep-seated jealousy and toxic racism from his fellow priests and pastors.

Slowly but surely, Gus’s persistence saved the day, and he eventually studied in Rome where he thrived, freed from oppressive American racism, and where he mingled with seminarians from Africa, Asia and Latin America. After ordination, Gus returned to Illinois where he was a highly regarded pastor, beloved by people Black and white, Catholic and not. And yet, despite his amazing gifts and accomplishments, he endured deep-seated jealousy and toxic racism from his fellow priests and pastors.

Though often on the brink of despair, he never abandoned hope. One morning, Gus collapsed on the streets of Chicago in the midst of a heat wave and died later that evening. His mother was by his side when he died at the age of 43.

Venerable Gus and my beloved Servants of God—Sister Thea, Dorothy and Nicholas—remind me that I am uniquely made in the image and likeness of our Creator God who relishes variety; that there is plenty good room for each of us in the Sacred Heart of Christ; and that we are all connected in a creative Holy Spirit who never flies backwards. “It doesn’t matter if you’re scared,” Sister Thea whispers again, “just keep on steppin’!” 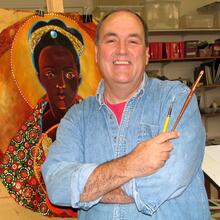 Mickey McGrath, O.S.F.S.
Show Comments ()
Join the conversation: Login or create an account
Before you can comment, you need to update your profile to include your first and last name, as required in our comments policy. Then reload this page and you'll be set up for commenting. Update your profile