I was kicked out of seminary for being too Black. But God wouldn’t let me go. 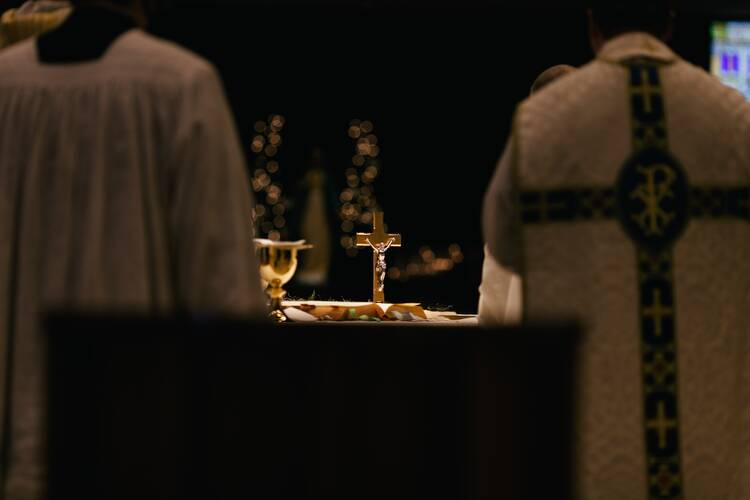 Photo by Anna Hecker on Unsplash.

When I told my parents I had decided to attend seminary and become a Roman Catholic priest, they were not happy.

I had not grown up in a religious household, and my parents had not been part of my discernment process. I attended Morehouse College and found the Catholic faith through friends and an inspirational parish community. I chose to be baptized Catholic and, eventually, to become a priest.

“You don’t know what you’re getting into,” my father warned. “You’re not understanding what the Catholic Church is really like.” I didn’t know it at the time, but my father had had some experiences with a number of Catholics whom he felt harbored a great deal of racism. He told me that if I really wanted to go into ministry I should try being a Baptist minister instead.

But I followed my call to the seminary. When I arrived for my orientation, one thing was immediately clear: Out of hundreds of students, I was the only person who was Black.

I had some wonderful classmates at the seminary, but there were also a number of seminarians who were openly hostile to me. When I came back from Christmas break, I came back to my room and there was a cross burning on my desk. Needless to say, it was very upsetting.

Out of hundreds of students, I was the only person who was Black.

I went to speak to a priest from the administration about what had happened, and the first thing he said to me was, “What did you do?” He insisted that no one would have burned a cross in my room for no reason, so I must be at least in some way to blame.

“Maybe it’s because they don’t like Black people,” I suggested. He disregarded what I said and kept digging for what I must have done to merit such a disturbance.

At first, I was convinced that I must have just spoken to the wrong priest. Someone else in the administration would be more sympathetic, I was sure. But everyone I talked to had the same concern: We can’t make a big issue out of this because it doesn’t look good.

It didn’t look good because it wasn’t good.

Lay low. Be quiet. Don’t say anything. That’s what I was told. People would tell me I was creating a bad reputation for myself, because I was speaking about things that others at the seminary didn’t want to discuss.

As hostility and dismissal only continued, I received no support. I tried to persevere, but my days were marked by humiliation and pain.

I went home to Chicago to work that summer. As the break came to an end, I received a troubling phone call from my vocation director asking why I was not going back to seminary.

Lay low. Be quiet. Don’t say anything. That’s what I was told.

I was baffled. I told him that of course I planned to return and asked what prompted his question. According to him, the seminary had said my name was not on the list. Knowing something was very wrong but unable to figure out just what it was, I called the seminary directly. When I spoke to the vice rector, who was a kind and supportive man, he initially seemed just as surprised as I was. Assuring me there must be some mistake, he asked me to wait while he clarified the situation.

When he returned to the phone a few minutes later, his tone changed. He told me urgently that I needed to come to the seminary in person as soon as possible. I pressed him for details, but that was all he would say.

Since I didn’t have a car of my own, I had to get my parents involved if I wanted to make the eight hour trip to the seminary and find out what was wrong. I knew they would not be thrilled about the long drive, especially since they never loved the idea of my attending seminary anyway. I told them I had to go, but I did not fully explain why. They were confused, but to my surprise, they agreed without much fuss.

He suggested I hadn’t filled out the necessary paperwork. Of course, I knew I had. I had even been assigned a room and put all my belongings there. “There’s something you’re not telling me,” I said, searching him for some clue about the truth.

Finally, he said that the seminary did not want me to return. When I heard him say it, I was stunned. He went on to accuse me of always bringing up things that remind people that I am Black.

“You look at me and you know I’m Black. There’s no need for me to remind anyone,” I responded.

He remained calm and said that the situation was simply something the seminary did not want to deal with and that the decision had already been made.

“Let me make sure I understand this,” I slowly stammered. “You’re telling me I cannot come here, and the sole reason is that I’m Black. Not because I broke any rules. Not because I violated any church doctrine. Not because I don’t have a sponsoring diocese. Just because I’m Black.”

“I’m telling you that you don’t fit in here,” he responded instantly. “You make people uncomfortable because you’re Black.”

I hated what I was hearing, but it was crystal clear. We both stood up. He turned away from me, didn’t shake my hand.

Completely dejected and in a state of shock, I walked to the front office and asked to be let into my room so I could collect my things. I loaded everything into a cart and walked out the door.

When my parents saw me rolling a cart towards the car, their faces contained multitudes: confusion, frustration, worry, anger. When they started asking me what was going on, I begged them to wait until I could load my things into the car. I just wanted to leave, to get far away from there. Finally, they said we wouldn’t move from that spot until I explained myself.

“I’ve been kicked out.” I told them what I had been told.

I was not going to allow other people’s hatred to control my life.

My father went ballistic. “This is what I told you about getting involved in the Catholic Church. Look at you. You’ve ruined your life. You could have had a promising career. Now look at you, carting your belongings out of the seminary, forced to go home.”

It was one of the most painful moments I had ever experienced. The eight-hour drive that followed was a blur. My mother didn’t say much, but my father kept on going. I kept thinking that he was right. He had warned me before, and now I knew he had been right.

When we finally got home to Chicago, I couldn’t listen to him anymore. I walked to the rapid transit line and just rode around, going nowhere in particular and trying desperately to clear my head.

I stopped going to daily Mass, where I was normally a regular. I wondered if I could even be Catholic anymore, much less continue pursuing the priesthood somewhere else. I felt hurt and alone.

After I worked through some of my anger and sadness in reflection and prayer, though, I realized something important: I was not going to allow other people’s hatred to control my life.

I couldn’t help being in love with God, and God wouldn’t let me go.

Of course, when I expressed that to my father, he was less than pleased. “I don’t understand what’s wrong with you,” he said. “You should quit now, get out while you can.”

I truly believe the Holy Spirit was moving me when I said, “Dad, I can’t. I just can’t.”

A cop pulled me over when I was a Catholic seminarian for driving while Black. Thank God I was with white friends.
Bruce Wilkinson

If he had said that same thing to me the day we drove home from the seminary, I would have told him that he was right and I was done. But by this moment, I knew I couldn’t walk away from what God was calling me to do, even after all the hurt I had experienced.

I know that, eventually, my father was able to see that too. Years later, after I was ordained, he saw the work I was doing and my commitment to it. “I was against you doing this,” he told me. “But I see now that it makes you happy. And what you’re doing is making other people happy. So just know that I’m proud of you.”

My father struggled to understand the choices my faith caused me to make, but with time, we both knew the truth: I couldn’t help being in love with God, and God wouldn’t let me go. 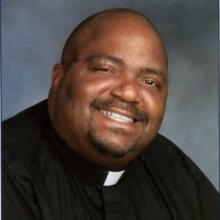 The Rev. Bruce Wilkinson was ordained for the Archdiocese of Atlanta and has been a Catholic priest for 40 years. After serving as a pastor for 33 years, he retired in order to pursue his other lifelong passions: being an amateur astronomer and train travel.

@PadreInAtlanta
Show Comments ()
Join the conversation: Login or create an account
Before you can comment, you need to update your profile to include your first and last name, as required in our comments policy. Then reload this page and you'll be set up for commenting. Update your profile