What do Winnie the Pooh and Christ’s Ascension have in common? They teach us about imagination. 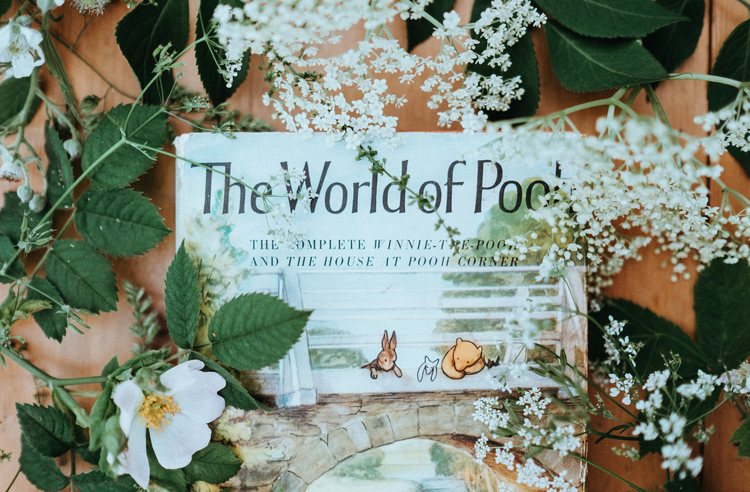 A Reflection for the Solemnity of the Ascension of the Lord

What’s good about goodbyes? When we say farewell to those who have meant so much to us, we close up a world like a book. The final chapter of Winnie the Pooh begins:

Stories, like our lives, must have endings. If we have loved them, we are terribly sad to see them come to an end, but it would not be a proper story, or a proper life, if it did not conclude. In this story, Christopher Robin’s mind is beginning to fill with things that do not belong in the forest with Pooh, Rabbit and Eeyore:

Kings and Queens and something called Factors, and a place called Europe, and an island in the middle of the sea where no ships came, and how you make a Suction Pump (if you want to), and when Knights were Knighted, and what comes from Brazil.

The worlds of adults and children are like books: You cannot be in two of them at the same time. Pooh and Piglet cannot inhabit the same world as suction pumps. Gently or abruptly, one world must close for another to open. We call it “growing up.” We might just as well call it “outgrowing a world.”

When the time comes for Christopher Robin to close a world, the world of his childhood, a place where one does nothing day after day, he is determined to carry it with him, like a book to be opened when one is sad.

Then, suddenly again, Christopher Robin, who was still looking at the world, with his chin in his hands called out “Pooh!”

“I’m not going to do Nothing any more.”

Pooh waited for him to go on, but he was silent again.

“Pooh, when I’m—you know—when I’m not doing Nothing, will you come up here sometimes?”

Today, the Gospel closes. Some would suggest that it is nothing more than an adult’s Winnie the Pooh. The two concluding stories are both captivating, but they are quite distinct. A. A. Milne wrote fiction. The evangelists recorded what truly happened.

St. Mark presents us with a Christ who leaves this world so that he can enter our imaginations.

Milne’s story is about a boy named Christopher Robin who must say goodbye to his childhood imagination to enter the world of adults. In contrast, St. Mark presents us with a Christ who leaves this world so that he can enter our imaginations.

It is there, in our imaginations, that Christ sits at the right hand of the Father. It is there that the humanity he forged on earth becomes truly glorified, set free from all earthly limitations.

“Are you saying that Christ is a Christopher Robin? No more than a figment of our imaginations?”

No, but I am saying that you should stop and ask yourself why it is that only we humans, of all the creatures of earth, have imaginations. Why do we alone tell stories? How is it that we can both know the world in front of us and equally envision a world that never was, that is still coming, that might never be? Go ahead and claim, rather foolishly, that evolution explains everything in the world. What explains imagination, the world that is not real, the world that is always becoming, that is tomorrow?

That is the world Christ enters. That is the kingdom he claims. He surrenders his spot in place and time to dwell in all places, all times. To rule in the imagination is to reign in the heart, the place that births worlds yet to come.

Christ surrenders his spot in place and time to dwell in all places, all times.

“Then how, pray tell, do we know that Christ is anything more than Christopher Robin, a product of our imagination?”

Unlike Christopher Robin, Christ existed. He died, and he rose from the dead. He then chose to enter our imaginations. Or to use the older term, to dwell in us through the gift of the Holy Spirit.

And Christ himself has already answered the question of validation. “By their fruits you will know them” (Mt 7:16). In our imaginations, Christ comforts and challenges us. He cheers us, and he causes us to remember. He rains down guilt and chagrin. He tells us that we are his and he is ours.

And it is in our imaginations that Christ takes us to the dearest places on earth, settles us among the sweetest souls we have ever known, the saints who have gone before us. He tells us that we need never leave the world that he opens in our imagination.

When Christ went to sit at the right hand of the Father, he also entered our hearts.

“But is this real or ridiculous? This God who created our imaginations so that Christ could rule there?”

You tell me. I love the place Christ dwells. I go there when I close my eyes, though sometimes my world is so full of suction pumps and factors that I need his help just to get there.

When Christ went to sit at the right hand of the Father, he also entered our hearts. When your eyes look their last upon this world, then, we pray:

May the eyes of your hearts be enlightened,

that you may know what is the hope that belongs to his call,

what are the riches of glory

in his inheritance among the holy ones (Eph 1:18).

Or, as we read in Winnie the Pooh:

So they went off together. But wherever they go, and whatever happens to them on the way, in that enchanted place on the top of the Forest, a little boy and his Bear will always be playing.