I’m a young man of God in a high-stress, chaotic world. St. Joseph was too. 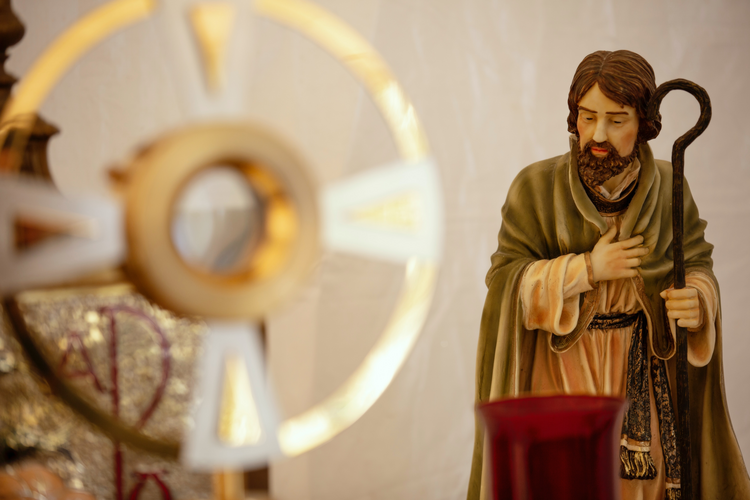 Photo by Michael O'Sullivan on Unsplash

We all have our spots in church. When studying for a test becomes especially exhausting or I am just tired of staring at my dorm room wall, I know I can return to my little spot in the Catholic college chapel: right side, near the windows, close to the statue of St. Joseph. St. Joseph seems to keep appearing in my life. I see him in every Christmas Nativity scene, of course. But I also find more frequent reminders of him during this year of St. Joseph, called for by Pope Francis. Even my dorm is called St. Joseph Hall. For all these connections and more, Joseph has become something of an old friend. After all, he was probably about my age when we first meet him in Scripture.

Of course Jesus’ earthly father is not often thought about as a young man, if he is remembered at all. He only makes brief appearances in the Bible. We read that he is a laborer descended from King David, the prophesied husband of Mary and stepfather to the Messiah. Once Jesus is born, King Herod jealously seeks the child’s life, so God calls on Joseph to lead his family to safety in Egypt. No small job. But beyond calling him “a just man” Scripture gives little insight into who this important father of the faith truly was. He never speaks. To fill in the gaps the church has traditionally thought of him as a hardworking, humble, bearded, often elderly man, quietly living out his role in church history.

This is much the way he looks in my small college chapel. Robed and bearded, he appears the perfect patriarch; his downcast eyes speak of humility and sacrifice. Yet many modern researchers view him in a different light. The International Marian Institute has stated: “We believe that Mary and Joseph were both in their teens when Jesus was born, around sixteen and eighteen respectively. This was the norm for Jewish newlyweds at that time.”

St. Joseph seems to keep appearing in my life.

I was shocked the first time I read this, but it has left an impression on me. Not only did it make more sense that Joseph was the age of most newlyweds of that time, but it humanized a character so ancient we hardly think of him as having a human age at all. When we think of Joseph as a young man, we realize he did not have the benefit of years of life experience to help him in his trials. He was certainly as scared and anxious as everyone is in their teens. When I see Joseph as a peer, it is easier to see his humanity as I can imagine him dealing with the ordinary concerns of coming of age while taking on his God-given duty to Mary and Jesus. Relationships, work, faith and love are the concerns of teenagers no matter what time period. But Joseph took on all of these with the weight of God’s mission on his shoulders. The saintliness of Joseph is that he managed to pull it off. A carpenter, a refugee, a saint, a teenager.

I am a 19-year-old Catholic moving off to college for the first time during a pandemic and a political world on fire. I am not alone in feeling a high level of anxiety and pressure; there has been a spike in mental health struggles among young people during the pandemic. It is so easy to get caught up in everything and feel overwhelmed with the weight of it all. That is why Joseph is a saint I can rely on, a saint I know, because he felt this way too. He knew not only the personal terrors of being a young person but the extra anxiety of living in a chaotic world. Although I have never been a prophet or refugee like Joseph, Joseph was a teenager like me.

I do not even need to go to a specific spot in church to find Joseph. I can find him in those around me dozens of times a day: in the immigrant dining hall worker who goes out of their way for us students, or in my friend as he calls his girlfriend to just make sure she is alright. He is there in the quiet deeds of ordinary people doing the best they can for others. This is what Joseph does; he points to holiness in the ordinary. In his quietness Joseph seems to shout that God is too big to be fit into churches alone.

When Pope Francis declared a Year of St. Joseph, running from Dec. 8, 2020 to Dec. 8, 2021, he did so to honor “an accepting Father” of Christians, but to me Joseph has grown into more of a trusted friend, a guide to holiness in an ordinary life. A young saint makes holiness seem possible for us young people. We so often only see priests and nuns called saints, and then we forget that a saint is something we are all called to be. Holiness does not come from robes and vestments, but out of a devout heart. I may never be a saint, but Joseph’s life promises that it is worth trying anyway.

After my break from exam stress and the drama of college life, I can step out of the chapel and into the quad. I carry his example as I walk back to St. Joseph’s Hall. We prefer to call it St. Joe’s. It’s always good to give your friend a nickname. 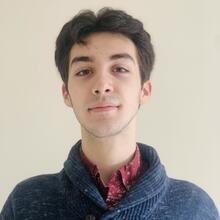 Conor Bellone is a student at Emmanuel College, Boston where he is studying History and English.