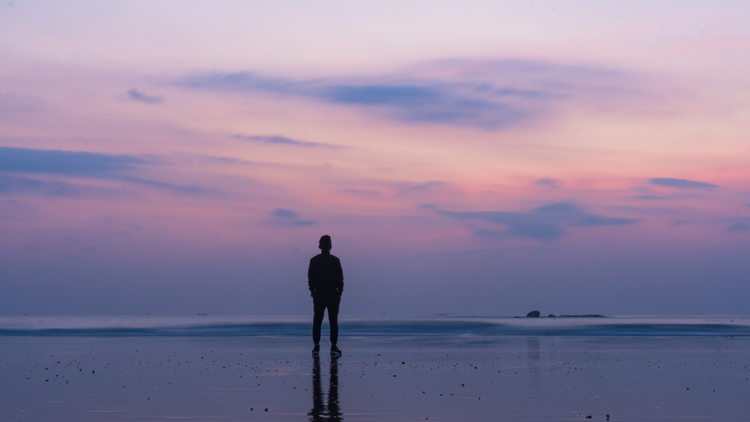 Photo by Samule Sun on Unsplash.

Reflection for the Fifth Sunday of Easter

He is not the first person to be fired for missing work, but Salvatore Scumace may have set a record for absenteeism. Until recently, the southern Italian man was employed in hospital fire safety. His job was to monitor cameras and to patrol corridors at night. His record is 15 years, without once having shown up for work.

According to The New York Times, Mr. Scumace has taken home an estimated $645,000, without earning a penny of it. Of course, he would not have been able to walk around his home neighborhood, ostensibly retired, without the connivance of others, who are currently under investigation. But as Francesco Procopio, the general director of Pugliese Ciaccio Hospital noted,

the hospital does not deserve this bad publicity. Workers here are fighting Covid and all illnesses here every day, and such behaviors are offensive to them and to all the people of Calabria.

That is indeed the issue: those who should have been able to count upon Mr. Scumace. The church is searching for her own Salvatore Scumace or, if you will, her Saul of Tarsus, the man or woman whom our Lord has envisioned leading his church forward, being his new champion for the Kingdom of God she preaches.

Perhaps, like her predecessor, our Saul of Tarsus is currently at odds with the church. She stands opposed to some of its teachings, seeing them as delaying the growth of our own humanity. Not everything in the church is as Christ would want it. The church is always reformata, reformans and reformanda (reformed, reforming and in need of reform). Or maybe our Saul of Tarsus is quite like Salvatore Scumace. Already on the rolls, one of the baptized, but more than content to let others bear the weight of the Gospel in the modern world.

We might even be more enriched by our erstwhile opponents, who are earnest and energetic, than by those who are baptized but absent.

We might even be more enriched by our erstwhile opponents, who are earnest and energetic, than by those who are baptized but absent. But who is to say, save God? Our Lord told us, “I am the true vine, and my Father is the vine grower.”

Our task is not to judge the branches of the vine. That belongs to God our Father:

He takes away every branch in me that does not bear fruit,

and every one that does he prunes so that it bears more fruit (Jn 15:2).

But we do have a mission, a responsibility toward the branches that we view as being barren or, worse, bearing bad fruit.

The first task of every believer is to deeply live what we call the theological virtues.

First, we must renew our confidence in our Lord and the church he gave us. Our lives are not without purpose. The Lord has placed us where we are in the world and at this very moment in its history. We cannot suppose that we have been born after the great work has been done, after the age of apostles and saints. No. Neither Christ nor his church is out of date. If we seem to live in an age of decline, then we must be faithful to the task we have been given in this time. Who is the Lord calling now, calling to new or deeper life in the church, through us?

The first task of every believer is to deeply live what we call the theological virtues. We must be people of faith, hope and charity. If that is who we are, we will have our eyes out for our Saul of Tarsus, our Salvatore Scumace.

The question is not who we are to confront. It is who we are to be: men and women of faith, hope and charity, who attract others to Christ and who will accompany them on their journey of faith. St. Francis de Sales put it so well when he wrote that “a spoonful of honey attracts more flies than a barrelful of vinegar.” If we live in Christ, Christ will live in us. Then, what the Book of Acts once described will be true again: The church will be built up and walk in the fear of the Lord, and with the consolation of the Holy Spirit, she will grow in numbers.

[Read this next: Bold speech must be followed by bold action]