Reflection: God lives in our traditions. Keeping them is a form of prayer. 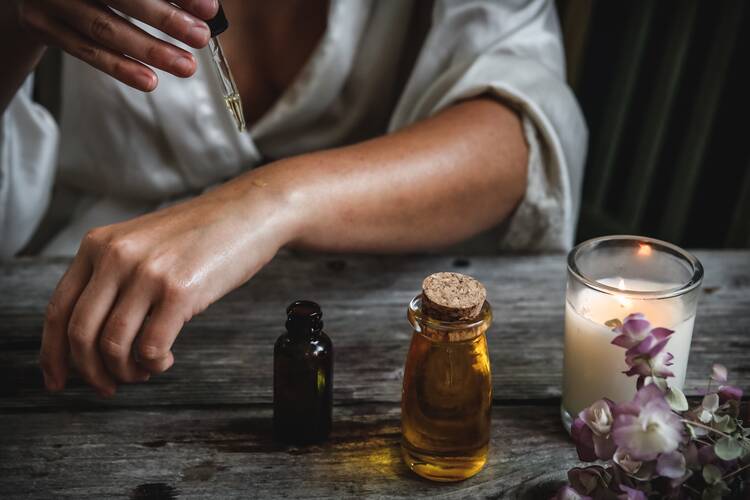 Photo by Chelsea Shapouri on Unsplash

Six days before Passover Jesus came to Bethany,
where Lazarus was, whom Jesus had raised from the dead.
They gave a dinner for him there, and Martha served,
while Lazarus was one of those reclining at table with him.
Mary took a liter of costly perfumed oil
made from genuine aromatic nard
and anointed the feet of Jesus and dried them with her hair;
the house was filled with the fragrance of the oil.
Then Judas the Iscariot, one of his disciples,
and the one who would betray him, said,
“Why was this oil not sold for three hundred days’ wages
and given to the poor?”
He said this not because he cared about the poor
but because he was a thief and held the money bag
and used to steal the contributions.
So Jesus said, “Leave her alone.
Let her keep this for the day of my burial.
You always have the poor with you, but you do not always have me.”

The large crowd of the Jews found out that he was there and came,
not only because of him, but also to see Lazarus,
whom he had raised from the dead.
And the chief priests plotted to kill Lazarus too,
because many of the Jews were turning away
and believing in Jesus because of him.

As I read the Gospel today, I keep coming back to this jar of expensive, perfumed oil that Mary pours on Jesus’ feet. We know Mary, Martha and Lazarus weren’t rich, and this oil was expensive. They would have been saving it for a special occasion.

I think of the things I’ve had that are like this. My grandmother’s ring, for example, the one with twelve diamonds, one for each of her twelve children, that my grandfather had made for her when he worked in a jewelry store. I got to wear it at my wedding, like each of my female cousins do.

Or the bottle of whiskey that I keep in my office. An old editor gave it to me and told me not to open it until I win my first Pulitzer. My first. As if I would win multiple!

These are things we save for the biggest days of our lives. They sit on our shelves and we look at them fondly, thinking of that big day. Maybe Mary was saving the oil for her wedding; maybe she used some of it to anoint Lazarus when he died, before Jesus brought him back to life.

Somehow, Mary knew this dinner was different from the many others she’d had with Jesus. This wasn’t an ordinary night, with Jesus teaching and Mary sitting with him while Martha hurried to do the dishes. This time, Mary wanted to do something special for him. So she broke out the oil and filled the house with its smell. And instead of wiping it with a towel, she wiped it with her own hair.

It’s a weird image, but I love how visceral it is. For the rest of the week Mary would be smelling that oil on her hair, remembering in the way that only smells can jog a memory, that last evening with Jesus. Maybe when he died on Friday, the smell on her hair had faded, and in a way she was looking forward to smelling it again, thinking of that night again, when she went to anoint his body.

But, of course, when she took the oil to the tomb...there was no body to anoint.