Reflection: The freedom that Óscar Romero found in Jesus 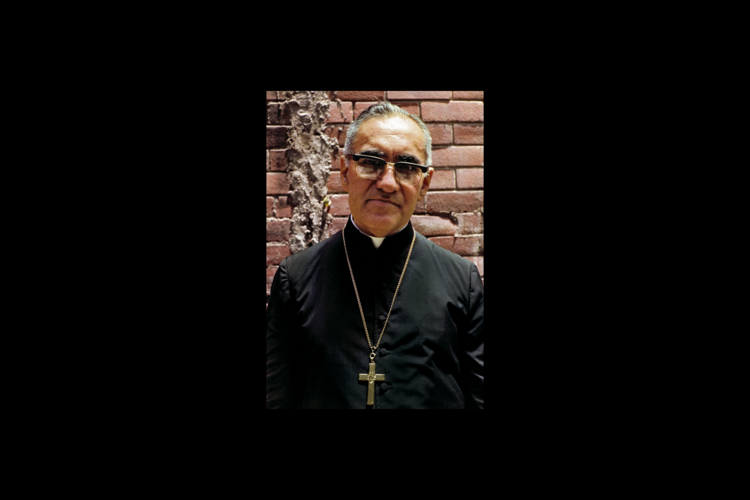 Jesus said to those Jews who believed in him,
“If you remain in my word, you will truly be my disciples,
and you will know the truth, and the truth will set you free.”
They answered him, “We are descendants of Abraham
and have never been enslaved to anyone.
How can you say, ‘You will become free’?”
Jesus answered them, “Amen, amen, I say to you,
everyone who commits sin is a slave of sin.
A slave does not remain in a household forever,
but a son always remains.
So if the Son frees you, then you will truly be free.
I know that you are descendants of Abraham.
But you are trying to kill me,
because my word has no room among you.
I tell you what I have seen in the Father’s presence;
then do what you have heard from the Father.”

They answered and said to him, “Our father is Abraham.”
Jesus said to them, “If you were Abraham’s children,
you would be doing the works of Abraham.
But now you are trying to kill me,
a man who has told you the truth that I heard from God;
Abraham did not do this.
You are doing the works of your father!”
So they said to him, “We were not born of fornication.
We have one Father, God.”
Jesus said to them, “If God were your Father, you would love me,
for I came from God and am here;
I did not come on my own, but he sent me.”

A number of years ago, I had the honor of interviewing Santos Gaspar Romero, the youngest brother of St. Óscar Romero. Romero foresaw his own death, Don Gaspar told me, and his commitment to proclaim the Gospel in spite of such dangers still inspires the world.

The first reading tells the story of three individuals who had a similar commitment to God. While Romero boldly denounced the assassinations ordered by El Salvador’s dictator, the men in the first reading stood up against Nebuchadnezzar and refused to worship a golden statue. And like Romero, they would rather die than put anything before God.

While some might see such devotion as a burden, Jesus tells us that recognizing our true relationship to God is a path to liberation. Remaining in his word, in his teaching, sets his disciples free from sin. Moreover, by following the teachings of Jesus, we become members of his family.

Jesus knew his teachings would lead to his death. Likewise, Romero and the three men in the first reading knew their actions could lead to their demise. It’s not about a complete absence of fear, but rather, it’s about not letting fear stop us from doing God’s will. Confronting our own death frees us to follow the teachings of Jesus.

This liberation from sin is a liberation that leads us to love as Jesus loves. Like Romero, the freedom we find in Christ can lead us to act on behalf of the marginalized. If we become disciples of Jesus and abide in his truth, through us God can liberate the captives.