Christ asks us what he asked himself: What is the meaning of life? 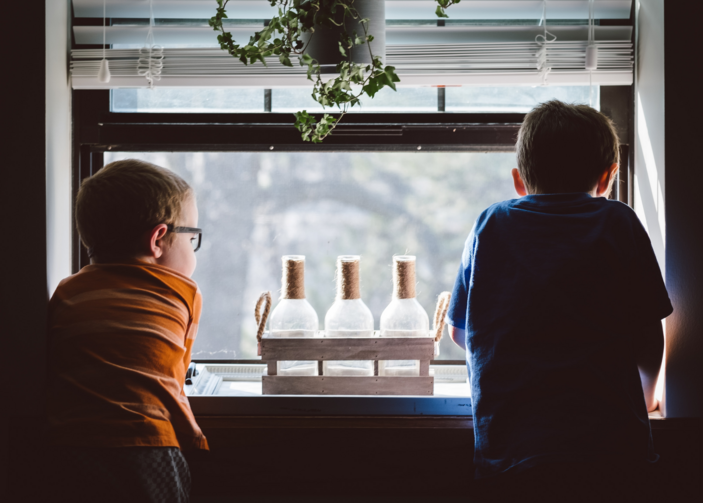 Photo by Andrew Seaman on Unsplash

A Reflection for the Fifth Sunday of Lent

Before Mass begins, I try to converse with whoever might be standing in the back of church. On a weekday without school, that might only be the altar servers. I often ask, “What have you got planned for today?”

“Is it hard to do nothing all day long?”

The servers only shrug. Sometimes one will say, “Not really.” The question cannot even land on their runways. I might as well be asking about the meaning of life.

Look for the angels in the desert of your soul
Jaime L. Waters

In its way, my question is about the meaning of life because a line can be drawn between childhood and adulthood in how that question, about the coming day, is answered. Adults do not enter their days without plans: things needing to be done, hopes for what will happen, anxieties about what might come their way. Only children truly wait to see what turns up: a game someone proposes, a screen that captures their attention, instructions from an adult.

Indeed, “What are you going to do today?” pokes at the very meaning of life, at least for adults who might pursue the question:

Why are you doing this today?

Because I didn’t get it done last week.

Why does it need to be done?

Because it must be finished sooner or later. Eventually we couldn’t go on unless it’s done.

Where are you trying to go?

You said you couldn’t go on unless you get this done. Where is your life supposed to be heading?

Here, we adults also cannot help but to shrug. Even our mental runways cannot land that sort of question. We are content to presume that today’s obligations are part of a long chain, one that stretches back from the onset of adulthood into, well, oblivion.

Not so with our Lord.

Jesus answered them,
“The hour has come for the Son of Man to be glorified.
Amen, amen, I say to you,
unless a grain of wheat falls to the ground and dies,
it remains just a grain of wheat;
but if it dies, it produces much fruit (Jn 12:23-24).

In St. John’s 12th chapter, Jesus speaks of his death, which will not occur until the 19th chapter. In recalling that Christ spoke of it as his hour of glory, the fourth evangelist heightens what each of them heralds: Death does not befall the Son of Man as it does the rest of us, as unalterable fate. No, Christ chooses it. A sacrificial death simply is the meaning of his life.

Ages of Christian piety have settled over Christ’s death on the cross. Beneath them lies a historical fact, as undeniable as it is underappreciated. Christ goes to his death insisting that his life has meaning. When and how he will die can be left to speculation but not so why he dies.

Christ goes to his death insisting that his life has meaning. When and how he will die can be left to speculation but not so why he dies.

How shallow our understanding of Scripture can be without the wisdom of the church in her centuries! She has always insisted that, as fully human, Jesus himself had to exercise what we call faith, a willing submission to the mystery that envelopes us, the will of God the Father.

We cannot fully flesh out the mystery that St. Paul referred to as the emptying of his divine nature, the kenosis of Christ.

Who, though he was in the form of God,
did not regard equality with God something to be grasped.
Rather, he emptied himself,
taking the form of a slave,
coming in human likeness;
and found human in appearance,
he humbled himself,
becoming obedient to death, even death on a cross (Phil 2:5-8)

Jesus knew that he was the Son of God in a way no one else ever was or ever will be. Yet he came to this extraordinary insight in a manner that he shares with all of us, through the humble, human submission of faith.

Christ called the coming darkness his hour of glory. He asked us to believe that. He had to ask the same of himself.

Put another way, though he was always truly and fully both God and man, his incarnation involved a partial occluding of his divine nature, enough that in his human nature, Christ chose to believe, chose to submit to what the Holy Spirit spoke into his heart, just as we do.

Christ asks less of us than he asked of himself. As we run about, doing all the things that we insist must be done, his life and death now pose a fundamental question for our lives. And, once having encountered the Christ, we cannot escape the concern. Do we believe that our lives and deaths are meaningful? Do we believe that they find their meaning in him?

That is asking a lot of us. But no more than Christ asked of himself. He called the coming darkness his hour of glory. He asked us to believe that. He had to ask the same of himself.