Before naming Cardinal Sarah’s replacement, Pope Francis wants an outside review of the congregation for worship 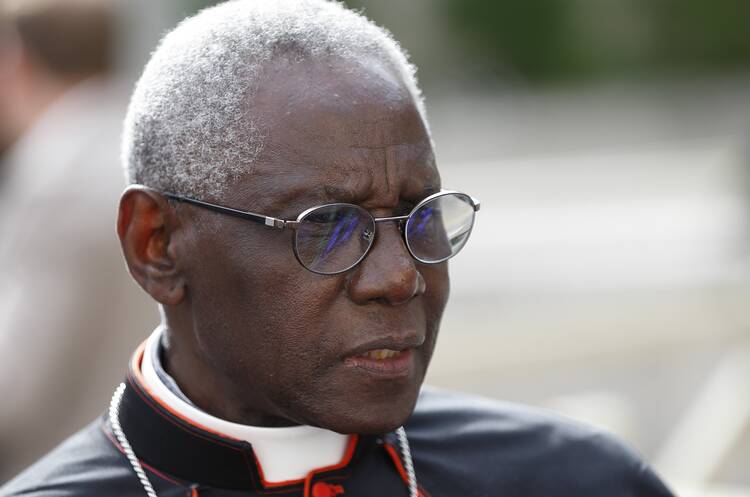 VATICAN CITY (CNS) -- Before Pope Francis names a new prefect for the Congregation for Divine Worship and the Sacraments, he has asked that an outside expert consult with the office's staff and review its procedures.

The pope in late February accepted the resignation of Guinean Cardinal Robert Sarah, who had reached the normal retirement age of 75 last June. The cardinal had been prefect since 2014.

A French website reported March 12 that it would be a "canonical visitation" carried out by Bishop Claudio Maniago of Castellaneta, president of the Italian bishops' conference's liturgical commission and a member of the Congregation for Divine Worship and the Sacraments.

In response to questions from Catholic News Service, Archbishop Arthur Roche, who has served as secretary of the congregation since 2012, had an assistant reply that "this is not a canonical visitation. Rather it is more in the nature of the consultations a diocesan bishop would have with his vicar general and others when he is appointing a new parish priest. In such an instance, the idea is to get to know the needs of the parish, the actual situation, as well as having an eye to its future direction."

The congregation is charged with promoting the celebration of the Mass and the sacraments and fostering their correct celebration, including by overseeing the approval of the translations of liturgical books and texts.

In the draft of the new constitution for the Roman Curia, sent to bishops for comment in 2019, that task remains, but is introduced by a sentence saying, "The dicastery is dedicated in the first place to promoting the sacred liturgy according to the renewal desired by the Second Vatican Council."