If you think you have God figured out, you don’t 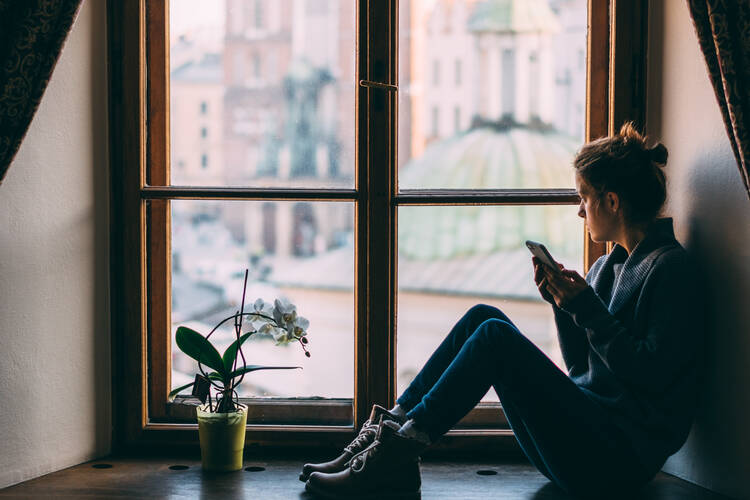 Photo by martin-dm on iStock.

A Reflection for the Fourth Sunday of Lent

What is the Talmud? Pyotr, a Russian soldier, asks that question of Jewish partisans fighting Nazis in Primo Levi’s If Not Now, When? (1982): “Is it your Book of the Gospels?”

How does one explain this collection of Jewish ceremonial law and legend to an outsider? Rather than offer an explanation, a Jew named Pavel draws the man into an experience of the Talmud.

Just what the Talmud is I can explain to you with an example. Now pay close attention. Two chimney sweeps fall down a chimney; one emerges covered with soot, the other emerges perfectly clean. Now I ask you: which of the two goes to wash himself?

Suspecting a trap, Pyotr looked around as if in search of help. Then he gathered his courage, and replied: “The dirty one goes to wash himself.”

“But wait; the example isn’t finished yet. Now I’m going to ask you a second question. These two chimney sweeps fall down the same chimney a second time, and once again one of them is dirty and the other one isn’t. Which of them goes to wash himself?”

“I told you that I understood. The clean chimney sweep goes to wash himself.”

If you think you’ve got him, you don’t. Indeed, you don’t have him until he has you!

Inscrutability is something that Levi’s Talmud shares with St. John’s Gospel. Both engage us by first unsettling us. If St. John’s Gospel had a subtitle, it might well read, “If you think you’ve got it, you don’t.”

The fourth evangelist brings to completion a creative arc that begins with St. Mark and sets the Gospels apart from all other literature. These writings are not histories; they are not biographies; they are not a collection of Christ’s teaching. Yes, they can be read as all these things, but they exist to reproduce, in proclamation and reception, the actual experience of the first disciples: Everything changes when we encounter Christ. If you think you’ve got him, you don’t. Indeed, you don’t have him until he has you!

In the Gospel of St. John, Jesus often converses about quite commonplace things: bread, birth, water, light and temple. Many times he and his dialogue partner use the same words, but they each speak of realities that could not be more distinct. We listen as someone thinks they have got it, that they have understood the Lord. But we realize, of course, that they have not.

St. John wants us to encounter Christ, not hear a lesson.

In this week’s reading, “a Pharisee named Nicodemus, a ruler of the Jews” (Jn 3:1) comes at night to encounter the light that has come into the world. He comes at night because he still walks in shadows. And like anyone else whose eyes are accustomed to the dark, at first the brilliance of the light blinds him.

But if we think we have understood where Nicodemus or the woman at the well or the man born blind went wrong, we have gone wrong. We think we’ve got it, but we don’t. Not if we are not equally confused, unsettled. Remember, St. John wants us to encounter Christ, not hear a lesson.

The Gospels exist as tinder for the Spirit. If the Holy Spirit does not enter the story and confound you, then you have done nothing more than hear the story. You have not encountered the Lord who lives in and through the story. The Gospels have no desire to record Christ. They exist so that we might receive Christ. If you understand them, if you are not confused and upset by them, wondering how you will reorder your world in response, then you have never really heard them, never heard the Holy Spirit speak them. If you think you’ve got it, you don’t. Indeed, you don’t have it until it has you!