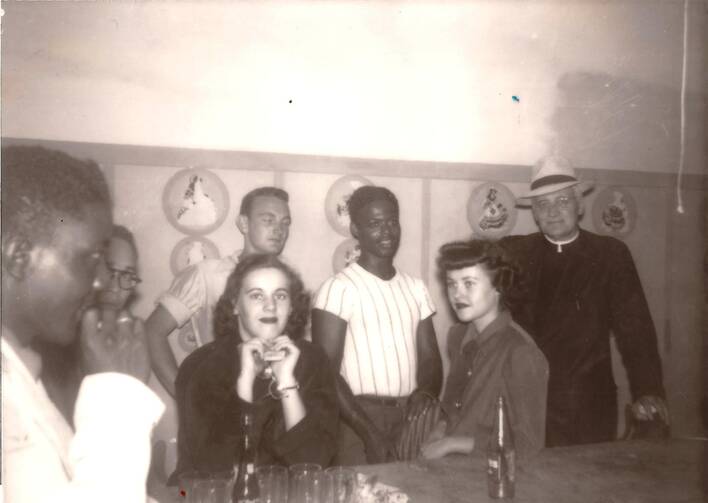 Twenty-six-year-old John Markoe entered the Jesuit novitiate of St. Stanislaus, outside St. Louis, in February 1917. Two years earlier, Markoe, a 1914 graduate of West Point, where he had been a standout football player, had been court-martialed and dismissed from the Army for repeated incidents of drunkenness. This included brawling with military police and discharging a weapon at a fellow soldier. After failed attempts to gain reinstatement in the Army, John joined the Jesuits at the urging of his younger brother William.

William was in his fourth year of Jesuit formation at St. Stanislaus and had found his calling working in the African-American communities along the river bottoms of the Mississippi and Missouri Rivers. John Markoe soon began accompanying his brother on visits to the shanties and shacks in communities like Anglum and Sandtown. In August 1917, just six months after entering St. Stanislaus, John and William signed a pledge to dedicate their lives to improving the lives of African-Americans in the United States, a stance that was radical for its time.

John and William Markoe signed a pledge to dedicate their lives to improving the lives of African-Americans in the United States.

As he moved through his Jesuit training and then his ministry as a priest, John Markoe took on a series of leadership roles at Jesuit universities across the Midwest, remaining committed to his 1917 pledge. In 1930 he organized a student group for the handful of Black students at Creighton University and sponsored Olympic sprinter Ralph Metcalfe as the first Black member of Marquette University’s student sodality in 1931.

Challenging the racial status quo was not a trait his Jesuit superiors were eager to see in their priests, and as he was moved from the university setting—first to high school teaching and then to leading retreats—Markoe began going on drinking binges reminiscent of those that forced him out of the army 20 years earlier. Markoe’s Jesuit superiors then sent him to St. Joseph Hill Infirmary in the Ozark foothills outside St. Louis. Markoe would spend seven years there, first as a patient and then as chaplain. Eventually he came back to St. Louis in the summer of 1943 to serve as assistant pastor at St. Malachy’s, a parish designated for the city’s Black Catholics.

Markoe’s return to the city came in the middle of efforts by some members of the city’s Catholic clergy to integrate the city’s Catholic institutions of higher learning. Jesuits at St. Louis University had recently organized an unsuccessful attempt to admit African-Americans on a limited basis. An effort by a small group of priests to enroll a Black woman at Webster College was blocked by Archbishop John Glennon of St. Louis. Markoe, who knew many of the principals involved in these efforts, soon undertook his own campaign to finish what they had started.

Challenging the racial status quo was not a trait his Jesuit university superiors were eager to see in their priests.

Nine months later, St. Louis University released a resolution stating that their admission policy had changed, that “a Catholic education would be made available at St. Louis University for Negroes.” At the time, a great deal of credit for the change was rightfully attributed to a forceful sermon given by Claude Heithaus, S.J., a St. Louis University anthropology professor. But Heithaus’s sermon and the impact it made would not have been possible but for his friend Father Markoe’s quiet, focused efforts.

Markoe’s campaign began when one of St. Malachy’s African-American parishioners told him of her dismay at being unable to enroll her daughter at a Catholic university in the St. Louis area. Markoe brought her concern to the pastor of St. Malachy’s, Ralph Warner, S.J., and then scheduled a meeting with Patrick Holloran, S.J, then president of St. Louis University. In that meeting Markoe and Warner relayed their parishioner’s concern and asked Father Holloran to consider changing the university’s admission policy.

Markoe’s campaign began when a Black parishioner told him of her dismay at being unable to enroll her daughter at a Catholic university in the St. Louis area.

Holloran agreed to gather the university’s deans and regents to meet with Markoe and Warner for further discussion. Before doing so, Holloran sent out a letter to a small number of alumni and close friends of St. Louis University to gauge their attitudes about integrating the university, including a ballot for voting yes or no.

Concerned that Holloran’s letter and the responses it garnered could serve to further delay any action regarding the admission of Black students, Markoe managed to get a copy of the letter. He convinced the city editor of the St. Louis-Post Dispatch (the editor was a childhood friend) to publish it. The Post-Dispatch added their own editorial describing the moral dilemma faced by St. Louis University. In an interview published the next day in The St. Louis Star and Times, Father Holloran “expressed regret that the matter had been given premature publicity...by somebody who was not so greatly a friend.”

Markoe then mailed a copy of Holloran’s letter along with a summary of the earlier failed attempts to integrate Webster College and St. Louis University to The Pittsburgh Courier, a widely read African-American newspaper. A week after the Post-Dispatch story, the Courier filled a page with stories based on the information from its anonymous source. Markoe distributed dozens of copies of TheCourier to St. Louis University leadership and faculty, including Father Heithaus. In an interview years later, Heithaus recalled his reaction to the articles about the college’s refusal to admit Black students: It was a scandal “on a grand scale.”

Markoe compared the meeting to a two-hour-long cat and dog fight that ended without any resolution about admitting Black students.

Amid this storm of publicity, Father Holloran’s planned gathering of the university leadership to discuss admitting African-Americans took place. As promised, Markoe and Father Warner were invited to attend the meeting, which Markoe later compared to a two-hour-long cat and dog fight that ended without any agreement or resolution regarding the admission of Black students.

Less than a week after the revelations in The Courier, Father Claude Heithaus delivered his homily from the pulpit of a chilly St. Francis Xavier Church on the campus of St. Louis University. It was described later in one newspaper as a “scathing denunciation of race discrimination that brought the 500 students to their feet.”

Heithaus’s address had been preceded by several carefully planned maneuvers.

The city editor of The St. Louis Post-Dispatch sat in the choir loft that morning, and both The Post-Dispatch and the St. Louis University News had the homily’s text set in type and ready to print. When Father Heithaus stepped down from the church pulpit, his powerful speech and accompanying articles were already on their way to newsstands.

The homily was described later in one newspaper as a “scathing denunciation of race discrimination that brought the 500 students to their feet.

The pressure created by this steady barrage of public revelations made it nearly impossible for the school’s administration to stall for time. St. Louis University would need to make a decision. As one Jesuit historian later wrote, “…a flurry of meetings, letters, decisions, and counter-decisions, rumors and denials swept St. Louis University during the next few weeks.” In April 1944 St. Louis University raised the white flag. In notes he later recorded describing in detail the successful completion of his campaign, Father Markoe included this emphatic observation: “J.M. had stayed sober thru it all.”

Following the St. Louis University decision, Markoe began an effort to integrate Catholic grade schools and high schools in the city. Before he could make much headway, in 1946 he was transferred to Creighton University in Omaha. Assigned to teach math and philosophy, Markoe also founded a pioneering interracial civil rights group known as the Omaha DePorres Club. Working with civil rights leaders like Whitney Young and Roy Wilkins, he guided the club through years of campaigns, including challenging discrimination in the city’s Catholic churches and boycotting local businesses that refused to hire African-Americans. Markoe died in July of 1967.

Jesuit institutions must do more to undo racism.
Alex Mikulich

In November 1967, the superior general of the Society of Jesus, Pedro Arrupe, wrote a letter to the Jesuits of the United States, addressing the struggle for racial justice. The movement had erupted in violence in cities across the country, upending the nation’s false harmonies and unyielding social norms.

In his letter, Arrupe offered Father Markoe as a brother Jesuit they should emulate in his pioneering work for and with African-Americans. As Whitney Young simply and directly put it in a telegram read at Markoe’s golden jubilee of entrance into the Society: “A great priest and a great American, Father Markoe is one of this century’s champions of interracial justice and human rights.” 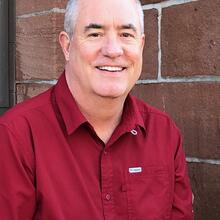 Matt Holland is the author of Ahead of Their Time: The Story of the Omaha DePorres Club. He is currently working on a biography of Father John Markoe, S.J.