Relationship is essential to God’s life—and ours 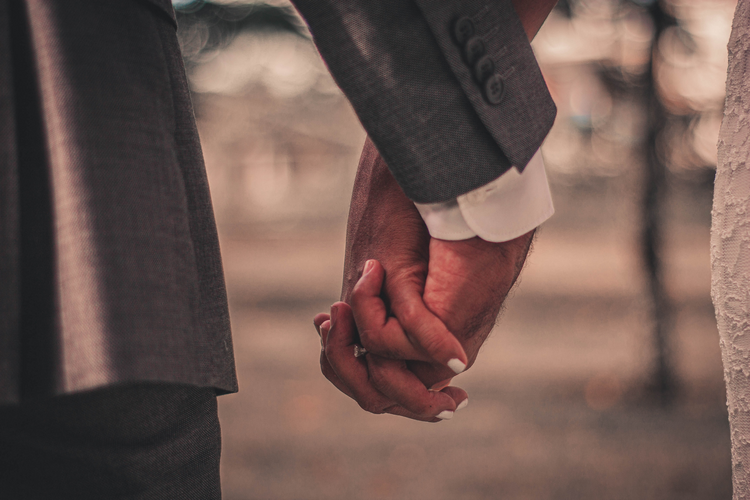 Photo by Samuel Rodriguez on Unsplash

A Reflection for the Second Sunday of Lent

Four percent of Americans identify as atheist. It’s a small percentage, though it has doubled in the last 10 years. If most Americans are not atheists, here is perhaps one reason they are not. They have never read the Bible from cover to cover. They have read or heard comforting biblical verses, and they either do not encounter or choose to ignore verses that unsettle.

Attentive reading of the Bible has made many an atheist. In his autobiography, Mark Twain spoke for many today who are appalled by the God they find in Scripture, particularly the Old Testament: a God who orders genocide, endorses capital punishment for small offenses, accepts human sacrifice and dispatches bears to maul children who mock a prophet.

Before you join Twain in rejecting the God of the Old Testament, remember that Jesus of Nazareth lived and died as a Jew. That is true, whether he was God incarnate or only a man. Either way, Jesus understood himself—and his first followers understood his story—through Jewish eyes. In every chapter of what we call the New Testament, the first Christians struggled to comprehend the utter novelty that was Jesus. They did so by seeing him as paradoxically prefigured in the Hebrew Scriptures. This had two consequences: a heady certainty that God had been faithful in the most unexpected of ways and a certain discomfort. There were parts of the Hebrew Scriptures that still did not seem to reveal a loving God.

Many today, including modern Christians, solve this problem—those mean, ugly parts of Scripture—by suggesting that as humanity itself grows in moral stature, so does our understanding of God. Good enough, but that in turn raises the question of ranking the Scriptures. Which parts are we to take seriously? Which, if any, can be set aside?

Abraham’s near-sacrifice of Isaac brings all this home. What sort of God is this? Even if he ultimately intends to spare Isaac, is he not guilty of horrible emotional cruelty toward Abraham?

A discomfort with Israel’s deity can already be seen in St. Paul and the evangelists. It continued in the writings of the Church Fathers. Perhaps to the amazement of people today, the authors of the New Testament and the Fathers were willing to set aside some parts of the Hebrew Scriptures as husk, even error. Yet they were convinced that every verse had to be read under the shadow of the cross and then read again in the glow of resurrection. In other words, the person of Jesus Christ became the key to interpreting all of Scripture.

Before anything existed, Love loved.

On the Second Sunday of Lent, the church ponders the near-sacrifice of Isaac in the light of Christ, specifically his Transfiguration. More than any of the evangelists, St. Mark insists that the deepest identity of Christ is revealed in his death on the cross. In this first Gospel, no one except the reader and demons knows the true identity of Christ. The first person to identify him correctly is an outsider to the faith, the Roman centurion who witnesses his passion. For St. Mark, Jesus dies, a world of understanding is ripped open and a gentile proclaims his Messiah to Israel:

Jesus gave a loud cry and breathed his last

The veil of the sanctuary was torn in two from top to bottom.

When the centurion who stood facing him saw how he

Breathed his last he said, “Truly this man was the Son of God!”

Imagine a ball of twisted twine. That is what it means to be human. We simply are a vast web of relationships. If you try to separate yourself from all the people who matter to you, you will unravel a bit of yourself with each pulling away of a partner. Eventually, you will find that you have no self. We die a little, or a lot, each time that we lose someone we love. Twine balls do not twist on forever. They can be torn apart.

Mark presents the Transfiguration as a preliminary yet pivotal revelation of Calvary. Here God the Father, the God of Abraham, Isaac and Moses, reveals himself as the Father of Jesus, the God who will sacrifice his Son. What God would not ask of Abraham, he freely gives.

In the cross of Christ, God sunders God’s self to draw us and those whom we love into God’s life, which is pure relationship, a love that precedes existence.

If you have lost someone whom you have loved, someone who is the best part of yourself, you are ready to receive this revelation. God simply is love. God does not first exist and then enter into relationship. Relationship precedes existence. Before anything existed, Love loved. In the cross of Christ, God sunders God’s self to draw us and those whom we love into God’s life, which is pure relationship, a love that precedes existence.

Lent reminds us we are not alone in our quest for understanding
Jaime L. Waters

The death of anyone whom we love calls us to Calvary—and not only because we suffer greatly. Here we must ponder history’s great paradox. God does hear us when we ask why our loved one must die. God responds, tying up our ball of twine, by sundering his own thread.

If God is for us, who can be against us?

He who did not spare his own Son

but handed him over for us all,