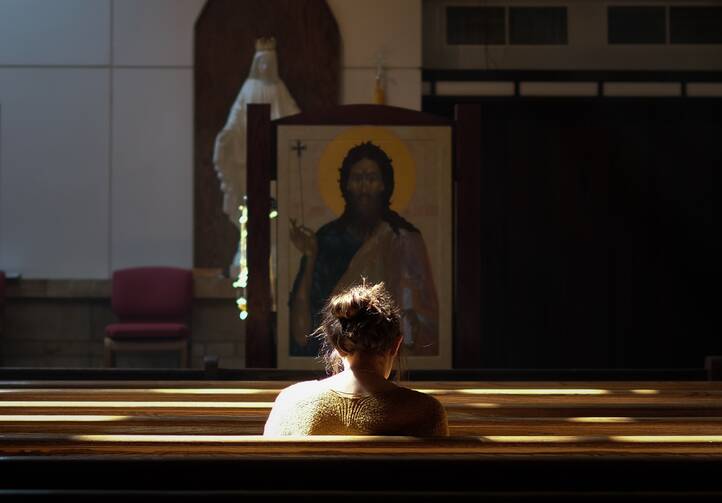 Jesus said to the crowds:
“To what shall I compare this generation?
It is like children who sit in marketplaces and call to one another,
‘We played the flute for you, but you did not dance,
we sang a dirge but you did not mourn.’
For John came neither eating nor drinking, and they said,
‘He is possessed by a demon.’
The Son of Man came eating and drinking and they said,
‘Look, he is a glutton and a drunkard,
a friend of tax collectors and sinners.’
But wisdom is vindicated by her works.”

During Advent, we hear a lot about John the Baptist. He had attracted many people out to the Judean desert, preaching the kingdom of heaven and hearing confessions. Even Jesus was drawn to John’s message and ministry. It probably inspired him. In Matthew’s Gospel, Jesus tells the crowds that John is even more than a prophet. That’s high praise!

But today’s Gospel tells us that, although they had great respect for each other, they were also quite different in their approaches to ministry.

John preached out in the desert, away from the Temple in Jerusalem—the central place of worship for the Jewish people of the time. He wore ragged clothing and ate locusts and wild honey. In other words, he lived a very austere life.

Jesus, on the other hand, ministered in towns and villages and city centers. He never passed up an opportunity to share a good meal. We often miss this fact, but much of Jesus’ ministry, including healings, were done over meals. So much so, that the religious leaders often criticized him for eating with sinners, tax collectors and prostitutes.

The people who matter least to this generation, matter a great deal to the Messiah who is coming at Christmas.

Despite their pastoral differences, both John and Jesus preached the Kingdom of God and did great works for the poor and powerless. In today’s Gospel reading, Jesus is clearly frustrated that many people of his time had shown some interest in what he and John were doing but felt insecure and ultimately dismissed them. “We played the flute for you,” Jesus analogizes, “but you did not dance, we sang a dirge but you did not mourn.”

All the various good works that John and Jesus had done were not enough. It’s always easier to remain on the sidelines and dismiss the various prophets who challenge us to think differently. The same is true today. Advent is a time to open our eyes to the works of the Kingdom. As Matthew says, “The blind see, the lame walk, the lepers are cleansed, the deaf hear, the dead are raised, and the poor have the good news.” In other words, the people who matter least to this generation, matter a great deal to the Messiah who is coming at Christmas.