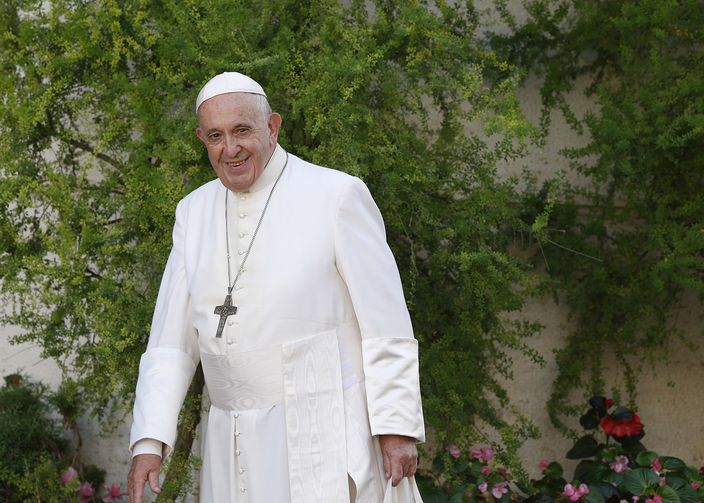 Pope Francis has appointed seven highly qualified lay persons—six of them women—and six cardinals, including Joseph Tobin of Newark, N.J., to the board of the Vatican’s Council for the Economy.

The pope first established the Council for the Economy together with the Secretariat for the Economy on Feb. 24, 2014, when he issued the decree, “Fidelis dispensator et Prudens” (“Faithful and prudent administrator”), which created a new coordinating agency for the economic and administrative affairs of the Holy See and the Vatican City State.

He then tasked the council with “oversight for the administrative and financial structures and activities of the dicasteries of the Roman Curia, the institutions linked to the Holy See, and the Vatican City State.” The council was to be composed of 15 members, eight chosen from among the cardinals and bishops to reflect the universality of the church and seven “lay experts of various nationalities with recognized professional financial competence.” He appointed Cardinal Reinhard Marx of Germany as coordinator of the council, and he retains that position.

Pope Francis has appointed six cardinals, including Joseph Tobin of Newark, N.J., and seven highly qualified lay persons—six of them women—to the board of the Vatican’s Council for the Economy.

Today the pope renewed the membership of the council by appointing six cardinals for the full five-year term: Péter Erdő (Hungary), Odilo Pedro Scherer (Brazil), Gérald Cyprien Lacroix (Canada), Joseph William Tobin (Newark), Anders Arborelius (Sweden) and Giuseppe Petrocchi (Italy). He has retained Cardinal Wilfrid Napier Fox (now 79), who was a member of the council during the past five-year term, for one more year. (Cardinals have to retire from all offices on reaching the age of 80.)

It is significant, however, that Pope Francis has appointed six lay women to the council and only one lay man. It is a further indication of his determination to give more responsibility to women in the Vatican in positions that do not require ordination. There was no woman on the council during the past five-year term.

All of the women are Europeans: two each from Germany, Spain and the United Kingdom. They all have first-class credentials and distinguished careers, as evidenced by the brief biographical notes provided by the Vatican when it announced the new membership of the council on Aug. 6.

One of the Germans, Charlotte Kreuter-Kirchhof (Germany), studied law at the universities of Heidelberg, Geneva and Tübingen. Since 2016, she has been a professor of German and foreign public law, international and European law in the faculty of jurisprudence at Heinrich Heine University, Dusseldorf. She is also the chairperson of the Hildegaris Association, a movement of German Catholic women that supports female students in need.

The other German, Marija Kolak, has had a distinguished career with the Berlin Volksbank. She took the advanced management program at the Harvard Business School and is currently president of the Bundesverband der Deutschen Volksbanken und Raiffisenbanken in Berlin.

These appointments are a further indication of the pope’s determination to give more responsibility to women in the Vatican in positions that do not require ordination.

The first Spanish member of the council is María Concepción Osacar Garaicoechea. She is the founding partner of the Azora Group and president of the board of Azora Capital and Azora Gestion, SGIIC. Azora is an independent investment manager based in Spain, specializing in real assets and energy. She served as the vice president of Santander Central Hispanico Activos Immobiliarios and president of both Banif Immobiliaria and INVERCO (the Association of Collective Investment Institutions and Pension Funds).

From Great Britain, Ruth Mary Kelly served in the Labour government between 2004 and 2008 as the secretary of state for education. After that she joined HSBC Global Asset Management as Global Head of Client Strategy. She is presently pro-vice chancellor for research and enterprise at St. Mary’s University, London.

The other British member of the council is Lesile Jane Ferrar, who was educated at Harvard Business School and the University of Durham. A commander of the Royal Victorian Order, she served as treasurer to Prince Charles from January 2015 until July 2017.