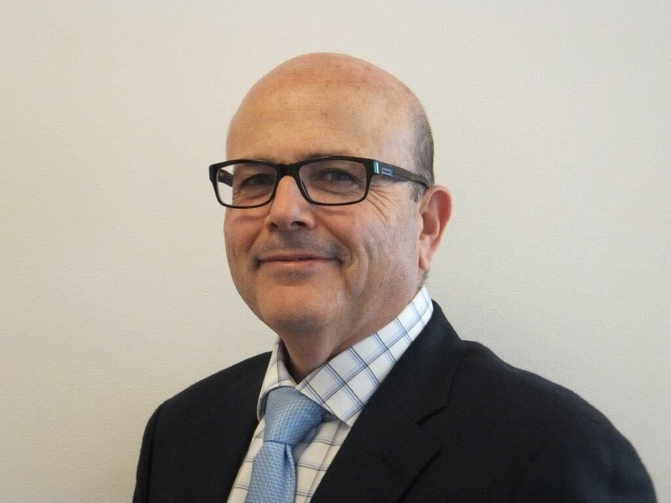 Pope Francis has appointed Maximino Caballero Ledo, a Spanish layman with extensive experience as a finance leader with Baxter International, a Fortune 500 American health care company, as the new secretary-general of the Vatican’s Secretariat for the Economy.

The Vatican announced this today, Aug. 4. The appointment is part of the ongoing effort by Pope Francis to appoint qualified lay people to ensure professionalism in the management and control of Vatican finances, and to bring transparency and savings in order to eliminate corruption and nepotism.

Mr. Caballero Ledo, a 60-year old married man and father of two children (now in their 20s), is the first layman to hold the post of secretary general, the number two position in the secretariat that was established by Pope Francis in February 2014. The first secretary-general was the Maltese monsignor, Alfred Xuereb, former secretary to both Benedict XVI and Francis, who served in that post from 2014 to 2018.

As Secretary General, the Spaniard will be responsible for the day-today management of the secretariat which has a staff of some 40 persons, the vast majority of whom are lay men and women.

He will be responsible for control, planning and saving in all Vatican financial operations related to the Holy See’s offices and related institutions. He will have responsibility for the administration and vigilance in the secretariat, overseeing financial operations (including the stipulation of contracts) in all offices of the Holy See, including the Secretariat of State, the Congregation for the Evangelization of Peoples and the Administration of the Patrimony of the Apostolic See. The only financial operations that still remain outside the Secretariat’s remit are those of the Governorate of the Vatican City State

He will work closely with and under Juan Antonio Guerrero S.J., whom Pope Francis appointed as prefect of the Secretariat last year.

He will work closely with and under Juan Antonio Guerrero S.J., whom Pope Francis appointed as prefect of the Secretariat last year and who began his work in January. The two Spaniards have known each other since they were children in Mérida, the capital of the autonomous community of Extremadura. They went to school and studied at university together and, even though their paths diverged after that, they have remained friends. This close relationship is expected to be a most important asset, not only in assuring a good working relationship but also in promoting the reform of all Vatican finances and operations in the financial field that Pope Francis has set as one of the goals of his pontificate.

Mr. Caballero Ledo gained his bachelor’s degree in economics in 1983 from the Universidad Autonoma, Madrid, Spain, and a master’s degree in business administration in 1986 from IESE, Barcelona, and was associate professor for five years at EADA Business school, Barcelona.

He began his professional life in 1986 with Gallina Blanca Purina, an animal nutrition company in Barcelona, serving for nine years in various roles. Then, from 1995 to 1998, he was finance director at Purina Espana, a Spanish subsidiary of Ralston Purina Co. For the following three years, until 2001, he served as vice-president for finance for Agribrands International, a leading producer and marketer of animal feeds, with a total turnover of $1.2 billion and 4,500 employees in 16 countries.

“He sees this call to work in the Vatican as a mission of service to the church.”

He joined Baxter International Inc in 2001, a leading global medical products and services company with sales of $11.1 billion and some 45,000 employees and remained with this multinational until he accepted to work for the Vatican. Over the past two decades, he held a variety of positions of increasing responsibility at Baxter International, from that of finance director to vice-president finance, in different countries. He worked first from European bases for the company’s operations in southern, eastern and central Europe, the Middle East, and Africa.

He moved to the United States in 2007 to work in Miami as vice-president for finance for the company in 12 countries with diverse and complex markets in the Latin America and Canada region, with businesses totaling $1.8 billion.

In 2014, he moved to the headquarters of Baxter International, in Deerfield, Il., a northern suburb of Chicago. He  intends to keep his home in Chicago and his residence in the country, where his son (who studied at Loyola University, Chicago) and his daughter are pursuing their professional careers in the financial field with American companies. He will come with his wife, Inmaculada, to Rome.

“He sees this call to work in the Vatican as a mission of service to the church,” a source who requested not to be named told America. Nevertheless, his new position is sure to be a challenge, given that the working environment will be quite different to the one he has been used to. On the other hand, his solid professional credentials suggest that he is well prepared for the challenge, while his experience and knowledge of the financial world are sure to be an asset to the Vatican, particularly at this difficult moment in history for the church as well as for the world.

He will begin work in the Vatican on September 17.