What does a wedding dress say about our faith?

What does a wedding dress say about our faith? 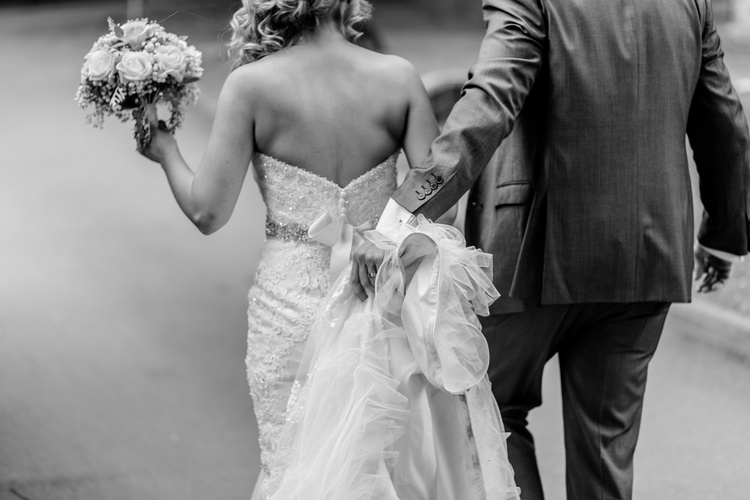 Photo by Tom The Photographer on Unsplash

A Reflection for the Seventeenth Sunday in Ordinary Time

Even little girls have big dreams. Melody was serving at the altar for her first wedding Mass. The 10-year-old was already dressed in her alb when I arrived in the sacristy. She asked me, “Have you seen the bride’s dress?”

“Yeah, I just passed through there with a question for her.”

“Does it have waves and waves of material?”

“Her dress? No, these days they are more form-fitting. They don’t flounce much.”

“I know the wedding dress that I want.”

“You do? Already? Are you seeing someone?” I did not expect that the 10-year-old would answer yes.

“No, but I’ve thought about the dress that I want.”

Part of growing up is realizing that someone is waiting for us, that someday someone is going to ask us to share life with him or her. All of that is sewn into the dreamed-of dress.

Even little girls have big dreams. So much will change between fifth grade and adulthood, but Melody already knows that life is waiting for her. It is part of growing up, this realization that someone is waiting for us, that someday someone is going to ask us to share life with him or her. All of that is sewn into the dreamed-of dress.

Do boys have an equivalent costume for their coming manhood? Those images may often be expressive of a career: a fireman, a policeman, a professional sports player. (Girls, of course, also think about their dream job.) I coveted Superman’s cape.

On wedding days, we might say that a man looks sharp in his tuxedo, but we rarely speak of a bride wearing her wedding dress as something distinct from herself. We are more likely to say: “You are beautiful. You are radiant.” A bride and her dress become as one. The dress expresses the woman’s gift of her very self, soul and body, in a way that has no parallel among men.

When a woman becomes a Carmelite sister, she wears a wedding dress for the ceremony. It expresses the vocation’s intensity. This commitment is not the beginning of a career. It is a solemn handing over of the self into a singular, intimate relationship with the Lord. The wedding dress brings to light the paradox of faith: the soul’s readiness for an invisible love, its rapture by an untouchable bridegroom.

If you read or rattle off prayers, you forestall the fear, but when you sit in silence it emerges. Is there anything harder than waiting for another to speak?

The Jewish philosopher Edith Stein—who became, as a Carmelite, Sister Teresa Benedicta of the Cross and who died in Auschwitz and was declared a martyred saint by the Catholic Church—wrote of her wedding dress: “In the bridal union God surrounds the soul with a love that cannot be compared even with the tenderest love of a mother. He gives it His breast, he reveals his secrets to it.” In a profound essay on Stein, the poet Fanny Howe noted that “the silk white wedding dress she wore at her ceremony in April 1934 at the Carmel in Cologne-Lindenthal was afterwards made into a chasuble. In 1944 the convent was destroyed during a bombing attack, but this vestment was saved and continued to have a history of its own.”

Most people never find the pearl of great price in their faith. They believe in Christ; they try to be good people; but they never fall in love with Christ. They have never been praying and found themselves overwhelmed by his presence. When you fall in love your world drops into the funnel of the other person. It never comes out the same.

Can scripture help us determine who to vote for?
Jaime L. Waters

Want to know who you are? Ask what you want.
Terrance Klein

The line here is not between religious lives and lay lives. Any of us can sleep through the bridegroom’s arrival. And sometimes we perceive his presence by means of a very tangible person, whom he puts in front of us. Romance is not often repeated in life. Falling in love is different. Here, we want to be tumblers.

Of course, we do not possess the pearl of great price. We must discover it. Christ must do the proposing. But we ready ourselves in quiet, passive prayer.

This is not easily done. We instinctively fear this sort of prayer because you cannot practice it without facing the possibility that you are alone, that God does not exist. If you read or rattle off prayers, you forestall this fear; but when you sit in silence, it emerges. Is there anything harder than waiting for another to speak? Yet if we do not open ourselves to Christ in quiet, personal prayer, our brief lives of faith will pass like Miss Haversham’s in Great Expectations. We will wait, grow old and gather dust.

Even little girls have big dreams. Melody has her dress in mind. That is a start. The question for the rest of us is this: How do you clothe your soul? How do you make yourself ready for a proposal? The answer? You sit alone and suffer your desire in silence.