Why did Christ choose a fisherman? 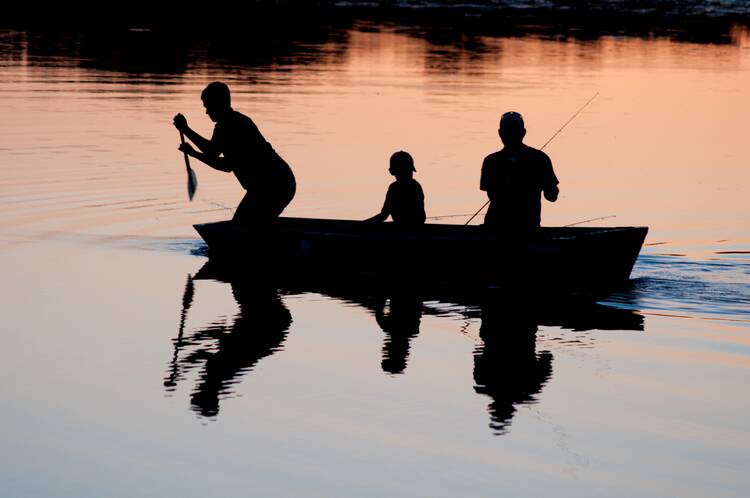 Photo by Jed Owen on Unsplash

The memory remains vivid to this day. I crouched by the water, gulping the humid summer air. In my right hand, I held a sharp blade. The left secured my struggling victim. From behind, five pairs of eyes bored into the back of my skull. How, I wondered, had things come to this? It had all seemed so pleasant and innocuous at the start. Suddenly, I found myself with life in one hand and death in the other.

Do not worry, gentle reader. I have a license to kill. Of course, I am talking about fish. The memory I relate is of my first-ever effort to fillet bluegill caught by my five sons from the dock of our Minnesota home. It was an unsettling experience, though in retrospect it taught me something about my life as a Christian. Jesus called his followers to be fishers of men. We can understand this better if we consider what it takes to be a fisher of fish.

I did not grow up fishing. My natal family loved hiking and camping, but we generally left flora and fauna undisturbed. When my husband’s job brought me to Minnesota, I noticed that fishing was popular here. Our house gradually filled with boys, and I found myself watching with interest as a neighbor and his two boys hitched up their boat for an afternoon. I knew that my fishing dreams would have to wait because toddlers and hooks don’t mix. Still, I hoped that our turn would eventually come.

Jesus called his followers to be fishers of men. We can understand this better if we consider what it takes to be a fisher of fish.

It did come, somewhat sooner than expected. Four years ago, the boys and I returned from soccer practice one day to find their father in a state of excitement. He had found “our house.” I was skeptical at first, but then I saw the pictures. The house itself was fairly unremarkable, but it had a thrilling feature. The backyard sloped down to a lake. Over the next 12 weeks, we worked harder than we had ever done in our lives, and then one magical morning we woke up to the vision of an eagle, soaring over rippling waves. It felt like a miracle.

I love lake life even more than I anticipated. It almost feels shameful to be this blessed. Why shouldn’t everyone enjoy these sublime pleasures: the afternoon swims, the evening rows, the mornings sipping coffee on the cool, shaded balcony? I even relish the extensive yard care and the hours spent battling invasive plants from my kayak. For me, the water feels like home. No other place has ever given me this same sense of peace. Meanwhile, it is hard to imagine a better place to raise five boys. That, of course, brings us back to fishing.

We were obviously going to do it. Where to begin, though? Since no one in the family actually knew how to fish, I spent the winter months learning from videos on YouTube. In spring, the panfish moved into the shallows, and I knew the time had come. In a moment of heroism, I promised to make a meal from the boys’ first real catch. They caught nine bluegill in a single afternoon, and suddenly I was the one on the hook.

A fisherman reaches across worlds, inserting himself with skill and cunning into a world that no human could inhabit.

It was odd how I had managed to daydream about fishing for years without fully noticing that it involved killing. The campfire songs and charming brochures had never emphasized this point. Nevertheless, I did fillet those nine bluegill, and many more afterward. By now, a great many fish have come under my knife. I like serving guests a lake-to-table meal, and fishing itself is a thrilling way of embracing our aquatic home. Still, I have never again allowed myself to forget that anglers are bringers of death.

A fisherman reaches across worlds, inserting himself with skill and cunning into a world that no human could inhabit. In a way, he is an ambassador for his species, but his touch is not gentle. He does not heed Aliyyah Eniath’s injunction to “take nothing but pictures, leave nothing but footprints, kill nothing but time.”

In popular imagination, human hunters are often viewed as frightening and predatory, while the fisherman cuts a more benign figure. His cold, alien quarry is not the sort that inspires strong sympathies in humans. For the angler himself, though, it is different. He does feel for his scaly prey. He admires the fish’s unique, ethereal beauty, even as he plunges in the knife.

No angler ever succeeded by standing on his boat, pontificating about the superiority of the world above the waves.

Why did Christ choose such men as his first disciples? Through his life and teachings, our Lord brought honor to many professions: the carpenter, the gardener, the shepherd. Clearly, he saw the dignity of honest work done by ordinary men. These other men, though, are makers and protectors. They nurture living things and make use of the fruits. They are not human predators, like the fisherman. Nevertheless, Christ selected anglers to be his first emissaries to the world. We cannot doubt that this choice was deliberate. “Henceforth,” Jesus told the awe-stricken St. Peter, “you shall catch men.”

I think about this when I am sliding a leech onto my hook, scanning the water for a glint of scales. As a convert to the Catholic faith, I understand in a personal way how baptism can bring a deep sense of brokenness and loss. The Gospel is beautiful and ultimately life-giving, but its initial embrace can be painful. Close relationships are changed. Cherished life plans must be reformulated. Before we can experience rebirth, we must first die to ourselves. A fisherman can understand this. He already lives at the margins, where life and death come together in a close embrace.

The fisherman also knows that he must approach his quarry with imagination, deftness and a lively sympathy. No angler ever succeeded by standing on his boat, pontificating about the superiority of the world above the waves. With careful observation and practiced skill, he must reach into unfamiliar territory, finding the fish where they are. Evangelists, too, need this ability. They are not salesmen. They are hunters. It takes discernment and tremendous humility to bring the Gospel into another person’s life. We must follow each trail where it leads, always focusing on the other person and not ourselves, understanding that the consequences may be painful in unforeseen ways. This is ultimately in God’s hands, not ours. When St. Peter left his nets to follow Jesus, he clearly had no sense of where that journey would end.

Few things in life are quite so thrilling as the blessed moment when my rod suddenly lurches in my hand, indicating the presence of a fish. For a few breathless seconds or minutes, I am a predator in earnest, fully absorbed in the chase. When I hold up my catch, though, I am flooded with a humble sense of awe. Partly, I am admiring the fish’s beauty. At the same time, I am conscious of a strange connection between us. We both love this unique place, where wind and water meet. But we have both in our various ways been caught. We know how tightly life and death can be intertwined. In the end, am I the angler or the fish? Perhaps the good evangelist is the one who knows that this question has no clear answer. 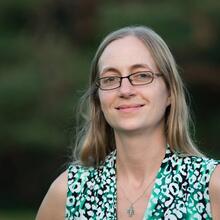 Rachel Lu is a freelance writer and instructor of philosophy. She lives in St. Paul, Minn.

@rclu
Provide feedback on this article
Join the conversation: Login or create an account
Before you can comment, you need to update your profile to include your first and last name, as required in our comments policy. Then reload this page and you'll be set up for commenting. Update your profile