How can I explain the color of my skin—and racism—to young white students? 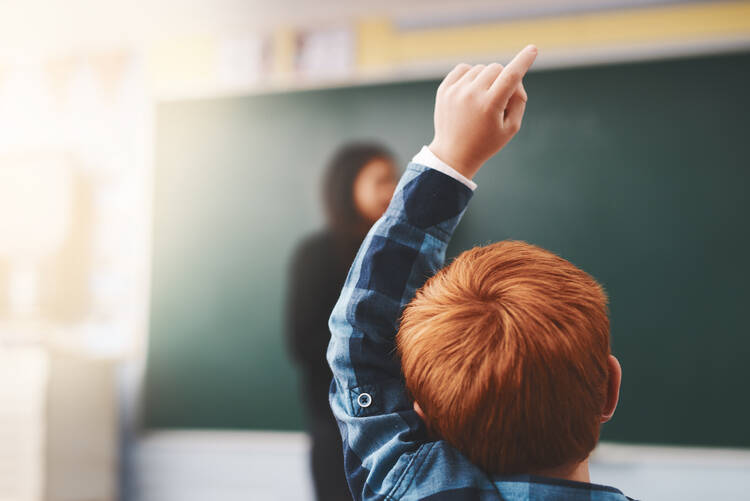 Ms. Kostka, the second-grade teacher at the Catholic school where I serve as pastor, stopped me in the hallway as I was making my way down to get a copy from the printer.

“When you have a moment, Father, would you please come to my class to speak to the second graders?” she asked. “One of them just asked an important question, and I think the rest would benefit from listening to your answer.”

I asked what the question was, and she replied, “Emily wanted to know why your skin tone is different from hers and everyone else’s in her class.”

“That is truly a very important question,” I said. “I would be delighted to come and talk about it.”

This exchange occurred in what now feels like a very distant world: before the coronavirus pandemic shut down schools; before the killing of another African-American man in police custody—this time named George Floyd—sparked weeks of protest against racism and police brutality in every state in this country.

God loves diversity. It is impossible to read the Bible, especially the biblical account of creation in the Book of Genesis, without arriving at this conviction.

As a black pastor in a predominantly white, rural parish, the importance of answering that student’s question was not lost on me then, and the answer only takes on renewed urgency now.

Walking to the second-grade classroom, I thought about what to say to these curious and intelligent young minds. I was for a flitting moment tempted to tell them that I ate too much chocolate when I was little, hence my skin took on the color of chocolate. But while that might get some laughs from the students, it would not be true. Besides, current developments do not leave much room for levity.

The next thing that came to mind, and what I told the students, was this simple statement: God loves diversity. It is impossible to read the Bible, especially the biblical account of creation in the Book of Genesis, without arriving at this conviction. The innumerable species of flora and the dizzying variety of fauna attest to this fact. Our God revels and delights in the astonishing array of life forms that constitute the created order. “God looked at everything he had made and found it very good” (Gn 1:31).

The author of the Book of Revelation speaks eloquently about the breathtaking diversity of the great multitude that surrounds God’s throne in heaven, offering praise and worship “from every nation, race, people and tongue” (7:9). Put simply, God created a variety of skin tones because he loves diversity.

God in his providence prepares us to adapt and to thrive where we are born. I was born in Nigeria, located on the western edge of the African continent. The country has two major seasons: the rainy season and the dry season. The rainy season lasts approximately from April to early September, while the dry season spans the months of October through the end of March. All year round, the temperature typically hovers around the 70s.

Since it is often warm and sunny, I told them, God has put something amazing called melanin into my skin to better protect it in this warm temperature and intense sunlight. This is what gives my skin the chocolate tone that I adore. If I did not have it, I could be badly sunburnt and might suffer from skin cancer someday.

“That’s so cool,” one of the students chipped in. Another simply said, “Cool.”

I wanted my students to see what God sees: the beauty of diversity. But I also wanted them to know another truth. The African-American poet and Pulitzer-prize winning author Maya Angelou said it beautifully when she observed that “we are more alike than unalike.”

For a long time in the history of the United States, however, race has been used to divide, demean and degrade. This is the great sin of racism. In their 2018 pastoral letter against racism, titled “Open Wide Our Hearts,” the U.S. bishops wrote: “Racism occurs because a person ignores the fundamental truth that, because all humans share a common origin, they are all brothers and sisters, all equally made in the image of God. When this truth is ignored, the consequence is prejudice and fear of the other, and—all too often—hatred.”

I wanted my students to see what God sees: the beauty of diversity. But I also wanted them to know another truth.

I have experienced this fear and prejudice firsthand. Once, as a seminarian, I accompanied a priest to visit a pastor of a large suburban parish in an affluent neighborhood. At one point I left the rectory to see the church by myself. I cannot forget the look of exasperation and worry on the face of the pastor who came looking for me a few minutes later because one of his parishioners had called him about a “suspicious looking” man entering the church. It took me a while to realize that that parishioner’s reaction had something to do with my race.

Later, during my first assignment as a parish priest, a white couple invited me to bless their new home. They greeted me warmly at the front door, but as I walked in, their daughter, who could be no more than 8 or 9, said in a voice as clear as a bell, “I don’t like black people in our house.” I pretended not to hear it the first time, but she repeated it. To my horror, the parents did not utter a word of rebuke or correction. When I offered to leave immediately, I was told, “Oh, she’s just a child.”

I carry with me the stories of other black Americans, too. Once, a black priest friend of mine, returning from the grocery store, was followed by a police vehicle to the driveway of his residence, where the officer, with his gun drawn, ordered my friend to get out of his car and put his hands up. Surprised and shocked, all he could say as he complied was, “I am a priest and I live here.” The officer would later explain that there was a carjacking in that neighborhood the day before and my friend fit the description of the suspect. The officer left the scene without offering a word of apology.

Some people believe racism belongs to the past, that we live in a post-racial America, and there is no need to talk about race. But as William Faulkner once commented: “The past is never dead. It’s not even past.” So it remains important to remind ourselves, time and again, that we are really more alike than unalike.

The truth of Maya Angelou’s wise words hit me with new urgency during my mother’s recent visit to the United States. Having lived in Nigeria for most of her life, where she worked as a grade school principal until her recent retirement, I was struck by her observations regarding similarities and differences between life in America and our native Nigeria.

When all is said and done, we are more alike than unalike.

Within a few weeks of her arrival here in Wisconsin, she commented that just like back home, more women than men come to church, especially on weekdays. This seems to be a trend across continents and cultures, that women are more religiously inclined than men. Why is this the case, I wondered.

My mom also quickly noticed that many of the older ladies that would come over to chat after Mass asked whether she had grandchildren and were all too willing to talk about their own and to show her photographs on their phones. Sharing photographs of my nephew and niece brought a unique glow to my mother’s face. Grandmothers the world over, it seems, love to drool over their grandchildren.

My mother attended a few funeral Masses during her visit where she would sit at the back pew just to observe and to pray. She commented about families mourning the loss of a loved one, who with quiet dignity, silently weep as they processed out of church after a funeral Mass. She recognized herself in their experience having lost her husband, my father, a few years ago. We are more alike than unalike.

Of course, she noticed differences, too: the dizzying array of choices at the grocery store; the fact that we have more overweight people in the United States than in her country of origin. But when all is said and done, we are more alike than unalike.

How does one explain all of this to second graders? How do we educate and form our children to believe and act on the reality that we are not only more alike than unalike but that we are fundamentally equal, beloved children of a God who loves us in our differences?

The understandable outrage of many Americans, especially communities of color, the anguished cries of “I can’t breathe” as protesters march the streets of our beloved country, expressing their anger and pain at the needless death of yet another black man at the hands of those entrusted with public safety, convince me that this task is needed today more than ever. 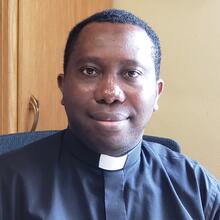 The Rev. Alvan I. Amadi serves as administrator of St. Mary Parish Algoma in the Diocese of Green Bay, Wis.