Our Muslim health forum was zoombombed. I still believe in the good of humanity. 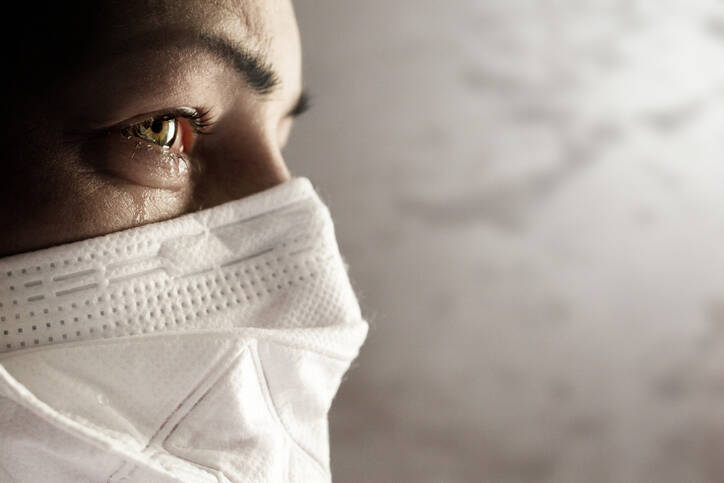 I was running late for an online webinar I registered for a week ago—some bad habits stick with us as we even in the virtual world. Organized by a Muslim public health organization, it was a forum on mental and physical wellness in the Covid-19 era through the lens of the Islamic faith.

Twenty minutes into the webinar, someone interrupted the speaker mid-sentence. I didn’t catch his words. I blinked, stunned. My reaction was mirrored by the presenter. She didn’t catch his words, either. “Sorry. Did someone say something?” No response. She continued, but my focus was gone. I must have initially been in denial about what I heard, because moments later, my mind pieced together what he said: “I hate filthy coloreds.”

My heart rate spiked. My hands began to shake and sweat and then turned cold. I was suddenly alert, alarmed. Were we just zoombombed? I shook my head in disbelief, telling myself that I was simply on edge because of our current climate around Covid-19 and the uptick in hate crimes against Asians and Asian-Americans.

But then he returned.

“I just want to say, f--- Muslims. I want you all to know that I hate you Muslims and I hope you all die.”

My hands began to shake and sweat and then turned cold. I was suddenly alert, alarmed. Were we just zoombombed?

I peered up at the presenters’ expressions, and I was distraught most by what I did not see. I did not see rage. I did not see horror. I did not see any indication that they were surprised. I saw dejection. They were alarmed, but they were not surprised, and neither was I, considering the record of hate crimes and unjust policies directed towards Muslims since and before the terrorist attacks of Sept. 11, 2001. The only difference was that, like much of the rest of our lives right now, this attack took place virtually.

When zoombombing occurs, it takes moderators at least a few moments to find the harasser and expel him from the room, if they are able to retake control at all. Those few extra moments felt like a lifetime as he spewed hate with a voice that sounded empty, almost soulless. Even as none of us were surprised, all of us were stunned. The speaker took a moment to recover once the intruder was expelled and the room locked. But I could not recover as quickly.

What was meant to be a space for healing, connection and knowledge was abruptly stolen from us and terrorized into a space of fear, hatred and hostility. I could no longer concentrate or feel secure in that space because I was on edge, anticipating the next time he would strike, even though the locked room made it impossible for him to return. After the session ended and I logged off, I was still shaking, sweating, on edge and struggling to reground myself.

I did not see any indication that they were surprised. I saw dejection. They were alarmed, but they were not surprised, and neither was I.

I recovered shortly after, but as a 28-year-old with the education and experience to manage and cope with high-stress situations, I am aware that the impact on many others could be far worse.

I have learned that it is critical to take the same level of precaution against this kind of aggression as you would if protecting yourself from someone physically intruding into your space to yell obscenities or make threats. If you are using Zoom, WebEx or any other video conferencing platform, set up any and all protections within your means to prevent this behavior. I recognize that this creates an additional level of work (and headache) for presenters and participants alike at a time when we are already anxious. But do not wait until it happens to you to take precautionary measures. Both Zoom and WebEx have offered multiple tools and strategies to prevent this kind of digital attack.

During the Q&A session of our Zoom webinar, one of the presenters acknowledged the harm of the intrusion and its lingering impact.

“Psychologically, people project things that they experience and struggle with, like fear and division. Some are more explicit, like what we just experienced,” she said. “The climate is such that divisions are easily formed. We all need to create places and find people to counter those divisions.”

“Psychologically, people project things that they experience and struggle with, like fear and division.”

Her words brought me back to an earlier time in my life where I experienced that same reality.

When I was just over a year and half old, my sister Saarah underwent a medical crisis. In his recollections of that time, my father would tell me that he and my mother saw the best and worst of humanity during that time. There were those who took me in and looked after me as they would look after their own children, who came into our apartment to wash dishes, prepare hot meals, tidy rooms and set up a warm, clean and welcoming home for their return after long and exhausting days at the only hospital that had the resources to treat Saarah, over 100 miles away. There were also those who callously predicted that Saarah had no hope for survival, who pushed my parents to give up on her as they themselves had and who tried to have my father fired because the medical insurance bills had amounted to millions of dollars.

This time for all of us is not so different from what my parents experienced so many years ago. Moving forward, individually and collectively, I anticipate that every one of us will similarly encounter the best and worst of one another and also wrestle with the best and worst of ourselves. This is our individual and collective jihad (the Arabic term used to refer to the internal struggle to do what is good, right and just when we are tempted to act otherwise).

My experience this past weekend was a painful reminder of the harm we each are capable of inflicting upon one another when we surrender to our pain, fear and rage. But my experience since that event—of people extending compassion and collaborating with me on ways to prevent and respond to these incidents—is a reminder of the mercy, healing and solidarity we are just as equally capable of providing for one another.

We all oscillate across that spectrum of doing harm and doing good; none of us ever exclusively manifests one over the other. Our actions are shaped by the extent to which we possess the resources and extend our will to mitigate the darkest parts of ourselves from projecting outward. I trust this to be the case for that intruder, too, and I offer him a prayer, even as I have no tolerance for his dehumanizing words and actions and condemn them with every fiber of my being.

To say that I am not fearful of seeing and experiencing some of the darkest sides of people in the months ahead would be a lie. But to say that I am without hope for seeing and experiencing the best we have to offer in the months ahead would also be a lie. I work in the field of conflict resolution and peacebuilding, and it depends upon this very faith and call to action that each and every one of us will choose to labor relentlessly to put forth the best of ourselves in the times when it is most difficult to do so—and most needed.

And inshAllah (God willing and with His support), we will. Dare I say—not as a Catholic, but as a Muslim who deeply cherishes the Catholic faith and who holds my Catholic sisters and brothers as my second spiritual family—that this is the cross we are all asked to bear, and rise above. 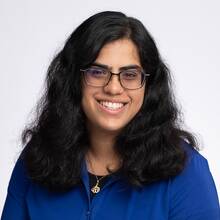 @sahmad548sahmad@commteam.org
Show Comments ()
Join the conversation: Login or create an account
Before you can comment, you need to update your profile to include your first and last name, as required in our comments policy. Then reload this page and you'll be set up for commenting. Update your profile
Show Comments ()
Comments are automatically closed two weeks after an article's initial publication. See our comments policy for more.