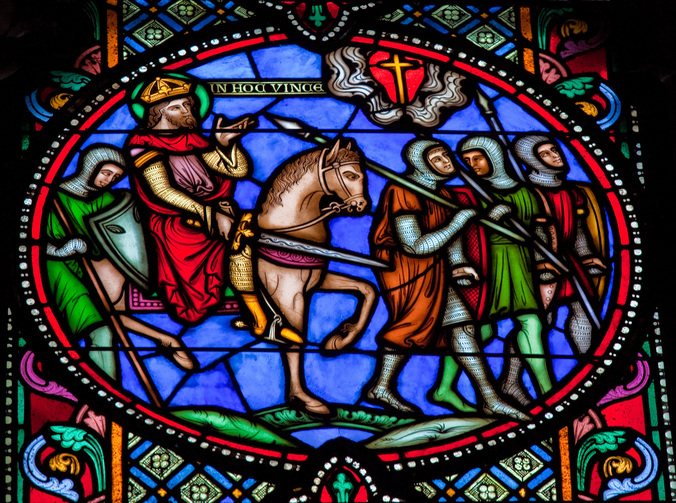 The First Letter of Peter says that “those who suffer in accord with God’s will, hand their souls over to a faithful creator as they do good” (4:19). The Letter to the Hebrews teaches that “It is a fearful thing to fall into the hands of the living God” (10:31). Even after many years of discipleship, we sway between these two truths. We want to put ourselves in God’s hands, yet, being fearful, we remain tempted to take matters into our own hands.

In 1088, Urban II, a Frenchman and the former abbot of the rigorous monastery of Cluny, was elected pope. His predecessor, Gregory VII, had struggled to free the church from the control of feudal lords, and in large measure, he had succeeded. Even Emperor Henry IV eventually stood barefoot outside the papal castle in snowy Canossa, pleading with the pontiff to lift his excommunication. The cause of reformation and right had stood its ground and prevailed.

Urban thought to advance his predecessor’s position. If the church could be freed from its would-be masters, why not the Holy Land itself, the spot made sacred by the birth and blood of the redeemer? And so, on November 27, 1095, in a muddy field outside the French city of Clermont, the Holy Father called for the liberation of Jerusalem.

We are always tempted to make faith into something that we handle, not a way by which we surrender.

The pontiff succumbed to the temptation to turn the cause of God into an instrument in the hands of men. In Dominion: How the Christian Revolution Remade the World, Tom Holland writes that, daringly, Pope Urban II

…offered his listeners an electrifying new formula for salvation. Listed as an official decree of the council held at Clermont, it promised warriors a means by which their trade of arms, rather than offending Christ and requiring penance to be forgiven, might itself serve to cleanse them of their sin. “For, if any man sets out from devotion, not for reputation or monetary gain, to liberate the Church of God at Jerusalem, his journey shall be reckoned in place of all penance.”

It’s easy today to judge those who became crusaders. We rightly reject waging war in the name of Christ. But the temptation to reduce discipleship into something that we manage, even manipulate, remains with all of us. We are always tempted to make faith into something that we handle, not a way by which we surrender.

St. Paul saw the same snare in his Letter to the Romans. The church in Rome was divided between those who thought that their Jewish or Gentile heritage gave them an advantage before God. Paul reminded the Romans that salvation is a gift, not the consequence of our computations.

Ashes and Masses, nor all the penances of Lent can manipulate God. On the contrary, these are meant to set us free from our complacency, our cunning and calculation. Falling into the hands of God is not something to fear. Making God into something we think we can handle—that is what we should fear.