Cardinal Marx will not seek reelection as head of German bishops

Cardinal Marx will not seek reelection as head of German bishops 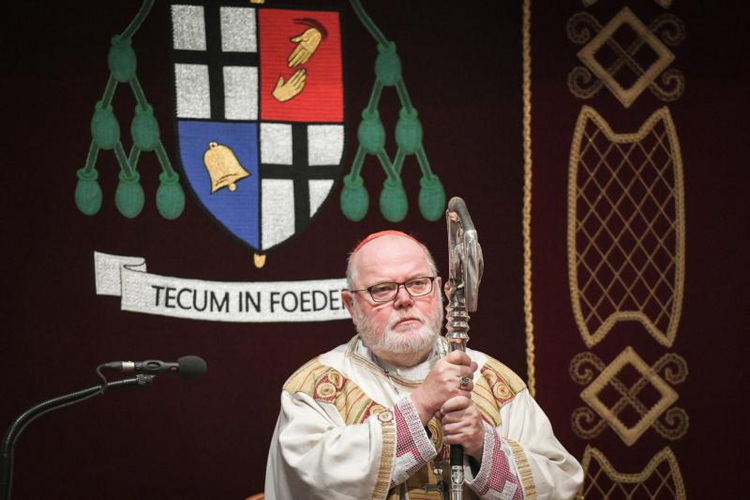 Cardinal Reinhard Marx of Munich and Freising, Germany, announced Feb. 11, 2020, he would not run for another term as president of the German bishops' conference. He is pictured in a 2019 photo. (CNS photo/Julia Steinbrecht, KNA)

BONN, Germany (CNS) -- Cardinal Reinhard Marx, 66, announced that at the full plenary session of the German bishops' conference in early March, he will not be a candidate for another term as president.

"My consideration is that at the end of a possible second term of office I would be 72 years old, and then I would also be approaching the end of my duties as archbishop of Munich and Freising," Marx said in his letter to the members of the German bishops' conference. His remarks were reported by the German Catholic news agency KNA.

"I find it is now the turn of the younger generation," added Cardinal Marx, a member of Pope Francis' Council of Cardinals.

The German bishops are due to hold their next regularly scheduled elections at the spring full assembly in early March in Mainz. Cardinal Marx said he made his decision not to stand for reelection a long time ago, but it surprised many Feb. 11, KNA reported.

‘We Have a Lot of Work to Do’: Cardinal Marx on Pope Francis, the synod and women in the church
Luke Hansen, S.J.

Cardinal Marx: We must think beyond capitalism
Luke Hansen, S.J.

"Naturally I will continue to work actively with the bishops' conference, and I will especially be involved with the Synodal Path, which in my view has started out well," he said. At the same time he also aimed to again show a stronger presence in his Archdiocese of Munich and Freising, where a "comprehensive strategy process" is to get underway.

The Synodal Path is a joint project of the bishops' conference and Catholic laypeople with the aim of recovering lost trust that resulted from the sex abuse scandal in the church.

The Central Committee of German Catholics, the highest group representing laypeople in the church in Germany, expressed its "great regret and highest respect" for the decision by Cardinal Marx, KNA reported.

"Cardinal Marx has performed most magnificently in winning back trust and credibility in the Catholic Church," Thomas Sternberg, committee president, said Feb. 11. He stressed that the cardinal had embodied "the hope for a new image of the church in Germany."

The president of the bishops' conference chairs the meetings of the bishops and represents them to the state and society as a whole. In public, he is the spokesman for the bishops, and in carrying out his office he is bound by their decisions.

Show Comments ()
Comments are automatically closed two weeks after an article's initial publication. See our comments policy for more.
Provide feedback on this article
Join the conversation: Login or create an account
Before you can comment, you need to update your profile to include your first and last name, as required in our comments policy. Then reload this page and you'll be set up for commenting. Update your profile
Advertisement
More: Bishops / Europe