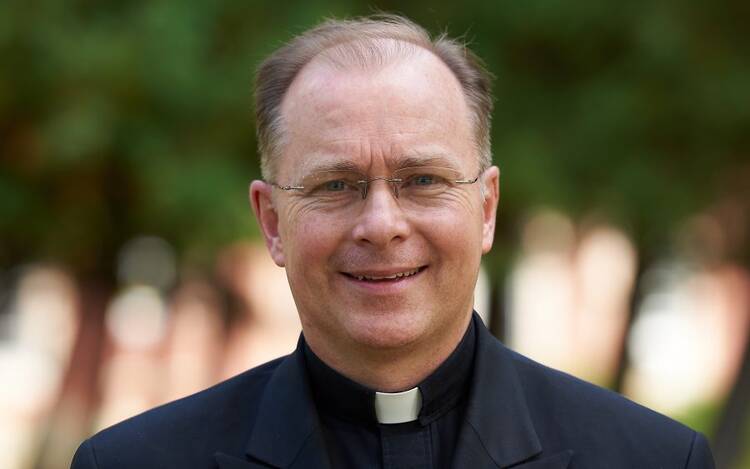 The Legionaries of Christ have elected the Rev. John Connor, 51, a graduate of Loyola University Maryland, as their new superior general. He is the first American to lead the order, which has today less than 1,000 priests. His election took place during the general chapter of the order and is meant to signal a change of direction.

Father O’Connor is the first non-Mexican to lead the order that was founded in 1941 by the Mexican priest, the Rev. Marcial Maciel. Benedict XVI removed Father Marcial from public ministry in 2006, after finding him guilty of sexually abusing minors, and ordered him to spend the rest of his life in prayer and penance. He died in 2008. It was subsequently revealed that he had sexual relations with more than one woman and had fathered children, and this news led Benedict to decide that the Vatican would take control of the order in 2010.

Pope Benedict appointed Cardinal Velasio De Paolis as his delegate to renew the order. The cardinal supervised the revision of its constitution and its process of renewal, but he failed to take action on specific cases of abuse and appears to have left unanswered many questions regarding the finances of the Legion and how they were misused by the founder.

Last December, before holding its general chapter, the Legion published a report in which it revealed that 33 of its priests had abused 175 minors over the years, revealing also that a third of those priests had been victims of abuse. The report also said its founder had abused 60 minors. But the report gave rise to demands for much greater information. At the same time, accusations of cover up of abuse allegations resurfaced in Mexico, raising many questions about how deep the reform of the order has been.

Pope Francis has continued the effort of the renewal of the order, even as some people suggest it should be closed down. Father Connor’s election is meant to signal the Legion’s determination to go fully down the path of reform, given that he was not personally associated with the founder. A graduate in Business Administration from Loyola University Maryland, he has lived in Germany, Spain and Italy. After studying philosophy and theology in Rome, he was ordained a priest in 2001 and later assigned to do fundraising and to oversee the Legion’s lay branch—Regnum Christi.

Father Connor was territorial director of the Legion in North America at the time of his appointment. He has been elected for a six-year term of office. His task will not be an easy one given that he has been criticized for his own handling of allegations of misconduct with adults, including young women, by a Legionary priest, the Rev. Michael Sullivan, who was subsequently removed from ministry.

The Legion has around 1,500 members, including over 900 priests.