Why did Jesus need to be baptized? 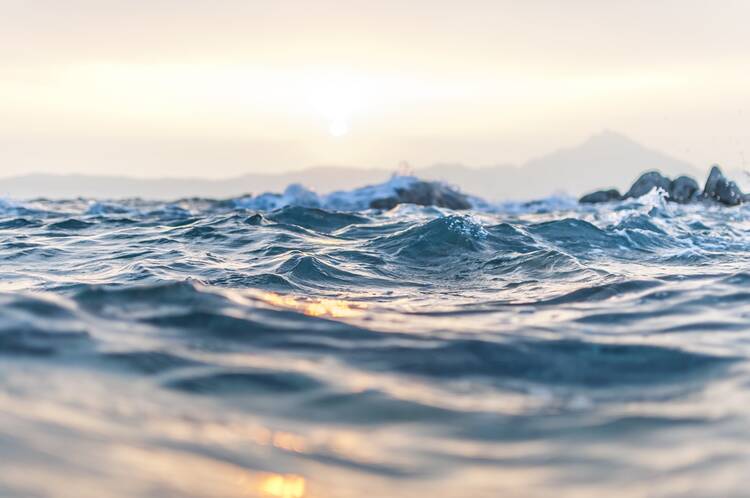 Photo by Anastasia Taioglou on Unsplash

Did you ever wonder why Jesus needed to be baptized? After all, the Baptism of Jesus, the feast we celebrate this week, seems a bit strange theologically. John the Baptist, as you know, was preaching a baptism of repentance, but Jesus, the sinless one, had nothing to repent at all. So why did it happen? Well, the Gospel narratives are somewhat vague on the reasons. One says it happened to “fulfill all righteousness,” which is a way of saying it was God’s plan. That’s the answer Jesus gives when John questions it in one of the Gospels.

There are several possible explanations for this event. Many really. First, Jesus may have wanted to inaugurate his public ministry in a very public way, and to honor the person who was most likely his mentor for a time. Or Jesus may have felt something interiorly, based on his relationship with God the Father, that we will never know, which drove him to baptism. Or perhaps, as I like to think of it, Jesus was casting his lot with humanity in another way. Of course God became human at the Incarnation, and with the conception of Jesus, God enters into the human race. But perhaps Jesus saw what the other devout Jews of his day were doing, flocking to John the Baptist, and decided to stand with them in another way. He took his place with everyone that day waiting to see John the Baptist. So what does that tell you about the role of humility in your own life? I like to imagine him standing in line, waiting humbly with everyone else at the Jordan River. At the Baptism, God stood in line.