My depression made going to Mass hard. I learned to show up anyway. 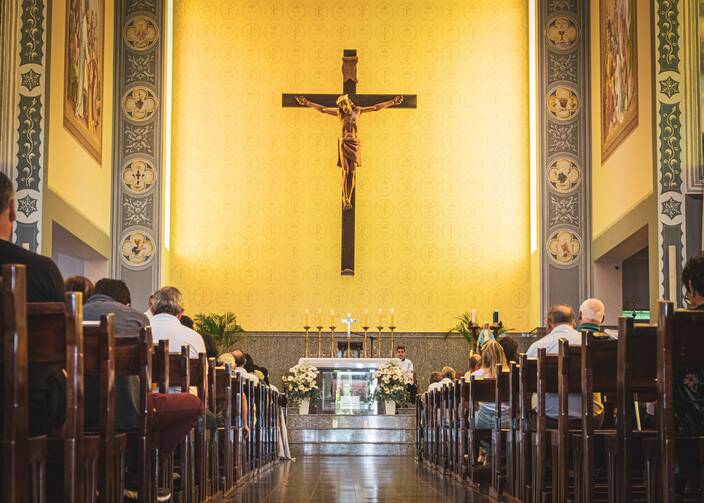 When I was sitting in therapy, just after a terrible breakup and just before starting a partial hospitalization program for (mainly) my bipolar disorder, my therapist asked me what I do for self-care.

“I’m not quite sure,” I stammered. I stopped to think for a second. “I take baths. I play guitar. I read my Bible and pray.” As I went down the list, my voice got quieter, more timid.

“You know, I believe religion can be a huge source of self-care,” he said. “Focus on going to church right now; focus on reading your Bible when you feel anxious.” This was certainly not what I expected to hear from him.

I had never been fully open or honest about my faith with my therapists, except when I was doubting my faith. When I told them I was doubting, they often encouraged that doubt, implying I would be better off without religion. Usually, when I was open about being strong in my faith, I was shut down. It was not just the therapists. Family members and friends would express concern that I was experiencing hyperreligiosity, a symptom of bipolar disorder’s mania. When I wanted to go to church or church functions in university, I was rarely supported by my nonreligious friends who surrounded me outside of Mass.

My bipolar disorder made even the act of physically getting to church difficult, especially in the early days of my treatment and recovery. Depressive episodes made my dorm room look so much better than the pew. There were many Sundays during my first year of university where I chose to stay in my dorm instead of going to Mass, or I skipped brunch and socializing at the university’s church afterward because anxiety made it seem like an insurmountable task. I was scared that I was not well liked, that I would embarrass myself, that I would say the wrong thing.

But I took my therapist’s advice. I began reading my Bible more. I forced myself to go to Mass, even when my anxiety and depressive episodes made me not want to leave my home, even when my parents said I could stay home. As I started partial hospitalization, I found comfort in listening to spiritual songs on the ride up. And I found myself praying more. I found myself saying an extra prayer after Communion, before therapy, before bed, in little spots where I needed extra grace and in little spots where I wanted to thank God.

In the partial hospital program, they confirmed a few of my diagnoses and tacked on a couple of extras. This was strange and unexpected. Nobody had previously suggested these disorders, and it was uncomfortable to think that there may be more to my illnesses than previously thought. Both of these disorders also required further documentation and monitoring and testing by my psychiatrist and therapist. I felt I did not have the energy to learn about any more illnesses. It was at this moment that I started to doubt if going to church and reading and praying would really do anything.

It is natural for anyone, sick or well, to doubt sometimes.

I know how difficult going to Mass can be. But I also know that nine times out of 10, when I show up, I feel just a little bit better than I would had I stayed home. Most of the time, on days when I stay home, I regret it. I know I cannot be alone in this. So here is my advice to those who are struggling: I know that sometimes your bed or your couch may seem so much more appealing, but I urge you to just show up. Just showing up and listening to the Word can have such a profound impact on well-being. I always feel better after going to Mass, even if that feeling lasts for just a few hours. If I really cannot make it, I read the readings on my phone and try to find a homily for that day online. This helps, too, but it does not feel the same. Whenever you can, just show up.

As a kid, I scoffed at my mom, who said that she always felt weird if she did not go to Mass that week. She said she tried not going in college and not going proved to be detrimental to her well-being. Now I understand what she meant. In a world that is so focused on constantly climbing up the social or economic ladder, going to Mass helps me to step back and focus on myself and on my relationship with Christ and with my community. The Mass helps to remind me that it is healthy to stop for a moment during the rest of the busy work week to say a silent prayer or a moment to focus on your priest’s words during the homily.

It took me a long time, but I have learned to take my therapist’s advice. I finally found one that has my best interests in mind and is an expert in the field of mental health. I know that my faith is not a cure for my illnesses, but it has played a huge role in my becoming and remaining stable. So, no matter what people say and no matter what my mental illnesses say, I am going to keep on attending Mass. I am going to keep reading my Bible. Most important, I am going to just keep showing up and being present. I know God will, too. 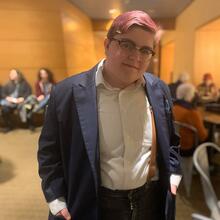 Samuel Smith is a writer and student at Towson University. He is majoring in religious studies and gender studies and minoring in L.G.B.T. studies.