A reminder from the Wise Men’s visit: Jesus is for everyone

A reminder from the Wise Men’s visit: Jesus is for everyone 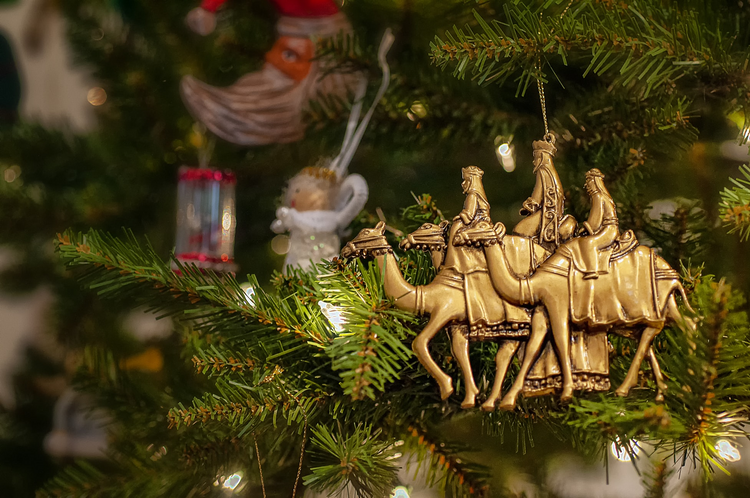 Photo by Robert Thiemann on Unsplash

In my hometown church in Plymouth Meeting, a small town outside of Philadelphia, is a huge stained-glass window of the Visit of the Wise Men. It’s not surprising that it would be there, since the church is called Epiphany of Our Lord. The immense window stands over the entranceway, and it’s impossible not to notice it when you leave the church. There are the three Wise Men, in vividly colored robes, kneel before Mary and Joseph, who are likewise wearing brightly colored garments. In Mary’s lap sits the Infant Jesus, in a white robe, hands outstretched in blessing, with a corona of rays emanating from him. In the background the Star of Bethlehem hovers over a wooden manger in which two oxen stare out, or stare down, at the viewer. Maybe the visit of the Wise Men happened exactly as depicted. On the other hand, maybe it happened in a slightly different way. It’s hard to say with much certainty. Why? Well, the Magi appear only in the Gospel of Matthew, not in other infancy narrative in the Gospel of Luke, nor are they mentioned anywhere else in the New Testament.

But however it happened, it surely is a sign of how the message of Christ’s birth is meant for everyone, not just people in Judea, not just people in Palestine, and not even just the Jewish people. The Wise Men symbolize the message being accepted and proclaimed by all the world. The end of Mathew’s Gospel ends with the Risen Lord’s command to “make disciples of all the Gentiles,” that is, the non-Jews. So from the beginning of his earthly life to the end, we are reminded that the message of Jesus is for all. So one question to meditate on this week: How have you proclaimed the message of Christ to those who may not be expecting to hear it?

Provide feedback on this article
Join the conversation: Login or create an account
Before you can comment, you need to update your profile to include your first and last name, as required in our comments policy. Then reload this page and you'll be set up for commenting. Update your profile
Advertisement
More: Spirituality