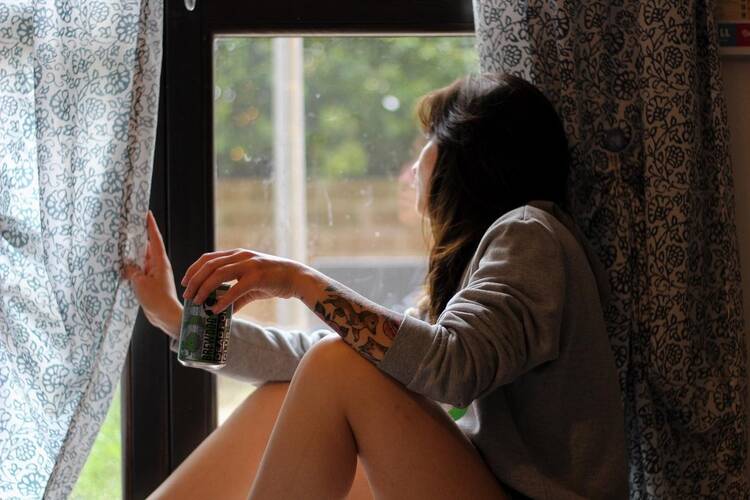 Can anyone adequately define what it means to be an alcoholic? Someone who regularly abuses alcohol is physically ill because of biological, even genetic, factors. And, like anyone suffering from a psychological pathology, an alcoholic’s free will is typically curtailed. Finally, as with any sinner, there’s probably no alcoholic who doesn’t bear some moral responsibility for the condition.

One night in the sunken living room of 18210 Birchcrest her father, likely a little tipsy himself, offered her half a whiskey sour. If the Drink Me portion imbibed by Alice in Wonderland had a shrinking effect, this had the opposite, expansive result on Elaine. Swallowing the second half in the pantry, she felt suddenly like “Bette David, Ingrid Bergman, Ethel Merman, Gertie Lawrence, and Fanny Brice,” in one, as she put it in her one-woman show, taking “a trip to the moon on gossamer wings” (a quote from the Cole Porter song, “Just One of Those Things”). “I couldn’t get my breath, it was so wonderful.”

What does young Elaine’s first step into the world of alcohol say about a spiritual struggle we all share? That we have an unhealthy hunger for the unreal, for “a trip to the moon on gossamer wings.”

Of course, addictions vary widely. Many are rooted in realities that are, in themselves, benign. Yet all addicts run from the real, and, through their addiction, refuse to be a part of our own world. As long as they indulge, the pain wanes somewhat and so they neither patiently await, nor fully work for, a new world.

Instead, they inject the unreal into their bodies and souls. As God is the word, which we use for that which is most real, what we name sin is fundamentally a rejection of the real for the unreal.

If this world never hurt us, we’d be in heaven and not know the difference. And if we’d never known anything of happiness or hope, hell would be our lot, though we wouldn’t say that because it would the only state we would know.

A New Year’s prayer for nearly everyone
James Martin, S.J.

If we define God as the real beyond the unreal, then Christ can be called God’s great novelty, the utter novum. In Jesus, true God and true man, the divine enters the human, which is how we came to know that there is both a heaven above and a hell below. This world isn’t all that there is. Jesus is the novelty, the new world, which we so desire.

On the first day of every year, the church celebrates Mary, the Mother of God. Our second chance! True, Mary is only a woman, but she is also the only one of us who fully embraced God’s new beginning, his Christ. “Full of grace” is another way of saying that Mary is utterly inebriated with the very elixir of God, who is Jesus.

What difference does this make to the rest of us? The way to defeat our addiction to sin is to allow ourselves to yearn for God. Do it for as long as you can, every so often, each day of your life. Because desiring God alone, the utterly real, the truly beautiful, and the fullness of love is another way to define what we mean by true prayer.