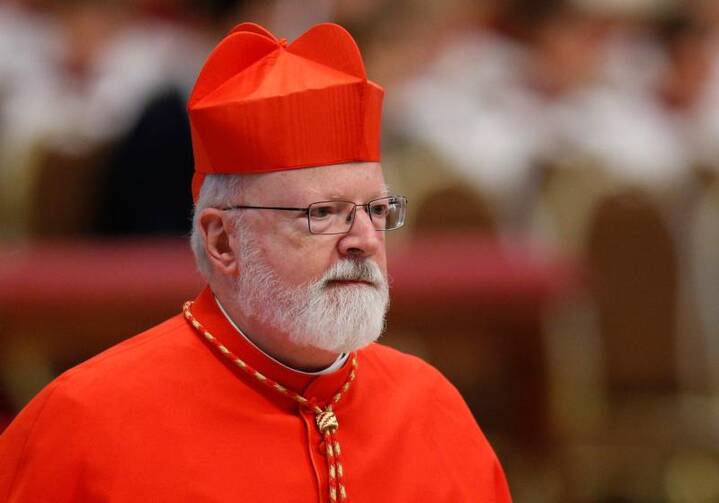 Cardinal Sean P. O'Malley of Boston, president of the Pontifical Commission for the Protection of Minors, is pictured before a consistory in St. Peter's Basilica at the Vatican June 28, 2018. (CNS photo/Paul Haring)

BOSTON (AP) — An investigation into allegations of sexual misconduct and excessive alcohol use at a seminary run by the Roman Catholic Archdiocese of Boston did find some “inappropriate” sexual conduct but no evidence of criminal behavior or sexual activity between seminarians and faculty members, the archdiocese announced Friday.

The investigation was launched in August 2018 when two seminarians said in social media posts that St. John’s Seminary in the city’s Brighton neighborhood tolerated illicit sexual behavior and excessive drinking.

“The seminary is not a den of sexual misconduct fueled by excessive drinking,” the report on the investigation says. “Instead, our investigation disclosed only isolated incidents of sexual conduct and alcohol use that are inappropriate in a seminary setting. However, most of the factual assertions in the social media postings were largely confirmed.”

The archdiocese said the investigation also found inadequate and sometimes absent leadership and oversight, which contributed to a lack of robust financial controls and a low tolerance for dissenting views.

The report described a “sexting incident” in 2015, where at least six seminarians received separate anonymous texts. Investigators found that seminary leaders’ conflicting responses to the incident were distressing to the seminarians. It also found a report of seminarians “cuddling” in a common area.

Cardinal Sean O’Malley said in the statement that many of the recommendations in the final report have already been implemented, including those involving the introduction of spending controls and policies on alcohol use. The seminary referred questions about the report to the archdiocese.

“The inquiry has presented issues that require remedial action and oversight for ongoing compliance,” O’Malley said. “I am confident that the facts brought forth by this report and the actions being taken to address those issues unite us in the commitment to ensure that St. John’s Seminary maintains a standard of excellence for the formation of men discerning the vocation of a life of service to the church.”

O’Malley said he’ll share the recommendations with the archdiocese’s two other seminaries.

O'Malley is Pope Francis' top adviser on sex abuse. Boston was the epicenter of the priest abuse scandal.

Associated Press
Provide feedback on this article
Join the conversation: Login or create an account
Before you can comment, you need to update your profile to include your first and last name, as required in our comments policy. Then reload this page and you'll be set up for commenting. Update your profile
Show Comments ()
Comments are automatically closed two weeks after an article's initial publication. See our comments policy for more.