I donated my kidney to a stranger. The hardest part was people’s reaction. 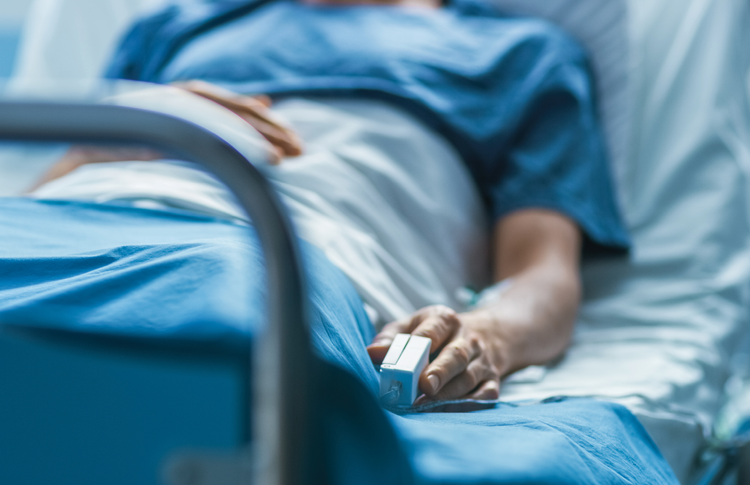 “Did you know that you can just give your kidney to someone who needs it?” This is the text that I sent to my husband shortly after reading about non-directed kidney donation for the first time. Somehow, this had surprised me. I knew that you only needed one kidney to live and that friends and family could potentially donate a kidney to a loved one in need, but I had no idea that there was an entire process through which a random person could be matched with another random person in need of a kidney. After a couple of hours spent researching the matching process, the surgery, recovery time and potential risks, I knew that this was something that I wanted to do.

Then I started to tell people. And the reactions of others to my decision to donate my kidney to a stranger turned out to be one of the hardest parts of the whole process. The reactions generally fell into two camps: I was either completely crazy or a saint, both of which I knew to be untrue. I also somehow ended up as one of the subjects of a documentary exploring the idea of altruism. The filmmakers included non-directed kidney donation as a form of “extreme altruism.” I said yes to being in the film because I figured that if even one person saw it and decided that they wanted to look into non-directed donation, it would be worth it.

The reactions of others to my decision to donate my kidney to a stranger turned out to be one of the hardest parts of the whole process.

There are, however, a number of things about being in this documentary, which I have not yet seen, that make me extremely nervous. First, there are way too many shots of me without makeup or bumbling through my interviews, and I am vain enough for this to be a chief concern. But I am also concerned that the film suggests that non-directed kidney donation should be considered extreme altruism or that I am some kind of special person for doing this.

I have gotten to know myself pretty well over the past 30 years, and I can say with some certainty that I am not a good person. Don’t get me wrong, I am not the complete worst either, just what I consider to be very “medium.” And yet, faced with the decision to electively donate an organ to potentially save someone else’s life, it never really felt like a choice. And I firmly believe that so many people, even the very “medium” ones like me, would feel similarly if they really knew that this was an option. So I am here to tell you that it is.

As Catholics, we are called to serve others. While I have struggled greatly with the Catholic Church as an institution in the wake of the sexual abuse crisis, an appreciation for the Gospel call to serve is one area of my Catholic faith that has never wavered. But when I read the article on kidney donation, it occurred to me that I was doing nothing at the time to actually live out that part of my faith. If my faith was asking me to give of myself, kidney donation would allow me to do that literally. I just knew that this was something I could do.

If my faith was asking me to give of myself, kidney donation would allow me to do that literally.

Non-directed donation was, in a strange way, also very convenient. It did not require an ongoing time commitment through the years or the consistent sacrifice of my weekends. The whole thing felt strangely within my comfort zone. But the impact that it could have on someone else’s life could mean everything.

I spent an entire day undergoing lab tests and interviews at the hospital to determine eligibility. While I did have to take a day off from work for this, in return I received thousands of dollars worth of medical testing, including an MRI, completely free, which helped me get a better understanding of my overall health.

For me, even the medical testing and the preparation and the process of surgery were relatively straightforward, even easy. I know that probably sounds strange, especially to those who are squeamish about needles or blood. Yes, it was a bit time-consuming but not nearly as much as I had expected. And yes, they take a lot of blood; but if you have ever given blood before, this is no different. The strangest part of the testing was the 24 hours of collecting urine samples, which is exactly what it sounds like. (The end result of this was that I had to take an Uber to a lab while discreetly carrying a jug filled with my own urine in a grocery bag.)

There are so many decisions in my life that I regret or second-guess, but this will never be one of them.

The most physically challenging part was the surgery itself, and while the first few days following surgery were difficult, the overall recovery process for me was fast. I was back at work two weeks later, felt completely normal a month later and was traveling to India solo six weeks later.

There’s this comparison that people in the non-directed donation world like to use when talking about kidney donation. It is essentially this: Imagine that you are on a boat and there is someone drowning in the water in front of you. You are also standing next to a life jacket or some sort of flotation device. Do you throw them the life jacket?

My son’s gift of organ donation taught me death is not the last word.
Eric Gregory

As much as I am glad to be a part of this world now, I am not sure I buy this analogy. Lifejackets are not stored inside your abdomen. There is virtually no personal cost to throwing a life jacket to a drowning person. That is a big difference. I have become a passionate advocate for non-directed donation, and the process was a natural one for me, but it is not something to be undertaken lightly. I understand that there are any number of reasons why it may not even be a consideration for many people. But I will say this: Donating my kidney is easily the best thing that I have ever done in my life. There is nothing of which I am more proud.

I am constantly in awe of the incredible works of mercy that I see Catholics throughout the world performing on a daily basis, and I am overwhelmed to think that I have contributed to that in some way. Through my kidney donation I was able to offer up my own brief and small suffering in solidarity with the suffering of another person whom I will never meet. Sharing a part of me meant I was able to honor their life and share in that joy.

There is a line in the article through which I first learned of non-directed donation that profoundly spoke to me then and that I now know to be true: “I was selfishly, deeply gratified to have made at least one choice in my life that I know beyond a shadow of a doubt was the right one.” There are so many decisions in my life that I regret or second-guess, but this will never be one of them. 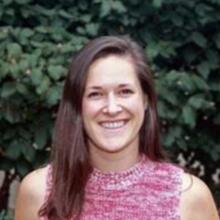 Katie Acosta donated her kidney in July of this year. She lives in Washington, D.C., with her husband, Mike, and their dog, Ellie.