Pope Francis to visit Japan, ‘the land of his dreams’

Pope Francis to visit Japan, ‘the land of his dreams’ 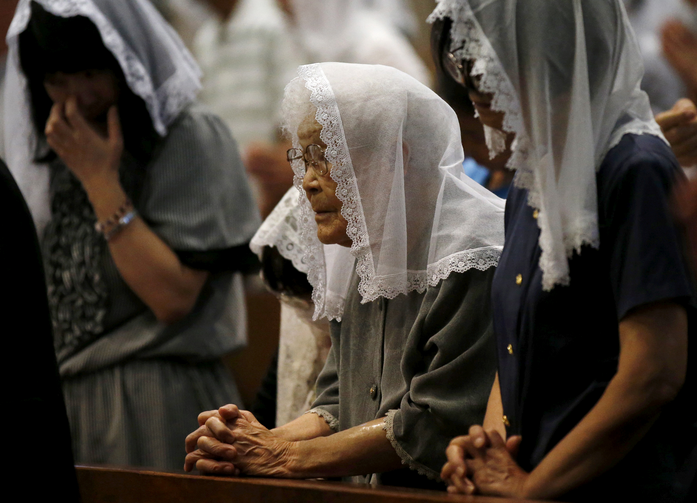 People pray for victims of the 1945 atomic bombing during an Aug. 9, 2015, Mass at the Urakami Cathedral in Nagasaki, Japan. Pope Francis will finally fulfill his desire to be a missionary to Japan when he visits the country, as well as Thailand, Nov. 20-26, 2019, the Vatican announced Sept. 13. (CNS photo/Toru Hanai, Reuters)

Last weekend, Pope Francis made the surprise announcement that he hoped to visit South Sudan. On this week’s episode of “Inside the Vatican,” Gerard O’Connell and Sebastian Gomes discuss why the pope is interested in visiting the war-torn African nation, and when he is likely to go.

Next up, Gerry will be traveling with the pope to Japan and Thailand from Nov. 19 through 26. Gerry explains why Japan has been “the land of Francis’ dreams” ever since the pope was a young Jesuit. Then, Sebastian and Gerry explore the political and social implications of Francis’ highly anticipated address against nuclear weapons in Nagasaki, and unpack the interreligious work that the pope will be doing on his visit to Thailand.