In difficult times, pray for the courage of Mother Cabrini. 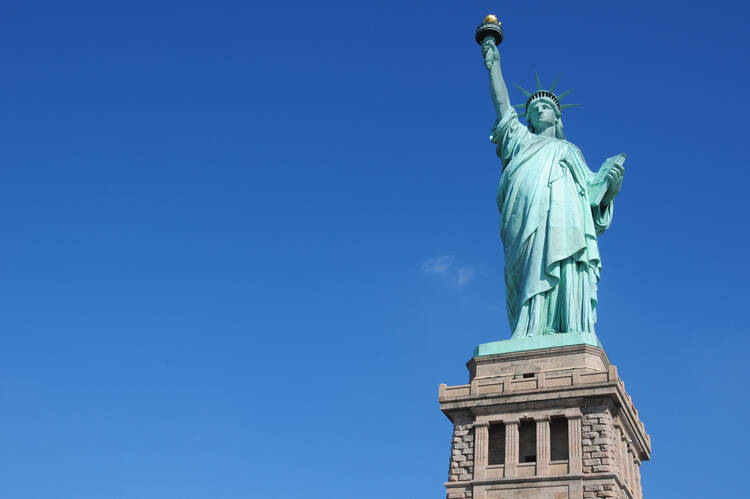 Do you know who Mother Cabrini is? We celebrate her Feast Day this week. St. Frances Xavier Cabrini was an Italian-born sister who felt a passionate desire to serve the poor. In 1880, after founding the Missionary Sisters of the Sacred Heart, she presented herself to Pope Leo XIII and asked to be sent to China. Leo answered, “Not to the East, but to the West.” So she set her sights on sailing to New York, where she hoped to work with Italian immigrants. But between the time that she left Italy and arrived in New York, the local archbishop decided that he didn’t need her. No one even met her at the docks when she arrived. When Mother Cabrini finally made it to the archbishop’s office, he told her that she should return to Italy. In response, this woman, who knew little English, said, “In America I stay.”

So she did, where she and her sisters helped countless immigrants. Today Mother Cabrini is the patron saint of immigrants. As the Sacred Heart Sisters describe it, Cabrini “organized catechism and education classes for the Italian immigrants and provided for the needs of the many orphans. She established schools and orphanages despite tremendous odds.”  Mother Cabrini is one of the many sisters who faced down opposition, even within their own church, in order to do good. This week in prayer perhaps you could ask for that same kind of courage, so that when you’re presented with something difficult you can hear her say, “In America I stay.”

@jamesmartinsj
Provide feedback on this article
Join the conversation: Login or create an account
Before you can comment, you need to update your profile to include your first and last name, as required in our comments policy. Then reload this page and you'll be set up for commenting. Update your profile
Show Comments ()
Comments are automatically closed two weeks after an article's initial publication. See our comments policy for more.