Five reasons John Henry Newman is a saint for our times 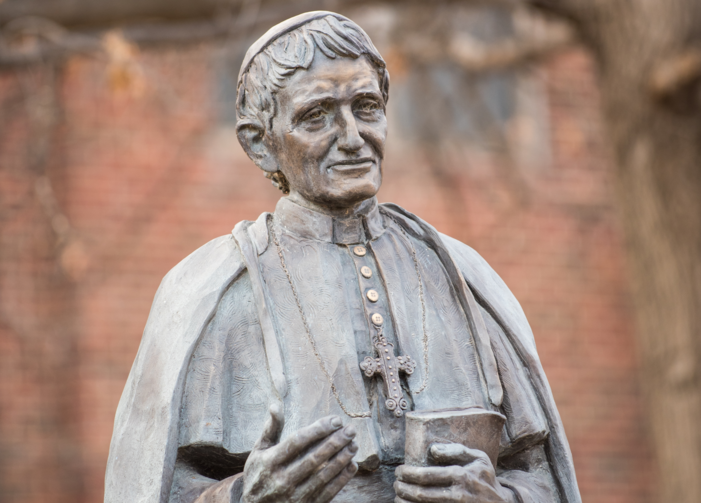 When people today hear that John Henry Newman is being named a saint, the first question that likely comes to mind is: What can I take away from the example of a 19th-century priest and intellectual? Not only did Newman live in a very different time, but his day-to-day existence was quite different from what most of us experience. We should be careful, though, about being too quick to dismiss Newman’s example. Newman, like all of the saints, is perennially relevant because holiness never goes out of style.

In light of his feast and in celebration of his canonization, here are five ways Newman remains relevant to the world today:

1. He prioritized the education of the lay faithful.Throughout his life, Newman had a real concern for education. He thought it was particularly important that the lay faithful—not just clergy—have a strong understanding of the reasons the church taught what it did. Newman promoted various educational efforts, and this legacy has been preserved through his being named the patron saint of Catholic campus ministries at public universities. Thus, thousands, perhaps even millions of U.S. Catholics have experienced the formative years of their intellectual and spiritual development at Newman Centers on college campuses. When adult Catholics think about when they made a personal commitment to their faith—something beyond simply making their parents happy—their mind very likely turns to Newman.

Newman, like all of the saints, is perennially relevant because holiness never goes out of style.

2. He fostered community. The generation of Americans who are coming of age now highly value community. Newman recognized that in the Christian faith, we need the support of others—not only to steer us away from erroneous ideas about God but also to sustain us through the difficult moments that inevitably come our way. Newman was celibate, but this does not mean that he was devoid of love. He developed several close friendships, and in his voluminous collection of letters (now digitally archived in the NINS Digital Collections), we can see just how significant these relationships were in his spiritual journey. For young Catholics, the communal life that Newman fostered is a shining example of the kind of shared witness that is sorely needed in our world today.

3. He stood up for the truth.Newman wrote extensively about conscience—its role in our coming to know God as well as the moral imperative of listening to the promptings of conscience. As applied to his life, Newman firmly believed that he was bound in conscience to adhere to the truth regardless of the personal costs. For instance, when Newman, ordained an Anglican priest in 1825, became convinced that the Roman Catholic Church was founded by Christ as the ark of salvation, he felt compelled to enter that communion, even though this decision cost him close friendships and meant giving up his fellowship at Oxford.

Catholics can turn to Newman as someone who combined the concerns of head and heart.

As a Catholic, Newman never shied away from speaking the truth. His ideas about consulting the faithful and his willingness to question the doctrine of papal infallibility at the time of the First Vatican Council placed him at odds with many prominent church leaders and theologians, but Newman thought it was more important to speak the truth than to curry favor. Catholics today continue to look to Newman as an inspiring example of someone who pursued the light of truth regardless of the costs that were involved.

4. He had equal concern for the head and heart. Newman was a brilliant thinker, but he also was a compassionate pastor and loyal friend. Catholics can turn to Newman as someone who combined the concerns of head and heart. He developed compellingarguments in defense of the faith but never reduced Christianity to merely a matter of intellectual concern. Newman knew that emotions and personal influence played a significant role in bringing others to know God and always remained sensitive to these elements of human experience.

5. He re-imagined the relationship of doctrine to history.Newman was the first Catholic theologian to articulate a fully formed theory of doctrinal development. Before his Essay on Development, most Catholic theologians operated with a successionist understanding of Christian history, in which Christ was understood to have handed a deposit of faith to the apostles, and then the church transmitted these precise propositional truths down through history. In contrast, Newman described the history of doctrine in more organic, developmental terms—theorizing that the church gained a deeper understanding of the truths of the faith through ongoing reflection. In this way, Newman advanced the conversation about development and laid the groundwork for how Catholics think about the relationship between history and doctrine.

Holiness, one could say, is a task for all seasons, and one of the most effective ways of becoming holy is to learn about and to imitate the lives of the great saints who went before us, including our newest saint, John Henry Newman. 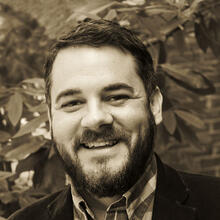 Ryan J. Marr is the director of the National Institute for Newman Studies.

I think your number 5 is the most important thing about Newman. A very good discussion of him went on recently at "First Things." I participated in it myself (to the chagrin of some of the "conservatives"), but even the "conservatives" there seem to be a more thoughtful bunch than most of the "conservative" trolls who come on here:
https://www.firstthings.com/web-exclusives/2019/09/newman-at-the-amazon-synod?fbclid=IwAR1bOuzBjKoTKaOyS__q2TXwUnQsBZHJ7Gy_KwQLaJSnqlg8qWwkQFuqwxw

"It is a law of God's Providence that we succeed by failure."
- John Henry Newman
(which I first discovered in Michael Dirda's charming An Open Book: Coming of Age in the Heartland.)

When Victorian England, including its universities, censored "naughty" sex out of literature, Newman stood up against such censorship in his speech opening the formation of the Catholic University of Ireland. The msot famous quote form this speech is "The can be no sinless literature of sinful man."

The current form of "successionist" thinking in the Catholic church is that doctrinal thinking was completed and frozen with the Council of Tent and Vatican I.

I would welcome a current review and evaluation on Newman’ “The Idea of a University.”

Newman was a part of the Kingdom of God on Earth as our Lord preached it, not something that must wait for the next life. This was the world of Chesterton and Tolkien.

They all give too much credit to the Oxidental Church, but fit into the Church of Leo rather than Bl. Pius IX and St. Pius X, who could not hold a candle to St. John. I still find Andrew Sullivan's comments interesting. This puts St. John more in line with Francis and those after him.

Almost 100 years after his ordination as an Anglican Priest, Ecumenical Patriarh Melios and the Great Synod declared Anglican orders valid.