Who is going to the Amazon synod?

Who is going to the Amazon synod? 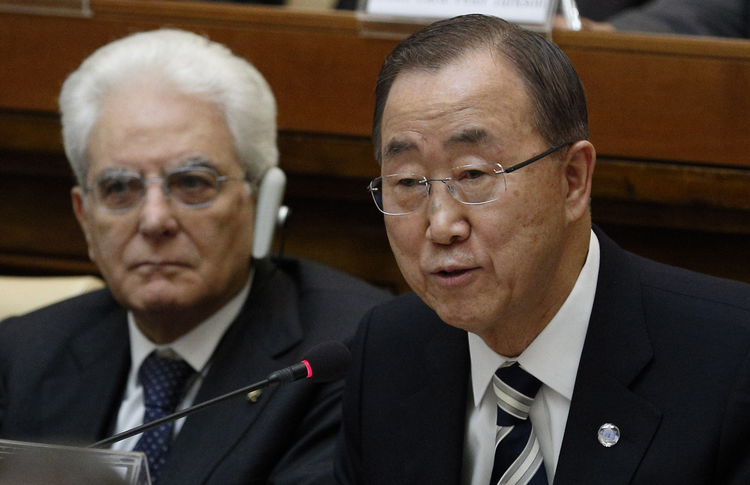 U.N. Secretary-General Ban Ki-moon addresses an April 28, 2015 Vatican summit on the moral dimensions of climate change and its impact on the poor. He will return to the Vatican for the upcoming synod on the Amazon region. (CNS photo/Paul Haring)

This week on “Inside the Vatican,” Gerry and I take a look at who has been invited to the synod on the Amazon region. Who decides who goes to a synod, and what kinds of people do they look for? We talk about several of the high-profile guests and the viewpoints they will bring to the synod hall next month.

Next up, we examine some of the plans that the German bishops are making for a national “synodal journey,” a meeting of bishops and lay people that will cover challenging topics like power and authority in the church; sexual morality; the priesthood, including mandatory celibacy; and the role of women in the church, including the possibility of expanding their roles in ministry.

Why can’t women vote at the Synod on Young People?
Colleen Dulle
Finally, Pope Francis addressed the United Nations summit by video this week, saying world leaders have not gone far enough to implement the Paris Agreement to limit greenhouse gas emissions and slow climate change. We take a look at the particulars of Pope Francis’ stance on climate change and his encouragement of young climate activists.

Now that the Pope has invited a pro abortionist atheist to the Synod, can we dispense with all further criticisms of those who believe Ayn Rand has some merit in economics because she was an atheist.

Advertisement
More: Inside the Vatican / Synod on the Amazon / Pope Francis / Climate Change