I received God’s healing from the hands of a pharmacist 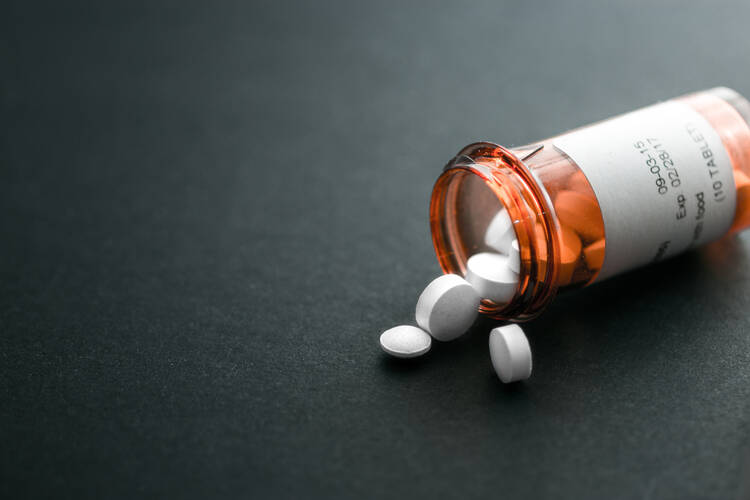 The only way to be loved by God, I once believed, was to avoid sin or do penance. I did not excel at the former, and so I thought I could make up for my imperfection by being the perfect penitent. Growing up going to Mass and Catholic school, I knew a lot about Jesus, but I didn’t know who he was. The God I had been taught about was tainted by lies: My parents, teachers and priests told me I had to “earn” heaven. The God I knew was the benevolent creator of the world and a generous father—but only if his rules were kept to the letter.

Thankfully, once a month in confession I was able to clean my sin-dirty soul. My priest emphasized the importance of making sacrifices to atone for the sins of those who do not love Jesus. To win God’s favor, I repented not only for my sins but the sins of others. I imagined myself growing in Christ and in faith, but at the end of the day, all I was growing in was scrupulosity.

When I was 15, a priest told me in confession to inflict a little pain upon myself—a pinch on my arm or a twist of the ear—when I experienced temptation so that I would associate it with pain. I became obsessed with the mortification of the flesh, despising my body for being a stumbling block on the road to sanctity. I would beat myself and wore a belt made of binder twine against my bare skin. A few times, I fasted to the point of starving myself. My goal was self-obliteration, to become a nothing, a victim of God’s wrath on earth so that I could earn heaven by my good works. Punishing myself for sins real and imagined, I excused my self-torture as piety. I examined my conscience daily, cross-referencing different lists of mortal and venial sins, picking anxiously over what I had done wrong that day: failing to finish a Rosary, sleeping in late, getting distracted during prayer.

Punishing myself for sins real and imagined, I excused my self-torture as piety.

Confession granted little relief because upon leaving the confessional, I would immediately berate myself for forgetting to mention a peccadillo or two. In college, my scrupulosity grew worse, as I had access to daily Mass for the first time in my life. If I overslept and missed Mass, I would criticize myself hatefully. Eventually, I avoided weekday Mass and other religious practices because they had become so painful. I attended Mass on the weekend—but only because of my fear of eternal damnation.

Early one Saturday morning, a friend made me come to confession with her at one of the parishes in town. I was not keen on going, but she dragged me like a condemned criminal into the confessional anyway. I began confessing to the priest the same sins I told God about every week—not praying well enough, thinking ill of others, feeling impatient. But internally, I was scoffing at the futility of the sacrament.

In the middle of mindlessly reciting the Act of Contrition, however, I stopped and thought about what I had just said. Before God and this priest, I said that I was sorry for my sins because I was afraid of God’s “just punishments.” Suddenly, I did not want to be sorry out a fear of fire and brimstone anymore. For so long I had feared God as a stern father in the sky who checked off all I had done and all I had failed to do, and it had nearly destroyed my faith.

God’s healing is not bound by sacrament alone and can be received as a gift through the hands of a pharmacist.

Never before had I prayed with that wound. Awestruck, I was able to look into the face of God for the first time without shame and without fear. I saw myself reflected in his eyes as a beloved daughter whom he designed with purpose, worthy of being known by him, good and bad, for he has deposited his beauty deep within me.

Why we need both God and medicine to overcome trauma
Michael R. Lovell

This was just the beginning of the long journey of healing ahead of me. As a teenager, I had been told by priests and teachers that I did not need a doctor, that I just needed to “have more faith” and “trust Jesus more.” While both those statements are true, little did I realize that my scruples were not just a spiritual problem but evidence of undiagnosed anxiety disorder. With much prompting by both my spiritual guide and my academic advisor, I went to a psychiatrist, dragging my feet the entire way.

After months of trying different pills that did not work, we found the right prescription. It became easier to manage my scruples and choose to be peaceful. I found that God’s healing is not bound by sacrament alone and can be received as a gift through the hands of a pharmacist. The confessional and the psychiatrist’s office are both holy ground, and it was essential for the growth of the entirety of my person—mind, soul and body—to have both.

To this day, I write on the side of the bottle of my medication, “Daily Bread,” to remind myself of the sacramentality of my meds, that they too are a visible sign that God desires my happiness and wholeness. Mental illness made me poor in spirit, and that dependency has brought me into deeper communion with God, others and myself. 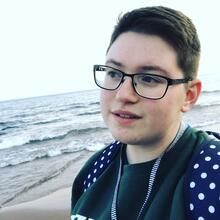 Shannon DeGrave studies theology and English at Silver Lake College of the Holy Family in Manitowoc, Wis. This essay is the first-place winner in America’s annual Generation Faith essay contest.

Shannon, I am speechless reading your beautiful essay. I am a pharmacist, and to think my hands could be an instrument of God’s healing humbles me beyond words. I have been practicing pharmacy for about forty years, and I will admit I haven’t always prayed over the medicine before it was dispensed, but I try to do that now. By sharing your story you have given me a gift. God has used your exquisite writing skills to help me appreciate my profession, which, truth be told, at times I took for granted. God Bless you on your journey. I will never forget your uplifting words.

I want to thank you Shannon for a beautiful and soulful writing I've ever seen. I'm a recent graduate pharmacist, and many times I wonder if my profession and my faith are still compatible. Your essay shows me that God does create my profession just like He created the earth and humanity, and He has plans for His creations, truly. I'm no exception, and with that, I'm proud to be a pharmacist. Thank you again!

Quan, you are a recent graduate, and I’m a 40 year near-retiree, and we were both blown away by this moving piece. Don’t know how this would go over in secular universities, but this should be required reading for every current pharmacy student.

Quan, you are a recent graduate, and I’m a 40 year near-retiree, and we were both blown away by this moving piece. Don’t know how this would go over in secular universities, but this should be required reading for every current pharmacy student.

I have found a lot of help in the book Understanding Scrupulosity by Father Thomas Santa, CSsR in addition to my meds.

a great piece of revelation by Shannon, that is worth a 100 sermons about
"unworthiness". Mental health and religion are not always compatible, so glad that Shannon found a helpful integration.