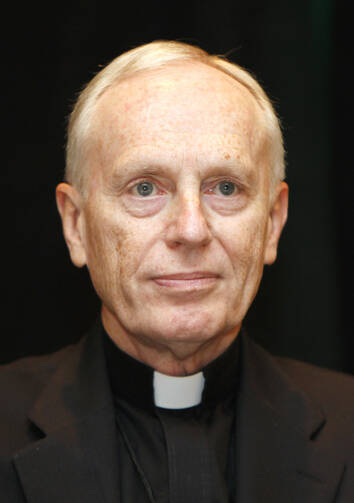 ALBANY, N.Y. (CNS) -- Retired Bishop Howard J. Hubbard of Albany said in a statement Aug. 16 he "never sexually abused anyone" and is taking a voluntary leave of absence from the Diocese of Albany to deal with the allegations.

The new law opens a yearlong "window" in the statute of limitations, allowing suits to be filed by victims alleging abuse by priests, church workers and employees of public schools, hospitals and other institutions no matter how long ago the alleged abuse occurred.

"When I retired as bishop of the Diocese of Albany five years ago, I put my name on the list of retired priests who help out as needed in our parishes," said Bishop Hubbard, who headed the diocese for 37 years.

"For the last five years, I have had the privilege of celebrating Mass and presiding at weddings, baptisms, confirmations, graduations and funerals at parishes in every corner of our diocese. This opportunity for continued service to our people has been a spiritual joy for me," he said in a statement.

"Earlier this week, I was publicly accused in a lawsuit of sexually abusing a minor in the 1990s. With full and complete confidence, I can say this allegation is false. I have never sexually abused anyone in my life. I have trust in the canonical and civil legal processes and believe my name will be cleared in due course."

However, he said, he will take the "profoundly painful step" of temporarily stepping aside from his public ministry.

"I have been a priest for 55 years. My ministry is my life. But stepping aside temporarily now is the right thing to do," Bishop Hubbard said. "Our people and our broader community must be assured that our church leaders, active or retired, and indeed all clergy are living in accord with the highest standards that our sacred ministry requires."

Bishop Hubbard was born in Troy, New York, ordained as a priest of the Diocese of Albany Dec. 18, 1963. On Feb. 1, 1977, he was appointed as the ninth bishop of Albany by St. Paul VI, making him the youngest bishop in the United States at that time; he was 38. He was ordained to the episcopacy March 27, 1977, at Siena College in Loudonville, New York.

"I have been a priest for 55 years. My ministry is my life. But stepping aside temporarily now is the right thing to do."

In his statement, Bishop Hubbard said that "with humility," he advised Albany Bishop Edward B. Scharfenberger that he will take a voluntary leave of absence "until this matter is resolved."

After the news of Bishop Hubbard broke Aug. 14, the Diocese of Albany released the following statement: "While this charge is extremely distressing for the Diocese of Albany, the bishop emeritus is entitled to be treated in the same manner as any other priest or deacon who has been accused of abuse. The diocese has clear policies and procedures in place when such accusations arise, and we expect those to be followed in this case, and in every case."

"It is critically important to remember that, like anyone else, Bishop Emeritus Hubbard enjoys the presumption of innocence," the statement continued, "and we will withhold any judgment until all the facts are known and this case is resolved. We take all allegations seriously and pray for all who come forward with allegations."

The diocesan statement noted that in accordance with Pope Francis' recently released document "Vos Estis," Bishop Scharfenberger has informed the papal nuncio to the United States, Archbishop Christophe Pierre, and New York Cardinal Timothy M. Dolan, who is metropolitan archbishop for the New York Province, "of the legal claim against Bishop Hubbard."

Bishop Scharfenberger reported that after speaking with Cardinal Dolan, the New York prelate "urged full cooperation with the investigation, expressed gratitude to Pope Francis for the clear directives in 'Vos Estis' and offered prayers for all involved," the statement said.

The pope issued the landmark document "Vos Estis Lux Mundi" ("You are the light of the world") in May to help the Catholic Church safeguard its members from abuse and hold its leaders accountable.