Partisanship and the kingdom of God 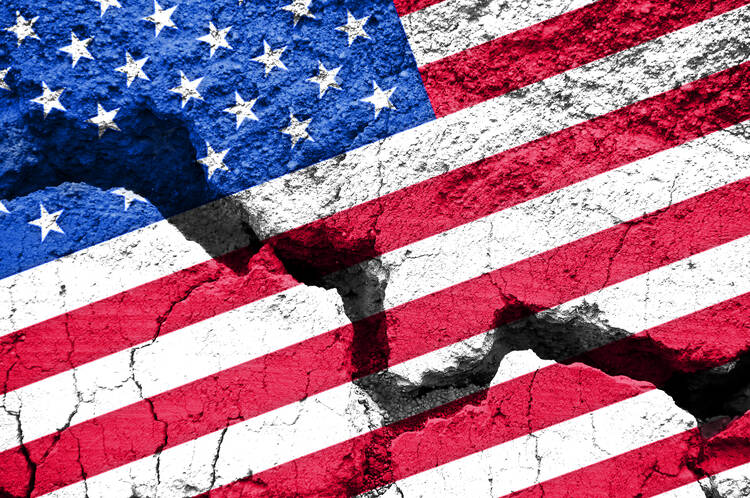 George Washington had intended to be president for a single term of office. He stayed to serve a second because he felt that the unity of the young nation was threatened by the deep divergence of views represented by the followers of Alexander Hamilton and Thomas Jefferson.

At the end of his second term, in his 1796 farewell address to the nation, Washington famously warned against the creation of political parties, writing;

They serve to organize faction, to give it an artificial and extraordinary force; to put, in the place of the delegated will of the nation the will of a party, often a small but artful and enterprising minority of the community; and, according to the alternate triumphs of different parties, to make the public administration the mirror of the ill-concerted and incongruous projects of faction, rather than the organ of consistent and wholesome plans digested by common counsels and modified by mutual interests.

Washington understood that his nation’s new government was as susceptible to overthrow or despotic domination as any European crown. He spoke of a malign spirit in our human nature that makes enemies of those with whom we disagree.

The departing president also spoke of an innate selfishness by which each of us desires to control not only our own lives but those of others as well. We Christians would call this “sin” and insist that, by our own efforts, we are unable to expel this selfishness from our nature. It is not a hard case to make when one looks to our history.

Who would claim that the platforms of either the Democratic or the Republican parties fully mirror Gospel values?

American public education was intended to construct a common set of values and skills on the basis of which informed citizens could contend with each other over the direction of the commonweal. We quickly discovered, however, that a spirit of divisiveness would not wait at the door while our youth were being educated. The curriculum of our public schools has never ceased to be a source of contention.

We always think that advances in communication will accelerate our congruence as citizens. First radio, then television and finally the internet would make it possible to exchange ideas, quickly and broadly. If something malign is not written into our nature, how is it that we continue to create contending stations and warring websites?

The Prophet Jeremiah was thrown into a cistern because his message challenged the ruling party. Power can coerce unity, and it is always tempted to do so. As Washington saw it, political parties would become

potent engines, by which cunning, ambitious, and unprincipled men will be enabled to subvert the power of the people and to usurp for themselves the reins of government, destroying afterwards the very engines which have lifted them to unjust dominion.

Who would claim that the platforms of either the Democratic or the Republican parties fully mirror Gospel values? Yet we are probably passed the point that the party system can be jettisoned. Unless you subscribe to a party, you have little say in the selection of its nominee, which is why those selected tend to speak for the sidelines of each party. Our sidelines now seem so distant from each other. Screaming seems the only way to be heard.

Your center, your true partisanship, is in a good you do not yet possess, in a knowledge you must still master, in a way of life you do not yet fully live.

At first glance, Jesus seems to accept factionalism as the inevitable fate of his followers. Their world was as wicked and willful as our own. Yet the Lord insists that we have found a unity in him that will allow us to live and to flourish, even as it sets us apart from those who seek dominion through power.

If you live his beatitudes you will be estranged, even from the bonds of family. If you embrace the stranger, the one who is different, if you seek peace over war, if you listen more than you speak, if you urge others to look to what is to come rather than to fight over what was and who controls what is, you will not be spared the division that sin brought into the world.

Why do we find the end of the world so entertaining?
Terrance Klein

Yet living in the way of the savior, you will find life; you will be able to share life; and you are the world’s best hope. Why? Because your center, your true partisanship if you will, is in a good you do not yet possess, in a knowledge you must still master, in a way of life you do not yet fully live.

To call Christ our savior is to say that we are not our own messiahs. To receive a savior is to open yourself to the gift that the other can be, once we ourselves have been freed from the sin of selfishness.

Political parties are engines of self-interest, presenting themselves as saviors. Good government must rise above partisanship. It must contain our essential selfishness, our desire to dominate others. If it does this, it creates a space for the Gospel to be heard and for saner, less selfish spirits to lead.

It does seem to me that the platform of the Democratic party is very close to gospel values ... they support the poor, the elderly, children, women, immigrants, the sick, etc.

Crystal
The Democrat’s Platform does indeed espouse support of these Gospel Values.....But they believe that Government is THE way , THE truth and THE light for achieving those values.
In short Christ preached the Beatitudes as an “individual responsibility” not a Government responsibility .....An individual cannot simply outsource his fulfillment of these injunctions to his government or his political party. If Christ intended to preach the Beatitudes to government , he would have gone to Rome instead of the Sea of Galilee. Being coerced by taxes into providing for the poor, the disabled, the hungry, etc earns one no merit ; it does not soften one’s heart.
To say : “I voted for that” or “My taxes support that” is not the Beatitude equivalent of “I have done that...I am doing that”

There is nothing stopping individuals from being charitable. But there is a big difference between justice and charity. Charity is easy - you get to decide when, how much, and if you will deign to help someone who is less fortunate - you have all the power and the less fortunate person is always begging. But the less fortunate don't exist as object lessons or as a way for conservative Christians to win celestial brownie points. Justice is about recognizing that everyone has an innate right to the basics of life, such as health care. They don't need to beg and there's no one lording it over them. I believe Jesus would be 100% behind this.

Crystal
If Charity were , as you say ,”easy” then I do not believe that Christ's unheeded admonition to the rich young man would have such a central role in the Gospel. I remind you that Christ’s request to the young man was to give up and give away HIS OWN goods .........not to collect and give away the goods of others.

The concept of Justice includes practicing what you preach ...as in “a just man”.
I suggest you do a bit of research on what some of these public proponents of the government dispensation of The Beatitudes have actually practiced. At least two of the most prominent long time proponents of this government approach have absolutely wretched records of personal involvement in feeding the hungry, clothing the naked or any of the other Beatitudes that require sacrificing self. These are not exemplars of “ just men”.
.
Charity is not as you put it “ about exercising power” or “lording it over”, it t only comes down to that if the giver wants, expects or demands something in return- like the donee’s vote!’ That is exactly what proponents of governmental controlled dispensation of the Beatitudes seek.

Recent assessment of our society.

America is a divided country in part because half of Americans live in a fantasy land, predicated on fear and gossip, and entirely unrelated to reality.

A good example are cries of racism everywhere as it gets less and less.