How D.C. Catholics are leading the response to the clergy sexual abuse scandal 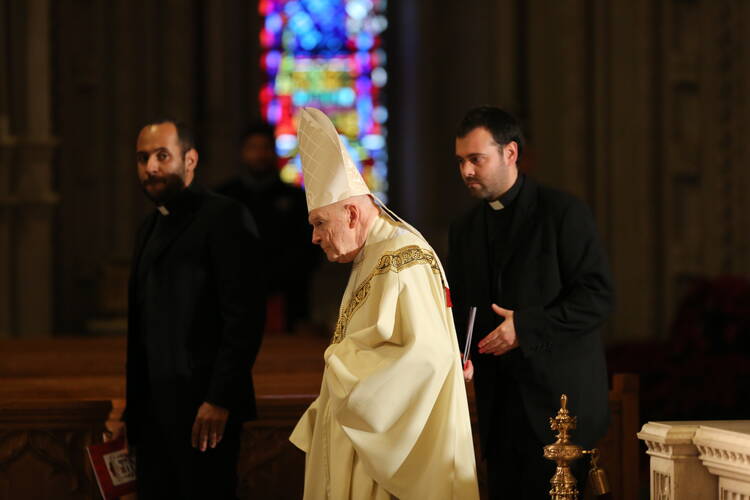 This week marks one year since the release of the Pennsylvania grand jury report, which detailed the alleged crimes of hundreds of priests over seven decades and brought the sexual abuse crisis in the Catholic Church back into the national spotlight.

The failure of church leadership to stop clerical sexual abuse hit Catholics in Washington, D.C., hard. Two months before the grand jury report, claims of abuse against former cardinal Theodore McCarrick, then archbishop emeritus of Washington, became public. In October, Pope Francis accepted the resignation of Cardinal Donald W. Wuerl, then the archbishop of Washington, who had been criticized for his handling of abusive priests during his time as the bishop of Pittsburgh. A few months later, McCarrick was laicized by Pope Francis.

In the wake of last summer’s news, my parish, Holy Trinity Catholic Church in Washington, D.C., embarked on a “Season of Discernment.” We asked: How could a local parish help heal serious wounds—especially wounds of trust born of the scandal—for survivors and their families as well as the broader community of lay faithful? How might we avoid getting stuck in the status quo and move forward to enact meaningful change?

As a member of Holy Trinity’s parish pastoral council and a parent with two boys at Holy Trinity School, I participated in a dialogue with Hans Zollner, S.J., the president of the Centre for Child Protection at the Pontifical Gregorian University in Rome. Hearing my description of our Season of Discernment, Father Zollner responded, “I can feel that you own it, and that is what will ultimately change the face of the church.”

As I reflect on this past year, I wonder: What does it mean to “own it”?

A response to the crisis had become our parish’s priority. Guided by an Ignatian discernment process, we integrated our response throughout parish activities and became closer as a community. Our Ignatian spirituality and Jesuit identity committee drafted articles on the elements of discernment for our parish bulletin, and the education committee hosted speakers on church history and structure to provide a backdrop to our recommendations.

Other outcomes included a lay-led prayer service in February prior to the gathering of the presidents of bishops’ conferences in Rome to discuss the protection of minors; the award of grants to local organizations that support survivors of sexual abuse and their families; and the development of a page on our website with links to articles and other resources.

How could a local parish help heal serious wounds for survivors and their families as well as the broader community of lay faithful?

The five Jesuits at the parish walked with us during our Season of Discernment. They addressed the scandal forthrightly in homilies. And when the Maryland Province released names of Jesuits credibly accused of sexual abuse, Kevin Gillespie, S.J., the pastor of Holy Trinity, sent a message to all parishioners expressing a heartfelt apology to victims.

One of the most important outcomes of our Season of Discernment has been what we have learned from the process itself. Within the first three months, we hosted 12 listening sessions, inviting parishioners to express what weighed heaviest on their hearts—and the responses were raw. One parishioner described a sentiment shared by many:

The pain endured by children that has left so many lives broken or shattered, or somehow less than what might have been. [This] weighs the heaviest.... I’m also very sad to see the names of priests that I knew growing up in the news now. And I wonder what we still don’t know.

We sought to channel our anguish to support meaningful reforms. In November, 130 parishioners outlined steps to move forward, including prayer, support to survivors and their families and efforts to increase inclusion, transparency and accountability in the church.

In April, we held a second parish-wide forum to take stock of where we were and offer support for parishioner-led actions. We learned how parishioners’ work took the form of prayer, education and action. We have begun building a network with other parishes and Catholic institutions of higher education that “own” the issue as well, to support each other’s voices and actions. Through this process, we have learned the following lessons.

At all times, we are sensitive to the possibility that we may be speaking with survivors who have not identified themselves to us.

The tools and principles of Ignatian spirituality help us navigate our path forward. The Ignatian presupposition reminds us to attribute good intentions to each other during the difficult conversations that inevitably arise in the context of the clerical sexual abuse scandal. We adapted the Ignatian Examen to serve as the closing prayer at the end of each open forum.

The needs and perspectives of all who suffered harm from clergy sexual abuse are paramount. We cannot assume we understand the depth of our fellow parishioners’ pain. The events of last summer prompted conversations—in some cases about stories hidden for years—and revealed a ripple effect of harm that the scourge of sexual abuse and failures of leadership caused in families, parishes and broader communities. The ripple effect includes the guilt felt by those close to victims who unknowingly encouraged relationships with priest abusers and the broad sense of betrayal by a church our parents taught us to love.

In developing our process, we consulted with those who suffered harm directly from clergy sexual abuse. But we also know some suffer silently. At all times, we are sensitive to the possibility that we may be speaking with survivors who have not identified themselves to us.

The way we facilitate conversations fosters inclusion.Our restorative justice ministry helped refine the listening session process by incorporating a circle seating format and a “talking piece,” a small cross or another small object that was passed from speaker to speaker to promote respect for the voice of each participant as an equal contributor. This helped ensure the incorporation of multiple voices into our discernment process. We used a similar format during the parish open forum, and the parish pastoral council gathered in a circle to reflect on the Season of Discernment and recommit to our leadership role.

Collaboration with others who“own” the response to the sexual abuse scandal increases our chances of effecting change. In addition to telling us that he sensed that we “own it,” Father Zollner reminded us that “you have many allies, this is not the only parish.... So we are more than we think, and this is something that we should build on.” We look forward to working with other Catholic leaders, parishes and universities to build on what we have done. Together we will transform our season of discernment into a season of hope. 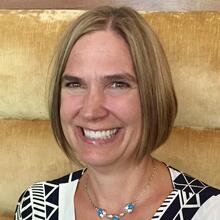 M. Kathleen Coogan shares a seat on the parish pastoral council at Holy Trinity Catholic Church in Washington, D.C., with her husband Kevin, and they have two sons at Holy Trinity School. She is a senior advisor at the U.S. Department of State and an adjunct professor at Georgetown University in the conflict resolution graduate program.

Thank you for your leadership, Kathleen. We own it, too, at our Jesuit parish St. Ignatius Loyola in Sacramento. We have pursued some similar things including listening sessions and educational events organized by the committee we call "It's Our Church." I think our committee leaders have been in contact with the Washington parish. As powerful as all this has been for us, I feel we're hitting a wall because church structures do not generally respond to bottom-up movements from the laity. Perhaps that will change.

do not let institutional structures and rigidity deter you from continuing this important work. You the people of God, are the Church, not some medieval princes from the Vatican monarchy. Do not ask for permission to do what you think needs to be done.

A group of Catholics from the Philadelphia have been providing leadership on matters related to the abuse of children by priests for the past seven years in a blog entitled Catholics For Change. There has been quite a bit of service and support provided to victims through this blog, check it out!

Thank you for your insights. It saddens me that you did not mention the pain of Sacred Heart, in DC, that is suffering through this ordeal now.