The prayers of the faithful in the wake of massacres

The prayers of the faithful in the wake of massacres 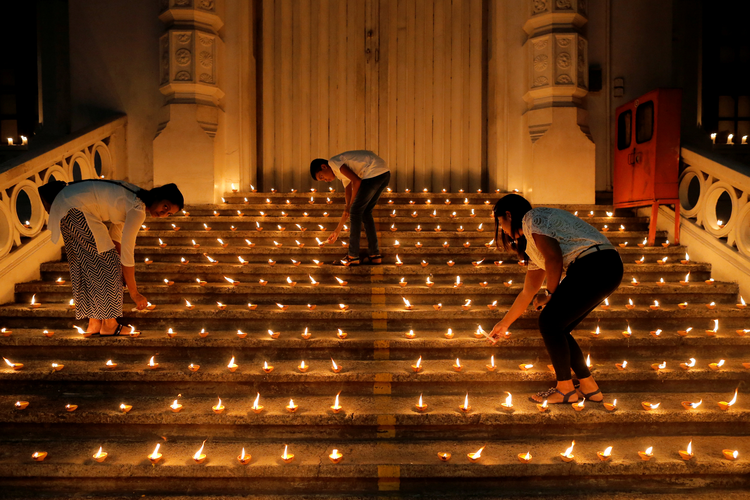 Young people light candles near the closed door of a church in Colombo, Sri Lanka, April 28, 2019, during a vigil in memory of the victims of a string of suicide bomb attacks across the island on Easter. (CNS photo/Thomas Peter, Reuters)

About 30 students from Sri Lanka attend Louisiana State University. Three of them are Roman Catholic, at least one other is Christian, and the rest are Buddhist, Hindu or Muslim.

On May 7, 2019, almost all of them were sitting in our Catholic church, more than doubling the typical Tuesday Mass congregation.

It had been over two weeks since a series of explosions brought an abrupt end to Easter Sunday celebrations across Sri Lanka, that tear-shaped island nation southeast of India. The attacks killed more than 250 people and injured over 500 more at three churches and three luxury hotels. Among the churches targeted were St. Anthony’s Shrine, which is the national shrine to that saint, located in the capital city of Colombo where a piece of St. Anthony of Padua’s tongue is housed; and the Catholic Church of St. Sebastian in Negombo, where more than a third of the casualties took place.

My wife, Tori, read the headline aloud as I sipped my coffee a few hours before our own Easter Sunday Masses began. She sighed and took the words right out of my mouth: “Better add that to the intentions.”

As the director of music and liturgy at Christ the King Parish and Catholic Center at L.S.U., adding last-minute petitions has become a sad but necessary ritual. Upon hearing about some unthinkable violence somewhere in the world, the first thing I do when I get to the church on Sunday morning is pencil another intention into the prayers of the faithful. In some small way, it feels like a solemn duty.

As the director of music and liturgy at Christ the King Parish and Catholic Center at L.S.U., adding last-minute petitions has become a sad but necessary ritual.

This Easter Sunday we began to chant the prayers of the faithful instead of just reciting them, so the news came across with an eerie solemnity as Tori intoned, “especially the victims of the bombings in Sri Lanka this morning.”

A few days later, I received an email from Judith, a doctoral candidate from Sri Lanka, requesting a Mass to be said for the victims of the bombings. Our pastor, Father Andrew Merrick, agreed to say the votive Mass “For Persecuted Christians” and said the Sri Lankan students could choose the readings and prepare their own prayers of the faithful.

The earliest we could offer the Mass was May 7, the Tuesday of the second week of Easter. Judith showed up early with the other two Catholic Sri Lankan students, Dinu and Surani. With them was their Christian compatriot, whom Judith had asked to proclaim the first reading.

I asked the crowd how many were attending Mass for the first time. The hands that rose were not only Sri Lankan but American, Honduran, French and South African.

With five minutes until Mass began, I asked the crowd how many were attending Mass for the first time. The hands that rose were not only Sri Lankan but American, Honduran, French and South African, classmates and friends from the chemistry, life sciences, humanities and mathematics departments.

There was not enough time to explain the liturgy. All I could think to say was, “We’re honored to have you here.” I said it several times, and each time the sentiment grew deeper: “It’s our honor.”

The first reading from Revelation was especially poignant:

After this I had a vision of a great multitude, which no one could count, from every nation, race, people, and tongue.... “These are the ones who have survived the time of great distress; they have washed their robes and made them white in the blood of the Lamb” (Rev 7:9, 14bc).

Father Andrew’s homily began with how the news of the bombing had impacted him, giving voice to the questions many of us had asked ourselves: “How could this happen, Lord? On Easter Sunday, of all days? The day of your resurrection?” Then, perhaps aware of the many non-Christians in the church, he reminded us that the hope of the resurrection is not merely an optimistic wish but a certainty, that those who have died with Christ will also rise with him, and that death is powerless against God’s loving mercy.

A few minutes later, the priest prayed the rarely heard Eucharistic Prayer for Various Needs, which focuses on Jesus as the way to the Father: “Through your Son you gather men and women, whom you made for the glory of your name, into one family, redeemed by the Blood of his Cross and signed with the seal of the Spirit.”

As we sang the Sanctus, I looked at the three Catholic Sri Lankan students. What happened on Easter Sunday was more than an attack on other human beings like me. It was an attack on my family, my brothers and sisters in Christ, living on opposite sides of the planet yet gathered into one body. Ultimately, it was one more attack in the war against God himself, the one that’s been raging since the fall of man. Christ has already won the war; still the Enemy refuses to concede his defeat.

Afterward, I spoke with Judith. She was holding a bouquet of flowers from the Bangladeshi Students Association. The majority of their group is Muslim, yet they specifically asked that we place the flowers by the Blessed Virgin Mary. Judith explained to me that she had never seen religious conflict on this scale in Sri Lanka before. She says that even during their civil war, which ended in 2009, the tensions were always along racial, not religious, lines.

Several weeks later, I told Surani how it still amazed me that so many of the Sri Lankan students had attended the Mass despite not being Christian. Surani said she was not at all surprised by her non-Christian counterparts. “I believe that no religion condones violence and hatred,” she explained, “which was echoed by their presence at church.”

“During times of violence, it is easy to feel that the world is mostly evil,” she said. “But when people put aside differences and stand united, it is a reminder that there is so much more good in this world that cannot be destroyed.”

Correction: Sept. 24, 2019
An earlier version of this article stated that 75 Sri Lankans attend Louisiana State University. Around 30 students at L.S.U. are Sri Lankan. 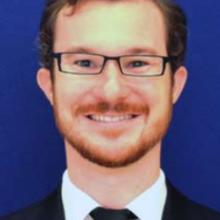 Mark LaBelle is the director of music and liturgy at Christ the King Parish and Catholic Center at Louisiana State University in Baton Rouge.