God meets people where they are

God meets people where they are 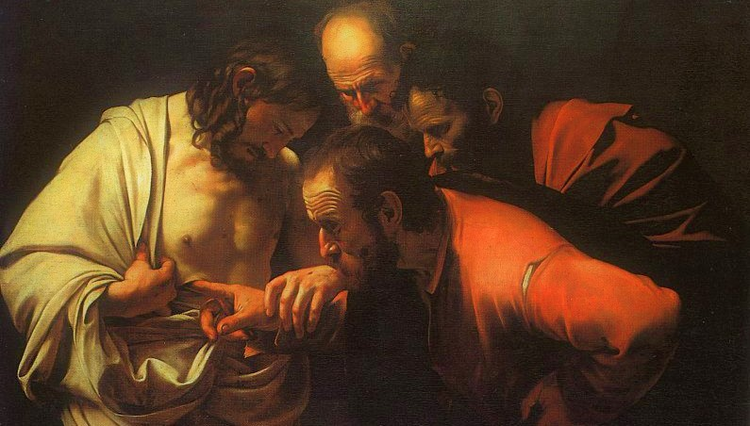 We celebrate this week the Feast of the Apostle Thomas, the so-called “Doubting Thomas.” Now, I’ve always thought that St. Thomas gets a rather bad rap. After all, he was one of the most faithful of Jesus’s disciples. You’ll remember that in the story of the Raising of Lazarus, in the Gospel of John, some of the disciples were worried about returning to Bethany, Lazarus’s home, because it was in Judea, where things were dangerous for Jesus.

But Thomas was undeterred and encouraged everyone to go. But because he was not with the other disciples at one of the original appearances of the Risen Christ, he doubted the Resurrection. He says that unless he himself puts his hands in the wounds of Jesus, he won’t believe. Now, on the one hand, Thomas should have known that nothing was impossible with God. On the other, no one had ever been raised from the dead in that precise way before, even Lazarus, and so he can be forgiven his doubt. But when the Risen Christ appears again, he knows what Thomas needs, and he shows him his wounds.

In this story, two things jump out at us. First, the necessity of asking for what we want in prayer. Thomas wants physical proof and asks for it. For another, trusting that God speaks to us in very personal ways, tailored to our own circumstances. Jesus gave Thomas what he needed: physical proof. This is something I can see about God especially in my work as spiritual director: God meets people where they are. For some people, God meets them through relationships, with others through books; with others through nature.

Maybe this week you can look around to see the very personal and unique ways that God encounters you and invites you to believe, just as Thomas did.