On Corpus Christi, we are reminded that creation is a gift from God

On Corpus Christi, we are reminded that creation is a gift from God 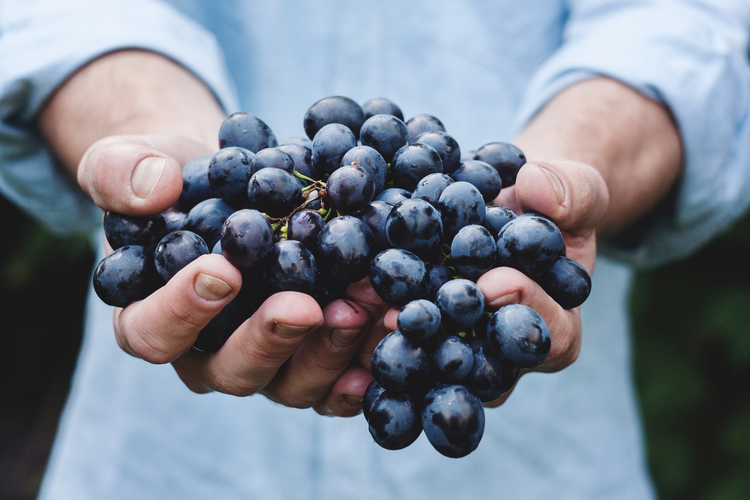 Photo by Maja Petric on Unsplash

When I was a child, one of the world’s great wonders was my grandparents’ garden. At least, of my world. I had never seen such a large vegetable garden. It was planted in an open field behind their house, and it dwarfed the gardens my own family planted, typically because either my brother or I were working toward a merit badge. “Dad, it says to place the seed package on a Popsicle stick at the end of the row so that we know what has been planted.”

“Son, cucumbers, radishes and carrots don’t look anything like each other.”

Not being a Boy Scout, my grandfather also skipped the Popsicle-stick signs. Besides, his lines were much too long to see such a small thing from one end to the other. There were rows of onions, carrots, radishes and beets, as well as patches of cucumber and cantaloupe. This was the sort of garden that Depression-era farmers had planted, one intended to feed the family.

The Lord Jesus gives himself to us in the simplest of forms, in gifts of the earth itself, bread and wine. Thus he humbles us.

The garden was redolent with smells: the wet hay, thrown on the ground to keep out weeds and to keep in water; the cantaloupes and cucumbers when you bent down to sniff them. And most of all, the smell of dill on your fingertips.

Beyond the garden was a little forest of dill and blackberries, planted by my grandmother. Her dill would transform cucumbers into pickles. The blackberries, which we called Schwarzeberries, were for pastries. We were always asking for a bucket, promising to pick them, though I am sure we ate more than we picked.

It was a joy to walk around the garden and to see how the earth had once again burgeoned when it encountered water and sun. Such simple, humble gifts of God!

Our sacraments have a way of humbling us. One would expect to encounter the living God with thunder and winds, say, in the skies over Kansas. Or in the awesome cloud that descended when Moses climbed Mount Sinai to converse with God.

On this day, under the appearance of bread and wine, Christ claims creation itself to be his eucharistic body and blood.

But the Lord Jesus gives himself to us in the simplest of forms, in gifts of the earth itself, bread and wine. Thus he humbles us. The haughty cannot imagine devoting such attention to products of the earth, save perhaps as a symbol of something else. The lowly, who look with eyes of faith, can see the living, eucharistic Lord.

St. Thomas Aquinas composed a poem, translated into English, for this celebration:

Word-made-Flesh, the bread of nature
By His Word to Flesh He turns;
Wine into His Blood He changes:
What though sense no change discerns.
Only be the heart in earnest,
Faith her lesson quickly learns.

The Solemnity of the Most Holy Body and Blood of Christ has a different focus than Holy Thursday, which celebrates the eucharistic meal and the priesthood that makes it possible. Here we ponder the continuing presence of our Lord in the sacred elements.

How has the Eucharist transformed your life?
Michael Simone

He is here for us, whenever we want to enter a Catholic church and be with Christ. When we come before a tabernacle, we know that we are in the presence of another. The French philosopher Jean-Luc Marion would call this mystery an “icon,” a presence that draws us out of ourselves toward itself, as opposed to an “idol,” something our own minds create and then fixate upon.

On Corpus Christi our eucharistic Lord often goes in procession, outside of the church. Of course, Christ slips out of tabernacles all the time, when he goes to nourish the sick and the dying. On this day, he receives our adoration as our eucharistic Lord and also as the Lord of All Creation. And so, on this day we are also reminded that creation, our environment, is, like my grandparents’ garden, a gift of God. Something to be cherished and cared for because God has made us its stewards.

On this day heaven and earth are truly wed. On this day, under the appearance of bread and wine, Christ claims creation itself to be his eucharistic body and blood, much like he once and forever claimed our humanity to be his own. And in the tabernacle we call a faithful heart, we receive him into ourselves.

"Christ claims creation itself to be his eucharistic body and blood". Whaauu,.. really? What an eerie interpretation of St. Thomas' hymn? I'm studying the CC and other Far Eastern religions' dogmas for about 40 years, and for the first time in my life I hear from the catholic priest that Christ had taught or claimed pantheism. Well, do you receive Christ, when you eat apples, vegetables or cucumbers ? The CC' Eucharistic dogmas, for more than 1950 years, speak only of "bread and wine" being consecrated by a legitimate priest during liturgy. Then and only then, that "bread and wine" through the power of Christ's and only Christ's words, became the "body and blood" (transubstantiation), ie. a really and truly present Christ - though not perceptible with human ordinary senses. It has nothing to do with "creation itself", and can't be extrapolated either on other organic or inorganic matter. That formulation is - or at least is - heavily loaded with pantheistic meaning. The Holy Mass is not a family or community feast dinner. It is the highest act of worship of the Most Holy Trinity by the whole CC. Thus...I don't wonder that catholics leave the Church and not catholics stay from her away. Jesuits....quo vaditis ?

"When we come before a tabernacle, we know that we are in the presence of another." That's how I feel when I read one of Fr. Klein's beautifully transcendent articles. Thank you.