Parishes without pastors decline, but only because more churches have closed

Parishes without pastors decline, but only because more churches have closed 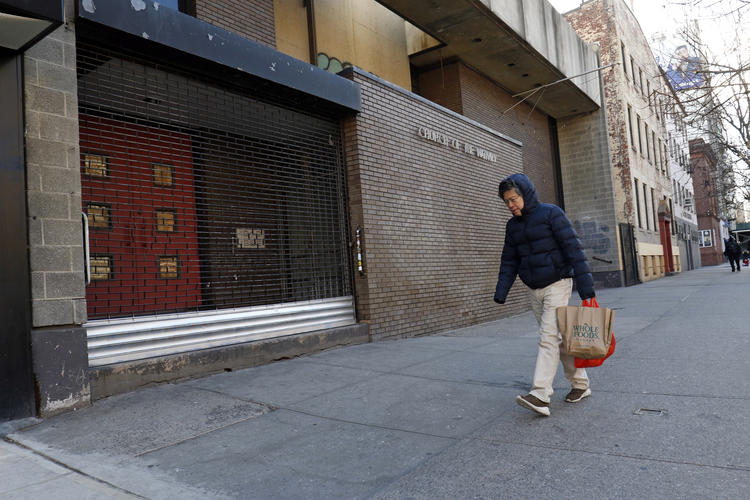 A man walks past the former Church of the Nativity in New York City in December 2018. It was deconsecrated in 2017. (CNS photo/Gregory A. Shemitz)

Almost 20 percent of U.S. parishes (or 3,363 out of 17,007) do not have a resident pastor, according to the latest data from the Center for Applied Research in the Apostolate; about 10 percent of those are entrusted to a deacon, woman religious or layperson. The 341 parishes in the latter situation (known as Canon 517.2 parishes) are considerably fewer than the more than 500 in 2005, but one reason for the decline is that U.S. dioceses have shuttered hundreds of churches since then (1,884 of them at last count). The overall reduction in parishes has so far prevented the long, if slowing, decline in the number of active diocesan priests in the United States from causing an explosion in “pastorless parishes.”

“The question is, how long is this sustainable?” asked Mark Gray, a researcher for CARA, in a recent post for the “1964” blog. With the Catholic population growing steadily in the South and West, it is not practical to keep reducing the total number of parishes, but how else is it possible to cope with the dwindling number of priests available to serve as pastors? “In 1985, there were 1.5 active diocesan priests per parish in the United States,” Mr. Gray writes. “Today, there is 1.0 active diocesan priests per parish.”

The preferred solution seems to be consolidation; almost 90 percent of parishes without resident pastors make do by sharing administrators. But how many parishes can one diocesan priest handle? (And how big can new “megaparishes” get?) Canon law says that a diocesan bishop, responding to “a dearth of priests,” may entrust the pastoral care of a parish to “a deacon or to some other person who is not a priest or to a community of persons” (as long as there is some oversight by a priest).

So far, the Canon 517.2 option is rarely used, even in the United States. But if the “dearth of priests” worsens, it may become a standard response.

Sources: “Parishes Without Resident Pastors Steady in Number, Canon 517.2 Parishes in Decline,” May 22, 2019, on the blog “1968,” published by the Center for Applied Research in the Apostolate, Washington, D.C. Additional data from Frequently Requested Church Statistics, CARA website.

Religion is dying so admit it till there is an answer. Parishes announce that they have 2000 families but less than 300 show up for Mass and few with children. Merging parishes is the only short term answer. I have traveled to several parts of the US and rarely see more than 300 people in the pews at a Sunday Mass. Where I live the parish structure reflects a population of Catholics that existed 50 years ago. So bite the bullet.

A Great way to solve the lack of ordained male quasi-celibates;
Close churches faster than the seminaries.

This article also appeared in print, under the headline “Parishes without pastors decline, but only because more churches have closed,” in the June 24, 2019, issue.