At the Ascension, Christ lifts our history into heaven

At the Ascension, Christ lifts our history into heaven 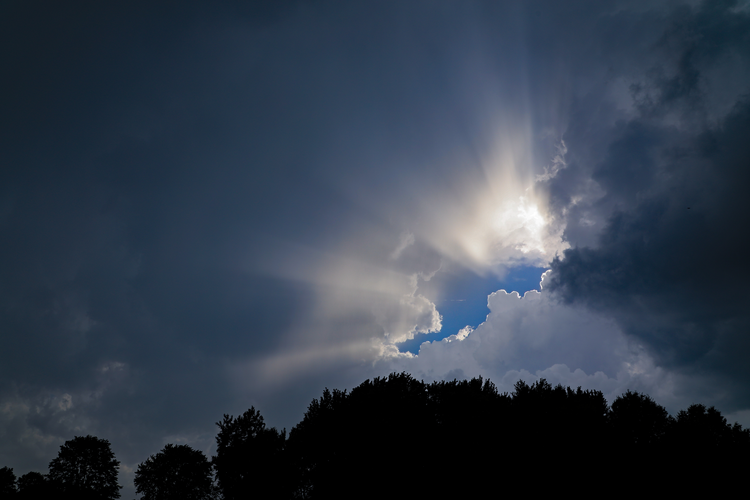 Photo by Michael Weidner on Unsplash

If you have had much exposure to the study of the humanities, much less philosophy and theology, you have probably heard of the 20th-century Jewish thinker Martin Buber. You have encountered his famous “I-Thou” distinction. Namely, that we do and must relate to other people differently than we do to objects, which Buber called “I-It” relationships. We should, of course, use objects well, but we must revere another person, a Thou, who addresses us from within our own humanity.

In his new biography, Paul Mendes-Flohr sees this as Buber’s approach to interreligious relations as well. They are akin to an “I-Thou” dialogue between groups. You claim your own tradition because it is who you are. You also admit that you cannot truly step inside another person’s religious experience, cannot personally access its truth claims. Buber suggested we treat other religions as “sacred mysteries,” beyond our judgment.

Christ did not leave us in his Ascension; he became present to us in a new way. So there is no bad news on this day.

Martin Buber devoted his life to dialogue. In January of 1933, two weeks before Hitler’s appointment as chancellor of Germany, he participated in a Jewish-Christian dialogue with the liberal Protestant theologian Karl Ludwig Schmidt. The event was hosted by a Jewish studies center in Stuttgart.

For its time, it was a good start, yet Schmidt, who spoke first, insisted that Christians must understand themselves as compelled to preach the Gospel to Jews. Buber could see that the discussion was still at a level of contradictory, conflicting truth claims. To his mind, you do not have to convert or become the other in order to respect and even to revere the other.

What he said that day, reflecting upon the rather dismal state of Jewry in Europe on the eve of the Holocaust, was profoundly moving. It is also, oddly enough, a way to access a central mystery of Christ’s ascension.

Christ has carried our humanity into God. This means that we matter, that what happens to the least of us matters.

Christ did not leave us in his Ascension; he became present to us in a new way. So there is no bad news on this day. And the good news, the wonderful news, is that, for the first time, something truly human, something forged in our history, was taken up into God. So the great joy of this day is the validation of our humanity. At its best, all that is human is destined for life in God.

That day in 1933, Buber began his response by noting that he lived a short distance from the cathedral city of Worms. When visiting Worms, he said:

I always go first to the cathedral. It is a visible harmony of members, a whole in which no part deviates from perfection.... Then I go to the Jewish cemetery. It consists of cracked and crooked stones without shape or direction...there’s not a jot of form; there are only the stones and ashes beneath the stones. The ashes are there, no matter how thinly they are scattered. The corporeality of human beings, who have become ashes, is there. It is there. It is there for me...as corporeality deep in my own memories, far into the depths of history, as far back as Sinai.

I have stood there, united with the ashes, and through them the patriarchs. That is a remembrance of the divine-human encounter that is granted to all Jews. From this the perfection of the Christian house of God cannot separate me; nothing can separate me from the sacred history of Israel.

In Christ, we believe that God has entered human history. In his resurrection and ascension, he has taken the human into heaven, lifted the mortal into immortality. And Christ does not do this for Christians alone.

The Ascension shows us that God’s invincible grace is for everyone.
Michael Simone

It is not co-opting Judaism to note that our belief in the ascension of Christ validates what Buber said about God’s fidelity to the Jews. The Second Vatican Council would later say as much in “Nostra Aetate,” its 1965 document on the church’s relationship to non-Christian religions. “God holds the Jews most dear for the sake of their Fathers; he does not repent of the gifts he makes or of the calls he issues” (No. 4).

God never repents of his actions. God is as faithful to the Jewish people today as ever he was. God does not repent of us. Even when we fail him, if we persevere, we are forging, even in our failures, something destined for forever.

How people of other faiths access this truth is part of God’s own mystery. But we know that Christ has carried our humanity into God. This means that we matter, that what happens to the least of us matters. Human history is destined for something beyond itself. This includes our own small stories.

Excellent reflection! I am reminded of Abraham Heschel's assertion that he would go through the Holocaust rather than become a Christian. Wow! Yet Heschel was a great friend of Christians. So we have here the mystery of vocation. Its tie in with the Ascension? Jesus' commission at His Ascension to his followers to preach the good news to the whole world of God's faithfulness to His covenant with each human being.

Amen, Rhett Segall and thank you so much (again), Fr. Klein.