My time with Jean Vanier and his mom, the grandmother of L’Arche

My time with Jean Vanier and his mom, the grandmother of L’Arche 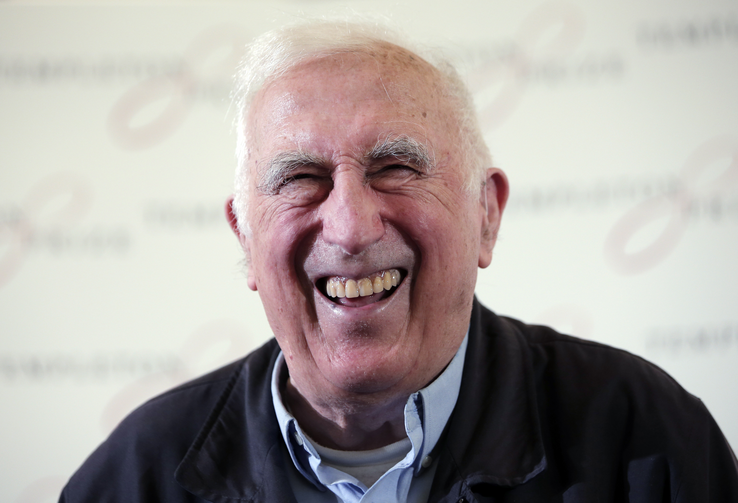 When Jean Vanier first invited Raphaël and Philippe, two men with intellectual disabilities, to live with him in a tiny house in Trosly-Breuil, France, his parents, a prominent couple in Canadian diplomatic circles, thought the whole thing sounded a little strange. Jean called this new little community L’Arche, and it grew into a worldwide movement of homes and support networks. At Jean’s invitation, Pauline and Georges Vanier visited the Trosly home—and were still not sure what to make of their son’s project.

Shortly after Georges died in 1967, Pauline was on retreat with a friend at a Trappist monastery. One day during the retreat, the Gospel was the parable of the rich young man who asks Jesus what he must do to inherit the kingdom. Jesus says to him: “If you wish to be perfect, go, sell what you have and give to [the] poor, and you will have treasure in heaven. Then come, follow me.” The young man goes away sad because he has many possessions.

After hearing the reading, Madame Vanier ran out of the chapel crying. Her friend asked what was wrong. She replied, “I have to go live in Trosly!” And so she did. Pauline Archer Vanier sold everything she owned and moved into a small house on the Rue d’Orléans in Trosly-Breuil. She became “Mamie,” the grandmother of L’Arche. For 20 years she lived just two streets up from Jean’s house, the Val Fleuri.

Pauline Vanier sold everything she owned and moved into a small house in Trosly-Breuil. She became “Mamie,” the grandmother of L’Arche.

I arrived at L’Arche Trosly in 1990 from the L’Arche house in Quebec. Madame Vanier invited me to lunch at her home within a week. She was then 92 years old; I was 22—and intimidated. But we hit it off. She asked me to come back, so I started visiting every day. During one of these visits, Jean came in while we were having lunch. Madame Vanier had her back to the door and did not see her son enter. He put a finger to his lips, tiptoed up behind her and put his hands over her eyes. “Guess who?” he said, all white-haired and mischievous at 62 years old. 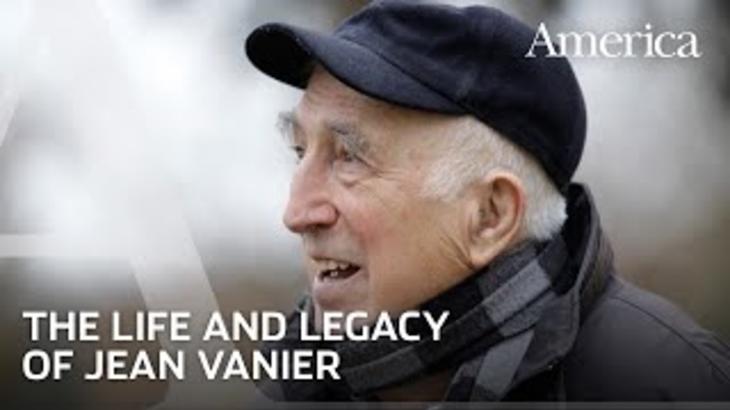 That is the Jean I already miss—miss more than the extraordinary things he did and said. His profound words and the achievements of his life will be easy to read about for years to come. But I will miss the ordinary things. How badly he did dishes. He just grabbed a large handful of silverware and shook it around in the soapy water before throwing it in the rinse tub. “You’re going too slow,” he said, as I tried to rub the food off the forks and spoons.

He had to be taken off dish duty and was assigned to putting leftovers away, and so he started going around to the three dining tables trying to get people to eat whatever was left in the serving bowls. In his little house next to the chapel in Trosly there was always dried spaghetti stuck to the wall above his stove. “You throw it at the wall. If it sticks, that is how you know it’s done.”

Jean Vanier will almost certainly be canonized, and perhaps he will be polished up a bit. But I hope he will also be remembered as a real person.

I miss how he played with the people in his house. Jean-Pierre Pratt came into the living room one day. Without a word he went over to Jean and grabbed his nose. “I have your nose,” said Jean-Pierre. Jean reached up and grabbed Jean-Pierre’s nose. The two very grown men looked at each other laughing and holding each other’s noses.

I miss his navy jacket with the zipper he used to move up and down before giving a talk and his navy corduroys with the worn back pocket. One day he approached Barbara, his assistant for many years, carrying a pair of those pants for her to mend. He sheepishly pushed his finger through one of the holes in a front pocket. “So that’s where all your money is going,” she said.

I miss the way he flapped his hands like hovering pigeons when he talked. Those long hands attached to long arms that were just slightly too long for his jacket. He used to help me with my coat then thump my shoulders when he felt the coat was on just right. I put it down to his aristocratic upbringing. He taught me how to eat artichokes.

Jean always brought everything back to the ordinary. He will almost certainly be canonized, and perhaps his story and manners will be polished up a bit. But I hope he will also be remembered as a real person. My husband, a doctor, says he will miss his hands and his feet. Jean asked him to look at the stricture in his right hand and check out the neuropathy in his right big toe. My husband took off his enormous shoe and then started reaching up his pant leg to take off his support sock. Jean’s legs were long, and it took a minute to get to the top of the sock. “How far does this go up?” he asked, and Jean erupted in laughter. It was easy to make Jean laugh.

I only saw Jean cry once—after his mother died. Mamie passed just before a pilgrimage to Lourdes in 1991 organized by Faith and Light, a network of communities for people with intellectual disabilities co-founded by Jean. We said goodbye Madame Vanier outside the large meeting hall in Trosly. As the hearse pulled away to take her to Canada, the whole community stepped out and waved, “Au revoir, Mamie!”

We went to Lourdes. Jean gave speeches. He seemed joyful, but at the train station on the way home he looked very white. He was getting on a different train to Paris and then catching a flight to Canada for Madame Vanier’s state funeral. He invited the L’Arche Quebec community to accompany him to it. When he came home to Trosly, he invited the people close to his mom to have a small memorial with him. We sat on the floor in her now empty dining room. Everyone said a memory about her. When it was Jean’s turn, he just burst into tears—messy, hands over his face tears. Barbara rubbed his back.

Jean, I want you to know, there are a whole lot of us crying that way for you. Say hello to Jesus for us and Mamie, too.

Wow--this is a tremendous essay! The story of faith as lived through family--both JV's birth family and the L'Arche family is especially compelling for how they intersected.

Jean Vanier served humanity with dedication and distinction. I have fond memories of my two meetings with him. 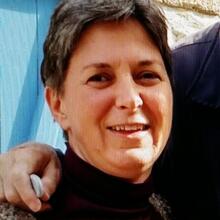