Do we ever retire from being mothers? 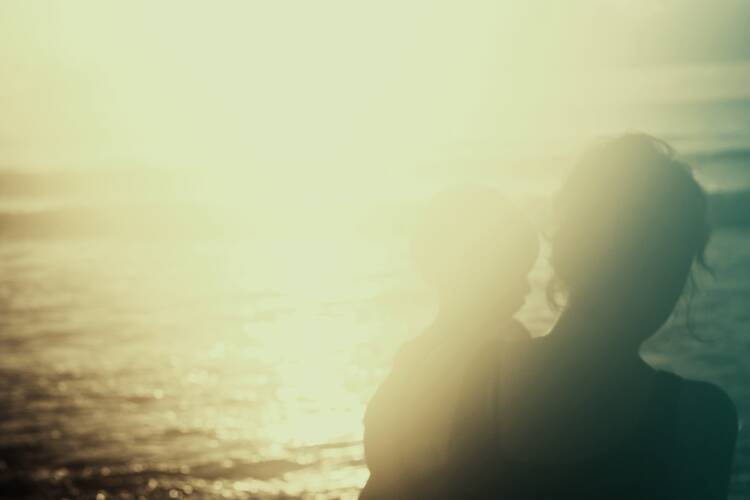 Photo by Matt Hoffman on Unsplash

His mother said to the servants,“Do whatever he tells you” (Jn 2:5).

Since retiring from my job, I have found myself afflicted by a mysterious ailment. Here is the main symptom, which my husband and I just had a fight about: He finds me irritating. We had a talk (after fighting), and he is right: I am mothering him. Smothering him. Treating him like he is incapable of managing adulthood. “I have a mother,” he said. “I want a wife, a partner, a best friend.”

It seems I cannot stop mothering.

I was an at-home mother during the formative years of my four daughters’ lives. I was also a stealth writer, penciling sentences on the back of the shopping list while waiting for a dance class to end, typing quietly before anyone was awake, selling essays on parenting to magazines and newspapers for modest sums. But mothering always came first.

Since retiring from my job, my husband has found me irritating. We had a talk (after fighting), and he is right: I am mothering him.

When my daughters got older, I worked full time in a state prison library, where I found that while incarcerated men might seem tough, many of them really needed a mother. As my adult daughters moved away, my mothering skills were still useful in working with hundreds of inmates. I have always been good at mothering.

Apparently, I just don’t know when to stop—or whether or not I am supposed to stop.

Thoughts about mothering and not mothering were gnawing at me when I heard Glenn Close’s acceptance speech at the Golden Globes. She had just won a best-actress award for her portrayal in “The Wife” of a woman long obscured by her husband’s shadow. “My mom...sublimated herself to my father her whole life,” Ms. Close said.

Her words stunned me. That was my mom. That was a whole generation of moms. I often felt sad for my mom for never figuring out who she was beyond her roles as a wife and mother. But she didn’t know how. She didn’t know where to begin. Decades of sublimating herself to my father and her six children left her feeling betrayed and abandoned when that long chapter was over. Ever after, she was unhappy, bitter, closed-off from life. I loved her, but I never wanted to be her.

Do mothers retire? Should we retire? I would have said no, that my daughters would continue to need some part of me until I die.

Glenn Close made many women in the audience wipe away tears of recognition. “Women, we’re nurturers...but we have to find personal fulfillment,” Ms. Close said. “We have to...follow our dreams.”

I think of my daughters, now grown up, and how nurturing them was the most important work I ever did. They long ago fledged from the nest. Today I watch them following their dreams through a precarious and not always cooperative world. I am proud of them. Since my retirement, however, I have unconsciously slipped into mom-mode. More specifically, my-mom’s-mode. I am smothering them, too. I am hovering. I am worrying. I am feeling unnecessary. I am acting like someone I do not care to be.

Maybe I need to retire from mothering, too.

Do mothers retire? Should we retire? I would have said no, that my daughters would continue to need some part of me until I die. On an existential level, I know that is true. But while mothering an adult is quite different from mothering a child, the role of mothering is not one that I would have thought we mothers ought ever relinquish.

I’m officially retiring from motherhood. That is, from active motherhood.

Because we remember. We remember so many intimate things about our children that would embarrass them if we mentioned them today. Like Mary, the mother of Jesus, we can only ponder these things in our hearts. We have known these children since they were in the womb, since they flipped about like fish and made us feel like we were possibly harboring an alien. But we understood in our bones the concept of unconditional love when we gave birth and fell in love in the same instant. We remember inhaling deeply of the folds of our baby’s neck. We can still feel the pull of that tiny astonishingly strong mouth on our breast, as clearly as we might remember being slapped really hard. That’s a mother’s love.

As the church faces another crisis, look to women for help
Valerie Schultz

My conflicted thoughts turn again to Mary, a woman with a heart full of these same experiences of mothering. I think of the story of a wedding feast she attends with her adult son, where she prods him to own his mission. “Woman.... My hour has not yet come,” Jesus tells her. But Mary knows better. Although she walks with her son for the duration of his ministry, even to the foot of the cross on Golgotha, she knows she has already given him over to us. Our spiritual role model for mothering knows when to step in and when to step out of her child’s life. Knowing when—and when not—to mother is also a mother’s love.

What am I learning from this? That my family needs me to let go and follow my dreams, rather than inexplicably sublimate myself to the job my mother never knew how to quit. I suspect that the only person keeping me from embracing personal fulfillment is myself—or the ghost of my mother in me, one in a long line of nurturers who did not know what to do with themselves once their children were grown.

So thanks to a little insight from Mother Mary and a little boot from Glenn Close, I’m officially retiring from motherhood. That is, from active motherhood. I will remain in the mother reserves, like the military. You never know: I might be needed. In the meantime, my husband can relax. I am done mothering him. I will be the one writing away, chasing my dreams, one essay at a time.

Having been able to celebrate my mother's 95th birthday last week, I can relate first hand that physical limitations not withstanding, the desire, skill and aptitude of mothering is not lost on the three following generations. But she is not quite so adept with a wooden spoon as she was in 1962.