Why is our prayer met with God’s silence?

Why is our prayer met with God’s silence? 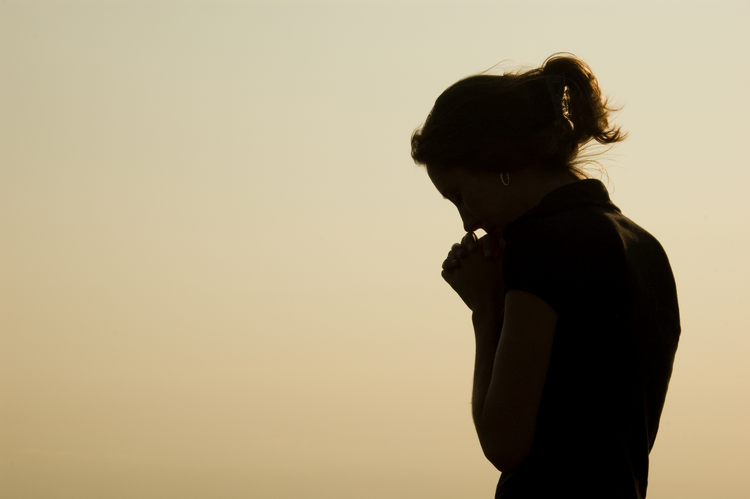 The poem “In a Country Church” was penned by the Anglican priest and poet, R. S. Thomas. A man enters an empty church. It is a cold day in the start of winter. He is seeking God. The same act is repeated countless times each day in churches all over the world, ever since there have been churches.

Here is a question to bring to the poem. Does the one who comes to this empty church seeking God find his Lord?

To one kneeling down no word came,
Only the wind’s song, saddening the lips
Of the grave saints, rigid in glass;
Or the dry whisper of unseen wings,
Bats not angels, in the high roof.

Was he balked by silence? He kneeled long
And saw love in a dark crown
Of thorns blazing, and a winter tree
Golden with fruit of a man’s body.

Was something of God’s glory seen in this empty, wintry church? “To one kneeling down no word came.” Yet this seeker has come, most likely, many times before. Was he expecting to hear a voice from heaven?

“Only the wind’s song, saddening the lips/ Of the grave saints, rigid in glass.” First, the faith of the one praying is slightly taunted. Listening prayerfully to God’s silence, he only hears the wind, whipping through the world. Why can’t the one who comes into church this cold day find the Lord, who gave such meaning to the lives of the grave window saints, frozen in wintry light?

The one praying must open himself to God, become vulnerable, look foolish even to himself.

A second taunt: “Or the dry whisper of unseen wings/ Bats not angels, in the high roof.” At least the sound of wings brought angels to mind in this faithful soul. Yet the bats only bellow how empty, how useless this house of God is to most of the world.

“Was he balked by silence?” Did one more, innumerable soul seek God’s glory, God’s presence, God’s balm, only to leave as lonely as he came?

He kneeled long,
And saw love in a dark crown
Of thorns blazing, and a winter tree
Golden with fruit of a man’s body.

Note that he kneels. This is the second deliberate opening of himself to God. The first was coming into the church. The seeker knows that God is not an object to be studied, one more part of the world to be mastered. The one praying must open himself to God, become vulnerable, look foolish even to himself, as he is taunted by silence, wind and bats.

The God who reveals self in the intimacy of prayer is a person, not a fact.

If one theme runs throughout the entire New Testament it is that knowledge of God comes from intimacy with God. Chosen disciples, not the entire apostolic band, ascend the mountain with Jesus. Does Christ choose to make them his intimates by showing them his glory? Or does he show them his glory because they are his friends? The latter corresponds to our own experience.

On the mountain, they open themselves to God in prayer. Only then is his glory, the reality, the weight and the wealth of God’s life revealed to them. Notice how tightly St. Luke ties this moment of glory to the Christ’s coming cataclysm in Jerusalem:

While he was praying his face changed in appearance
and his clothing became dazzling white.
And behold, two men were conversing with him, Moses and Elijah,
who appeared in glory and spoke of his exodus
that he was going to accomplish in Jerusalem (9:29-31).

Having known this intimacy in this moment of prayer, the apostles fall silent. Why? Because the God who reveals self in the intimacy of prayer is a person, not a fact. One can divide and debate facts with anyone. Yet you cannot look love in the face and then share that experience with others with your words. Intimacy can only be shared between those who love. It cannot be summarized. Intimacy lives in silence.

He kneeled long,
And saw love in a dark crown
Of thorns blazing, and a winter tree
Golden with fruit of a man’s body.

In this still, wintry church there is no new act of revelation. Rather there is the continuing revelation that God gives to those who love him, who seek him in prayer.

In the dead of winter—winter outside, winter in his soul—he sees the empty branches of winter’s tree, the cross of Christ, and there he espies that it is “Golden with fruit of a man’s body.”

He sees in the naked, tortured-yet-beautiful flesh of the savior something of the same glory that the disciples saw on the mountain. The glory they would see again as the pondered in their imaginations Christ on the cross of Calvary.

The world is wintry and silent. Yet on a winter tree, love reveals itself to the one who seeks. He will depart in the deepest of silences. There is nothing to share. Only the best of poets could hint at what it means to look upon love itself. Fortunately, Ronald Stuart Thomas was one of the best.

Thanks, Fr. Klein. This is beautiful.

When we think about the god in the church than we feel a relax-able mind and sometime we relised the all pressure from this type of places and i have share that free online checkers games it is the most interesting game that you have seen and played in your free time.

Yes, a very beautiful and insightful submission by Father Klein! Submitting the following I venture the following thoughts gratefully. As I see it, God is not silent, far from it! True, we do have God’s revealed Word that our ways are not His ways, nor are our thoughts His thoughts. So, where do we look to find comfortable converse with the Almighty? I think success resides in the reality that God is first and foremost our Father and like any good Father, God doesn’t just correct, but also loves, His corrections acts of love, nourished and delivered lovingly How do we know this? We know this through Faith, which in practice reveals vistas of wisdom, otherwise sanded-over.

I’ve suggested that God’s corrections are acts of love and now offer the following strand of Franciscan Speculative Theology as “proof.” I don’t remember if it was Scotus, or Bonaventure, or another Franciscan scholar who said Hell is a creation of God’s merciful love, recalling that His revealed Word reminds that “God’s love is above all His words.” Thus, it would have been a greater Hell for the Fallen Angels whom after the Fall venomously hated God to remain in heaven. So in mercy God cast them out to the specially prepared place called Hell. Only a speculation, interesting to be sure.

Finally, other ways that God speaks are through signs and wonders, in Revelation His loudest words through the Sign of the Cross, Redemption. Other ways of God speaking are in the Seven Sacraments. Many other ways too – find them!

Thank you Father Terrance Klein for this beautiful and inspiring article. To your question, "Does the one who comes to this empty church seeking God find his Lord?" Answer: Yes, I am absolutely certain, beyond doubt, that this man has found his Lord. Just like Elijah before us, God is not to be found in the powerful wind, not in the earthquake, not in the fire, but a gentle whisper that speaks to the hearts of all who profess their love for Him. Many have come to the wintry churches around the world to encounter the Almighty. He is the Almighty. He is God, Creator of heaven and earth.

I’m reminded of CS Lewis’ wonderful answer to this question: “I know now, Lord, why you utter no answer. You are yourself the answer. Before your face questions die away. What other answer would suffice?”