Secret archives, Cardinal Pell and the slow progress of the sex abuse summit

Secret archives, Cardinal Pell and the slow progress of the sex abuse summit 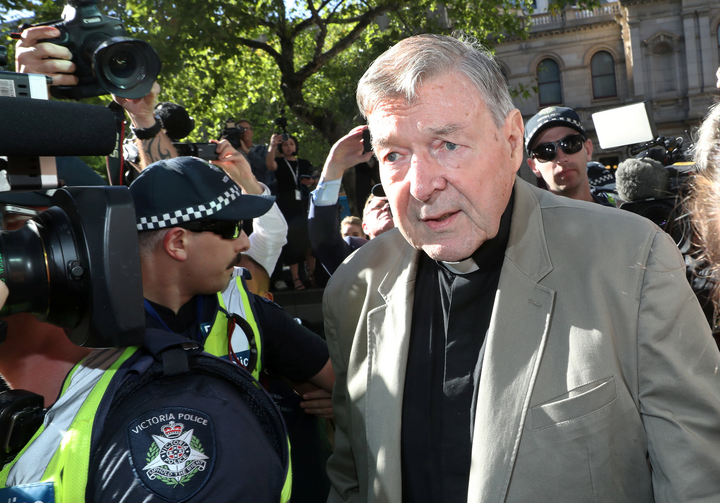 Australian Cardinal George Pell arrives at the County Court in Melbourne Feb. 27, 2019. Cardinal Pell was jailed after being found guilty of child sexual abuse; the Vatican announced his case would be investigated by the Congregation for the Doctrine of the Faith. (CNS photo/Daniel Pockett, AAP images via Reuters)

This week on “Inside the Vatican,” Gerry O’Connell and I update you on what has been happening since the sexual abuse summit.

First, we take a look at the handbook that the Vatican is putting together on how to handle cases of sexual abuse, and how to put the proper structures in place in each diocese. Gerry and I also examine why Pope Francis is opting for a slower pace of reform—and whether this route can be more effective in the long run in preventing the abuse of minors and vulnerable adults.

Just after the abuse summit, an Australian court’s gag order was lifted, revealing that Cardinal George Pell had been found guilty of sexual abuse. He now waits in prison until his appeal is heard in June. Meanwhile, the Vatican has opened a canonical investigation of Cardinal Pell. I ask Gerry what it means if the Vatican’s trial reaches a different verdict than the civil trial.

Finally, Pope Francis has opened the Vatican’s secret archives on Pope Pius XII. Gerry explains what these archives contain and why it took so long for these documents to be made available to researchers.